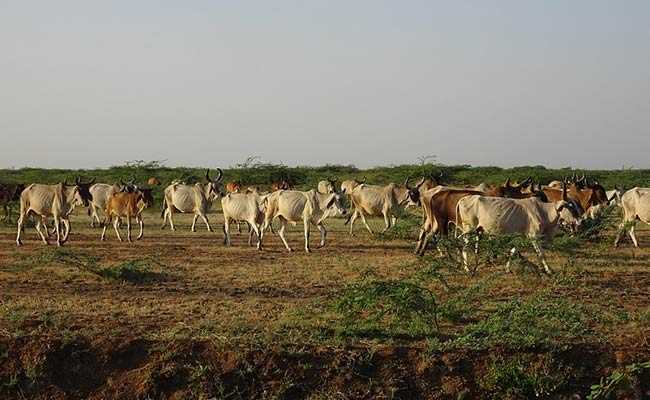 As many as 126 head of cattle have died and 25 districts have been infected by the Lumpy virus in Maharashtra, the state animal husbandry department said on Saturday.

“A total of 126 infected animals have died, including 47 in Jalgaon district, 21 in Ahmednagar district, 2 in Dhule, 18 in Akola, 14 in Pune, two in Latur, six in Satara, five in Buldhana, seven in Amravati, one in Sangli, one in Washim, one in Jalna and one in Nagpur district,” the statement said.

The statement further reported that although the contagious lumpy skin disease (LSD) is spreading rapidly, it is not transmitted to humans either through animals or through cow’s milk.

“Nodular skin disease (LSD) has spread rapidly throughout the state of Maharashtra. It is a viral skin disease of bovines. This disease is not transmitted to humans or through animals. animals or through cow’s milk,” said the statement from the animal husbandry department. .

In the statement, IAS official Sachindra Pratap Singh appealed on behalf of the government: “Although the disease has been spreading, the spread is limited to cows and bulls and is not zoonotic. Strict action will be taken if it spreads.” rumors on social networks. media.”

He also reported on the allocations and arrangements being made to combat the situation.

According to the animal husbandry department, a fund of Rs 1 crore per district has been made available through DPC for the purchase of medicines needed in the treatment of the disease. A fee of Rs 3 per vaccination has also been allowable for vaccinators and trainees of Maharashtra Animal and Fisheries Science University (MAFSU).

“Government Veterinary Officers and Private Doctors are required to carry out treatment as per MAFSU treatment protocol. All ranchers are also requested to avail free treatment for their affected cattle at their doorstep by informing the Dispensaries Government Veterinarians/Livestock Development Officials nearby about any symptoms of LSD,” the statement further said.

The Animal Husbandry Commissioner said: “In accordance with Section 4(1) of the Prevention and Control of Infectious and Communicable Diseases in Animals Act 2009, every person, non-governmental organisation, local self-governing body concerned is obliged to report such information to the nearest veterinary institution if symptoms of this disease are found in animals”.

The Maharashtra animal husbandry department statement further advised Gram-panchayats to spray insecticides as the disease is spread through flies, mosquitoes and ticks.