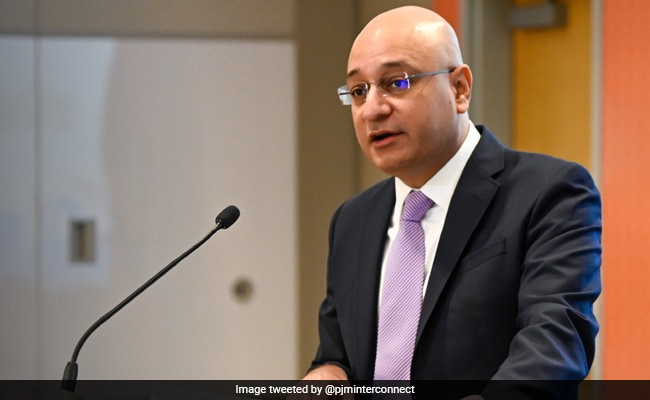 Manu Astana is the CEO and President of PJM.

US President Joe Biden has announced his intention to appoint American-Indian Manu Astana and Madhu Berriwal to his National Infrastructure Advisory Board.

The President’s National Infrastructure Advisory Council (NIAC) advises the White House on how to reduce physical and electronic risks, and improve security and resiliency in the nation’s critical infrastructure sectors.

“Under his leadership, PJM has established a clear path to define the role of the grid operator in the transition to a cleaner, more efficient grid while maintaining reliable electrical service,” the White House said.

Asthana has extensive leadership experience in the power industry in the areas of power generation operations, upgrading and transmission, competitive electricity retail, electricity and natural gas trading, and risk management. The White House added that he is a member of the Electricity Subsector Coordinating Council and serves on the Board of Trustees of Texas Children’s Hospital.

“He is also a board member of the Greater Philadelphia Chamber of Commerce. Astana holds a Bachelor of Science in Economics from the Wharton School at the University of Pennsylvania, where he was a Benjamin Franklin scholar and a Joseph Wharton scholar,” he said.

Under Berriwal’s leadership, IEM has led some of the largest mitigation and resilience efforts across the United States, resulting in stronger post-disaster rebuilding including disaster recovery programs, and delivering federal funds to survivors and communities faster than any other program of the same type and size. The White House said.

“For more than 37 years, Berriwal has dedicated itself to using technology to enhance preparedness and response, building resilience in communities and their critical infrastructure. She was inducted into the International Women’s Hall of Fame in Homeland Security and Emergency Management in 2012,” he said.