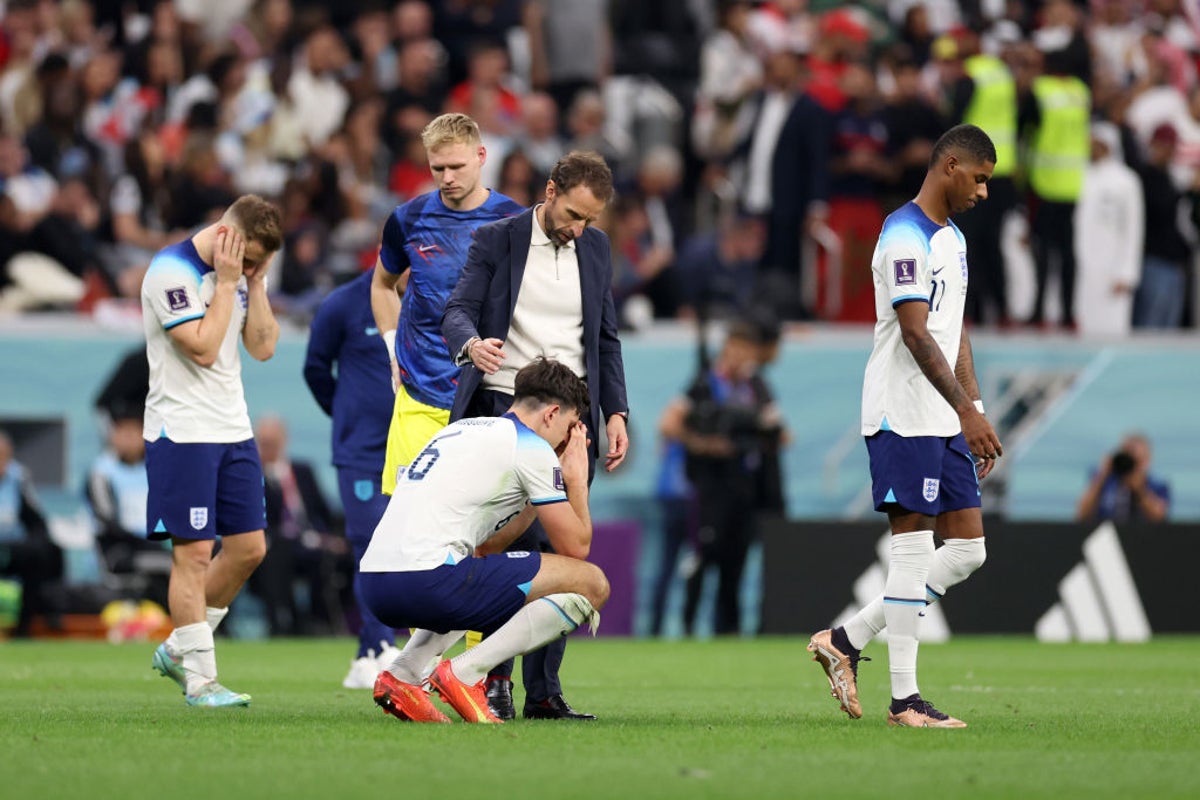 Harry Maguire hailed Gareth Southgate as “incredible” as the England boss considers his future after an agonizing World Cup 2022 quarter-final exit at the hands of France.

Harry Kane scored a penalty and missed a second as a 2-1 loss to Les Bleus prevented England from reaching back-to-back World Cup semi-finals for the first time in their history.

Southgate has said he wants time to reflect on the tournament before deciding whether to continue, with his contract until after Euro 2024.

However, his players have come out to support the 52-year-old, and Maguire is the latest to praise Southgate.

“I’m sure if you asked every single player on the team they couldn’t speak highly enough of him, his man management, the way this team has been built and developed over a period of time.

“Over the last five or six years with Gareth in charge, you can really see the development. I know coaching England is very difficult, they look at every decision they make, every team they make, ‘should be there’ or ‘shouldn’t be there’. Every team he picks, ‘should play’ or ‘shouldn’t play’… that’s being an England manager.

“He knows how to handle it, he handles everything very well and tactically hits all the big decisions and he has shown that again in this tournament.

See also  Who do England play next if they beat France?

“This is tournament football and you can only take care of performance. Four years ago against Croatia we didn’t play well enough to reach the final.

Maguire believes a change in England’s mentality means the defeat to France was tougher than recent tournament defeats, having also represented his country in the semi-final run in Russia four years ago and the loss on penalties to Italy in the Euro 2020 final last summer.

“The hardest thing to take, it’s the most disappointed I’ve ever been, the reason is that we thought we would win the tournament,” he added.

“That’s not arrogant. There are five or six teams that believe the same thing. It’s the first tournament I’ve been to where the group of players that made it to the quarterfinals, went through and lost in a semifinal or a final wouldn’t have seemed good enough to us.”

The Manchester United captain entered the World Cup after being knocked out by Red Devils boss Erik ten Hag.

But he started every game for England, keeping the faith of Southgate, and believes he “proved” himself once more.

“Personally, at this moment, I am a boy, I love my country and to come out of a tournament, I don’t look at myself, I look at the team,” he added.

“I look at the team and every time I put on this jersey I want the team to do well. Listen, I would have preferred to have a bad game tonight and pass.”