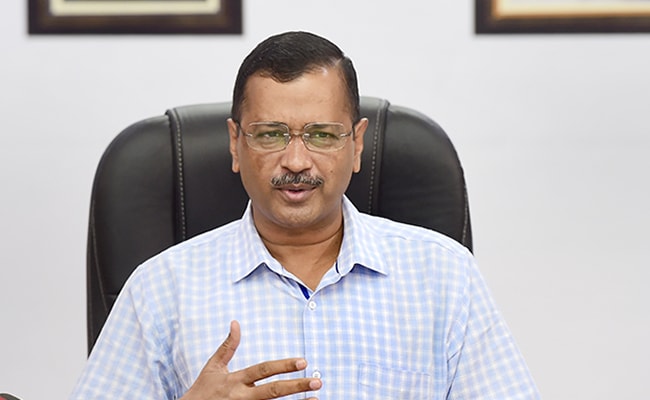 Any AAP member could be jailed on trumped-up charges as the BJP is doing its best to “crush” the party fearing defeat in Gujarat’s upcoming assembly elections, Delhi’s chief minister said on Wednesday. , Arvind Kejriwal.

In a digital address, Kejriwal claimed that Vijay Nair was arrested by the CBI after several rounds of questioning after he refused to give in to pressure from the agency to give a false statement against Manish Sisodia to implicate him in the “scam” of excise duty policy.

Nair was arrested for his alleged role in “cartelization” and “conspiracy” related to alleged irregularities in the allocation of liquor licenses in the capital, according to the sources.

Criticizing the BJP-led Center for Vijay Nair’s arrest, Kejriwal charged: “They are extremely nervous and have gone crazy as the (popularity) graph of the Aam Aadmi Party in Gujarat is increasing every day at a very fast rate.” Gujarat people are taking to the streets and openly criticizing them (BJP).”

The AAP National Coordinator claimed that Mr. Nair had nothing to do with the alleged liquor policy scam, but was arrested by the CBI because he refused to give in to their pressure to make a false statement against Mr. Sisodia to implicate him in the case.

Kejriwal accused the BJP-led Center of “hatching a 24/7 conspiracy” to frame AAP leaders in bogus cases, fearing their defeat in the upcoming assembly elections. from Gujarat.

The BJP-led government in the Center is engaged in playing “dirty politics” and wasting time, instead of providing relief to the country’s people from problems such as rising prices and unemployment, he added. “Vijay Nair was a small party worker and was dealing with the party communications related work. He did very well in Punjab and was currently preparing the party communications strategy for Gujarat.

“The CBI, which had been calling and questioning him for the past few days, was pressuring him to name Sisodia in the case,” he charged.

“But he is a true AAP worker. He refused to lie. That is why they arrested him,” he added.

Kejriwal said the AAP is fighting “a second battle” for India’s freedom and urged his party leaders and workers to remain prepared to go to jail and even make “supreme sacrifices,” taking inspiration from the iconic fighter for freedom Bhagat Singh.

“In the last 75 years, first one party looted the country and now another party is looting it. We have to save the country from them,” he said in a veiled reference to the Congress regime in the past and the BJP today. .