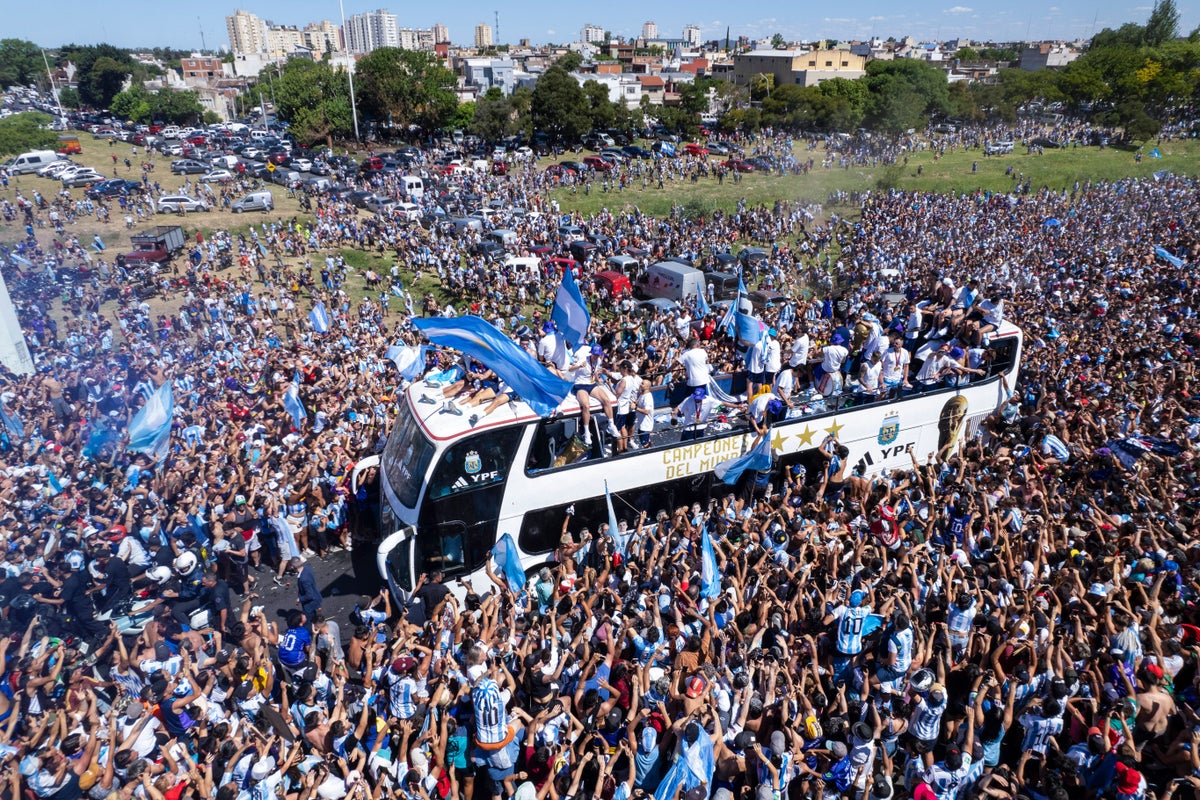 An Argentine died celebrating his country’s World Cup victory when the flag tied around his neck got caught on his motorcycle.

Sebastián Oscar Maciel, 22, died of suffocation in the La Falda neighborhood of Bahía Blanca, some 400 miles south of Buenos Aires. The incident occurred on Sunday night minutes after the final.

According to Argentine media Station Plusemergency services arrived at the scene and discovered that Mr. Maciel’s flag was tied to the wheels of his Honda XR 150cc.

A police spokesperson said that, according to an initial assessment: “According to several witnesses, the motorcyclist fell onto the road where it was observed that he was carrying the flag around his neck, for which, according to the first investigations, he died of suffocation. .”

The incident occurred before another Argentine fan fell to his death from a roof in Buenos Aires while celebrating.

According to reports in The nationThe Buenos Aires Ministry of Health confirmed that the 24-year-old died of a fatal head injury at the Fernández Hospital after being admitted “after a fall from a height, in the context of the massive festivities that took place in the City of Buenos Aires.” . Buenos Aires”.

He was found unconscious on the third floor of a parking lot on Monday morning by police officers, who stated that “he was jumping on the roof, celebrating the victory of the National Team, until a plate broke and fell.”

A five-year-old boy is also reportedly in a coma after the celebrations.