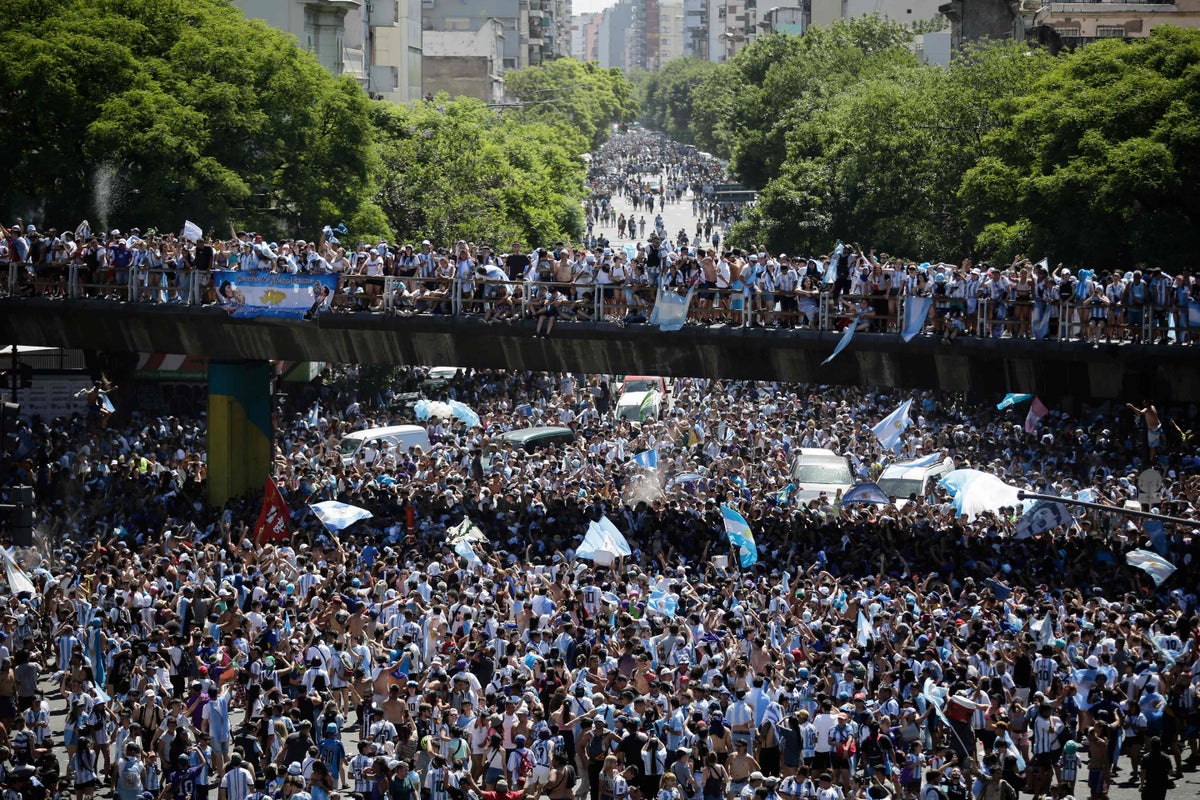 An Argentina fan has died after falling from a roof in Buenos Aires, while a five-year-old boy is in a coma following celebrations of the national team’s dramatic 2022 World Cup victory.

According to reports in The nation, The Buenos Aires Ministry of Health confirmed that the 24-year-old died of a fatal head injury at the Fernández Hospital after being admitted “after a fall from a height, in the context of the massive festivities that took place in the City of Buenos Aires.” Aires”.

He was found unconscious on the third floor of a parking lot on Monday morning by police officers, who stated that “he was jumping on the roof, celebrating the victory of the National Team, until a plate broke and fell.”

Argentina dramatically won its first men’s soccer World Cup since 1986 on Sunday inspired by Lionel Messi La Albiceleste to a penalty shootout victory over France following a 3-3 draw in what is widely considered the greatest final of all time.

This victory sparked great celebrations throughout the South American country, but they were marred by the death of the supporter in the capital city. After the news was released, the young man’s family issued a statement in which they gave their version of the events.

The statement explains how he “decided to urinate on the side of the road past the railing and that’s when he falsely stepped on an old plastic sheet that served as the roof of the restaurant parking lot and fell.”

They added that “he wasn’t high, he wasn’t drunk, he just didn’t want to be watched while he urinated. He was a healthy child, a student and a worker who wanted to go home for dinner and continue celebrating more calmly.

The nation It also reports that a five-year-old boy is in a coma with injuries resulting from the impact of a piece of marble that fell from a monument in Plaza San Martín, where he was celebrating with his family.

He reports that he has been transferred to the Maternal and Child Specialized Interzonal Hospital, where a serious head injury was found that required admission to intensive care and has left him in a coma.

This news comes amid an estimated 4 million fans filling the streets of Buenos Aires to greet their returning heroes in an open-top bus parade. However, the parade had to be canceled for security reasons and the players were forced to continue the tour by helicopter.

A fan jumped onto the bus from an overhead bridge and dropped onto the upper deck occupied by the Argentina players. A second fan tried to follow him, but he missed the bus and narrowly missed Messi, who fell backwards and into the crowd.

The head of the Argentine Football Association (AFA) later confirmed that the players were unable to reach the central Obelisk monument as planned due to the size of the crowd.

President Alberto Fernández declared Tuesday a national holiday so the country could celebrate the victory. The World Cup and the success of the squad have brought much-needed good news for a country that has been economically stagnant for years and suffers from one of the highest inflation rates in the world, where almost four out of 10 people live in poverty.