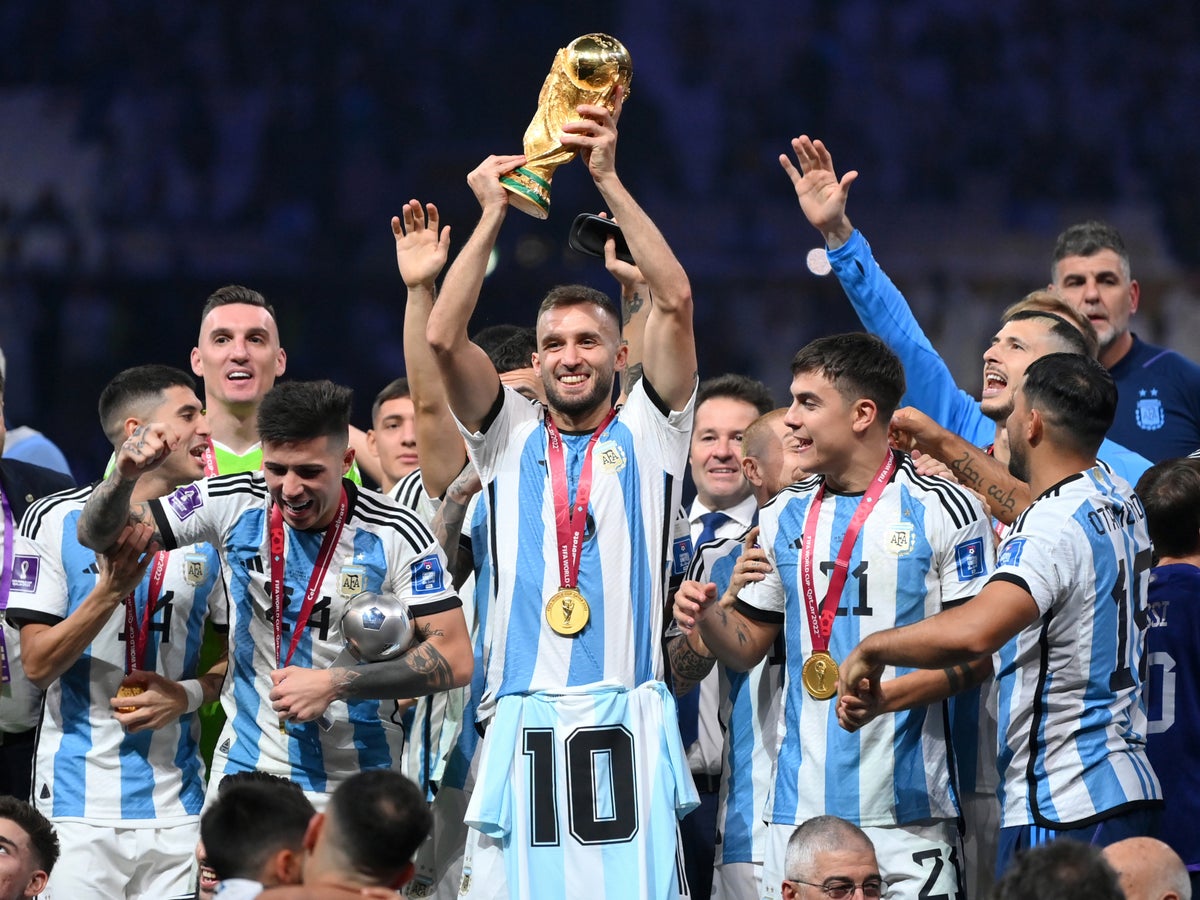 Argentina paid tribute to the late Diego Maradona during World Cup celebrations on Sunday as the national team won the trophy for the first time since the icon inspired them to the world title in 1986.

By beating France on penalties in Qatar after the final ended 3-3 after extra time, Argentina became three-time world champions while denying France that same status. It was the first edition of the World Cup since Maradona died at the age of 60 in 2020.

Lionel Messi scored twice on Sunday, while his Paris Saint-Germain teammate Kylian Mbappe scored a hat-trick to claim the golden boot, to finally lift the only trophy that had eluded him for a long time.

After the Argentina captain did just that, the trophy was passed around among his teammates. Defender Germán Pezzella could be seen wearing an Argentina jersey with the number 10 on the back, a jersey from Maradona’s time with the national team, when the former midfielder wore the number.

Four years later, under the management of Alejandro Sabella, Argentina were runners-up against Germany in Brazil, marking the third time the national team had lost a World Cup final.

They then went out to eventual champions France in Russia in 2018, losing to Les Bleus in the round of 16.

However, Argentina ended their 36-year wait for gold on Sunday with a victory over the defending champions in the most dramatic final.