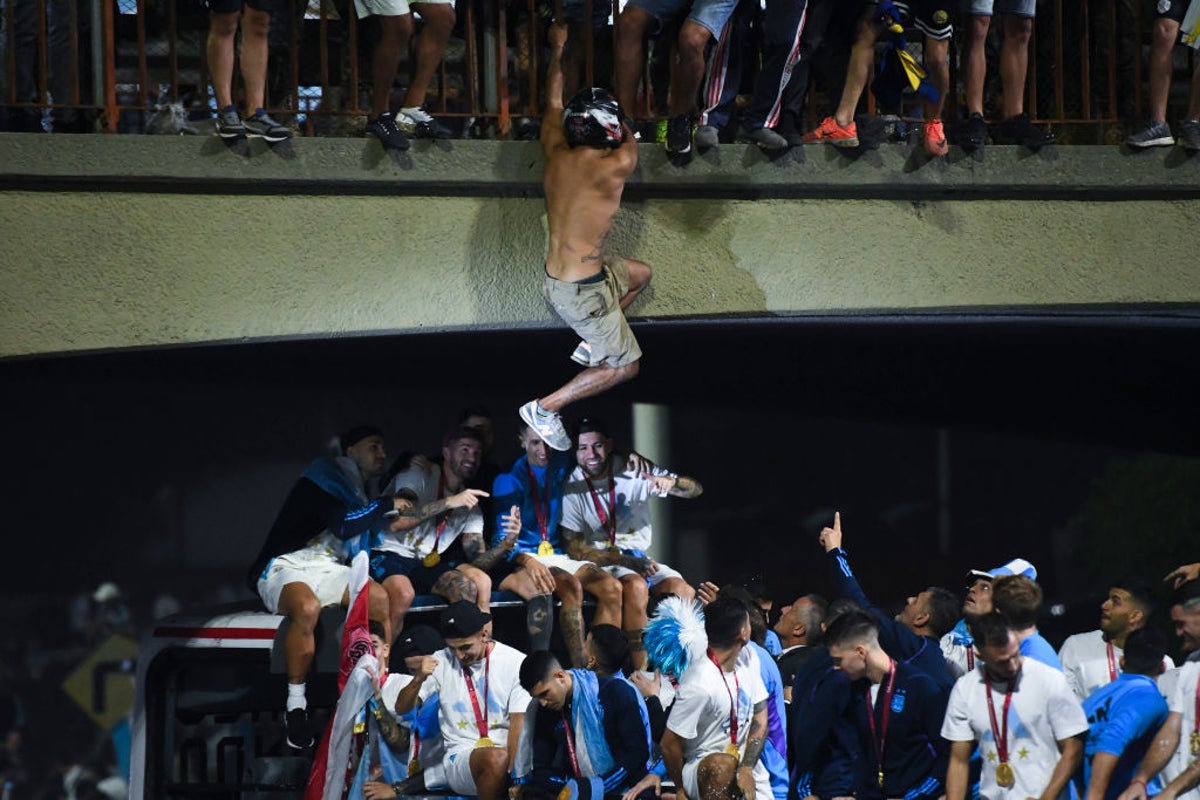 A triumphant parade of open-top buses for Argentina’s World Cup-winning soccer team was canceled due to security concerns as some four million fans lined the streets of Buenos Aires, forcing players to continue your tour in helicopters.

The head of the Argentine Football Association (AFA) confirmed that the players could not reach the central monument of the Obelisk as planned due to the amount of public. The footage also showed an Argentinian fan jumping onto the bus from a high bridge.

The players were then transferred to helicopters and Lionel Messi and the rest of the Argentine team will greet the crowd from the air. The open-top bus came to a halt as fans poured into the streets to celebrate Argentina’s first World Cup victory since 1986.

The head of the AFA, Chiqui Tapia, tweeted: “They don’t let us get to greet all the people who were at the Obelisk. The security agents who were escorting us did not let us move forward. A thousand apologies from all the champion players.”

Another statement from the organization read: “The players will end the festivities by flying in a helicopter over the crowd of fans who gathered in the city of Buenos Aires to celebrate the victory in Qatar.

“They made that decision after verifying that they could not continue advancing by bus in the middle of the crowd.”

President Alberto Fernández declared Tuesday a national holiday so the country could celebrate the victory.

In the afternoon, fans began arriving at the Buenos Aires airport and outside the AFA headquarters hoping to see the team.

On the long flight from Qatar, Messi held up the World Cup while Nicolás Tagliafico posted a photo of the trophy strapped to a seat.

The World Cup and the success of the national team have brought much-needed good news for a country that has been economically stagnant for years, suffers from one of the highest inflation rates in the world and where almost four out of 10 people live in poverty.

“Thank you for this greeting, President Putin,” Fernández wrote on Twitter after a phone call with the Russian leader.

“Let the joy that today unites Argentina with so many countries in the world serve as an example: our societies need unity and peace.”