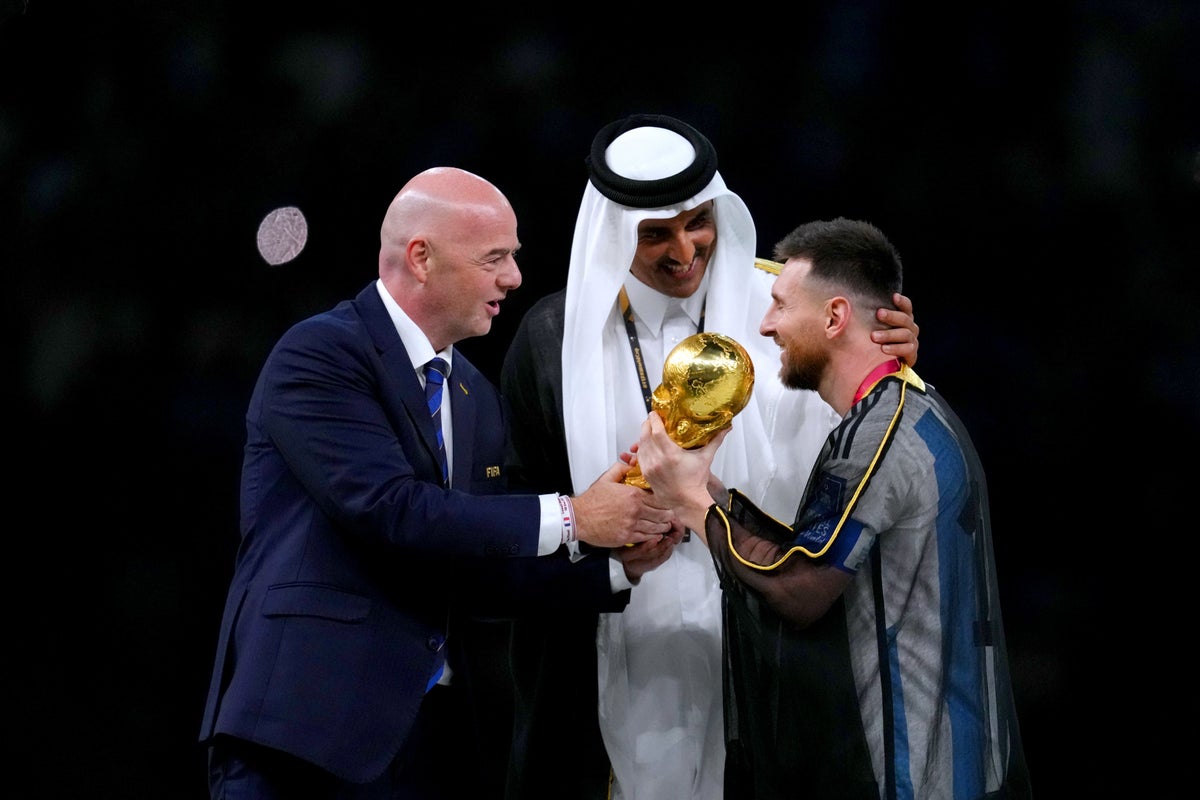 Goals records fell and South America and Europe remained the dominant forces of the World Cup as Argentina edged past France to glory in Qatar.

Here, the PA news agency breaks down key statistics from the tournament and how it compares to previous editions.

This tournament set a single World Cup goalscoring record of 172 in the 64 matches.

That meant an average of 2.69 goals per game; for comparison, Euro 2020 averaged 2.78 with 142 in a smaller 51-game schedule. There were 17 penalties scored, after the three in the final, and only three own goals compared to the 22 and 12 in the last timeout.

The 117 different goalscorers in the tournament came within five of the World Cup record set four years ago, and will surely be eclipsed in the new 48-team format from 2026.

With 225 yellow cards shown in the tournament, 2022 narrowly surpassed 2018’s 221 by equaling the four red cards on that occasion.

The most striking difference has been stoppage time, with games averaging an additional 11 minutes due to FIFA’s stricter implementation of ball-in-play time. That’s just over six minutes per game in 2018.

Kylian Mbappe’s hat-trick in the final led him to win the Golden Boot over Lionel Messo with the most goals in 20 years.

Since 1978, only former Brazil striker Ronaldo had scored more than six goals in a single World Cup, winning the award with eight in 2002.

Two five-goal winners followed, German striker Miroslav Klose in 2006 and Thomas Muller in 2010, but otherwise six has been the magic number.

Mbappé’s eight – and Messi’s seven – surpassed the tallies of Mario Kempes in 1978, Paolo Rossi and Gary Lineker in 1982 and 1986, Toto Schillaci, joint winners Oleg Salenko and Hristo Stoichkov, and Davor Suker in the 1990s. and James Rodríguez and Harry Kane in the last two tournaments before this one.

Just Fontaine’s incredible 13 for France in the 1958 tournament remains the all-time record.

UEFA and Conmebol remain the only two FIFA confederations to have provided a World Cup finalist, with 10 South American winners now against 12 from Europe, providing 17 runners-up to Conmebol’s five.

Morocco became the first African nation to reach the semifinals, but Croatia, by seeing them off in Saturday’s tiebreaker, secured third place for a European country for the 11th consecutive tournament. They joined Germany as the only repeated name on that list of nine different nations.

See also  Predicting how Portugal vs Switzerland will play out at the World Cup
In this article: