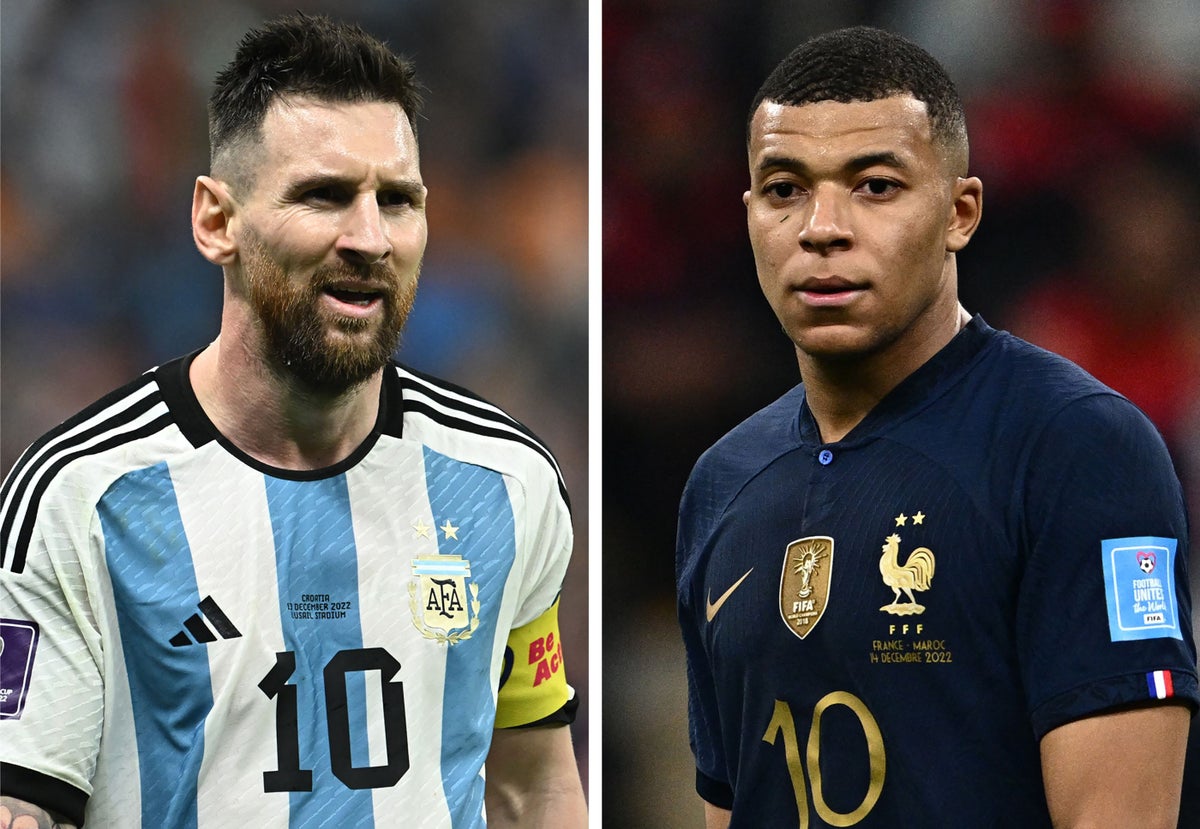 World Cup Final: Messi trains with his team before Argentina-France

Argentina plays France in the World Cup final in Qatar as Lionel Messi faces one last chance to win soccer’s biggest prize. Messi’s final World Cup appearance could see the 35-year-old win the tournament for the first time, perhaps cementing his position as the greatest player in the history of the sport.

Standing in the way of Messi and Argentina are defending champions France, as The Bluesthey are aiming to become the first team in 60 years to win back-to-back World Cups. French striker Kylian Mbappé reaches the final level with Messi atop the golden boot standings with five goals, as two of football’s biggest stars go head-to-head on the grandest stage.

It will decide a World Cup that has produced shocks and impressive moments on the pitch, while dominated by controversy off the pitch in Qatar. But amid coverage of the host country’s human rights record, treatment of migrant workers and attitude towards LGBTQ+ rights, Qatar was also presented with a dream final in which history will be made.

Will Messi achieve immortality by finally winning the World Cup, or can France crash the party to defend their title? Follow all the preparation and action on our live blog below:

Argentina coach Lionel Scaloni kept his cards close to his chest when asked about his possible lineup to face defending champions France in the World Cup final.

See also  Is Japan vs Spain on TV? Start time, channel and more

“We have already decided on the strategy and we will play in the way we believe that we can hurt our rivals more and suffer less,” Scaloni said at a press conference.

“We have our game plan, we know how to play them and now we just have to execute, and I hope we can play a similar game to the one we did against the Netherlands in the quarterfinals, but win the game without going through. the pain of a penalty shootout”.

“To stop Mbappé a collective effort is needed. But France is more than just Mbappé. We need to focus on playing a good game collectively,” Scaloni said.

“Sunday’s game is much more than Lionel Messi against Mbappé, it’s Argentina against France, it goes further.

“We both have the necessary weapons so that the game is decided by other players and not necessarily both. Let’s hope it goes our way, but there are many players who can decide the match”.

Argentina has a similar selection dilemma to France due to changes in the semi-final, this time with full-backs Marcos Acuna and Gonzalo Montiel, who were left out of the win over Croatia through suspension.

Nahuel Molina should keep his place, but Acuña could replace Nicolás Tagliafico. Ángel Di María should be nearing full fitness after injury and can push to get started, but Scaloni can preserve what has been an excellent foursome in midfield.

The France team’s headaches eased on the eve of the World Cup final when their entire squad took part in training. Raphael Varane, Ibrahima Konate and Kingsley Coman, who missed Friday’s training with a virus, were present for the start of Saturday’s session.

For their part, Aurelien Tchouameni and left back Theo Hernández, who also missed Friday’s training session due to hits to the hip and knee respectively, were also out on the pitch with the rest of the squad.

Didier Deschamps must also assess both Adrien Rabiot and Dayot Upamecano after both missed the win over Morocco due to illness. Both are likely to be fit to play, with Rabiot almost certain to replace his replacement against Morocco in Monaco midfielder Youssouf Fofana, but Liverpool’s Konate could keep his place after impressing once again in the half. behind.

This game has just about everything with immense quality across the pitch and it could come down to a moment of sheer genius from any of the world-class talent available to Deschamps and Scaloni. That is why we will side with Messi, a man possessed and surely determined not to let this rare second chance pass him by. He may have to wait until extra time for his timing, but we’re picking on Messi to lead his team to victory once again. Argentina 2-1 France AET.

World Cup Final 2022: Argentina vs. France TV channel and how to watch

When is Argentina vs France?

The game is scheduled to kick off at 3pm GMT (7pm local time) on Sunday, December 18.

The final will take place at the Lusail Stadium in Doha, Qatar.

The game will be broadcast live and free to air in the UK on BBC One, ITV 1 and STV 1.

You can watch a live stream on BBC iPlayer, ITV X and STV Player, while the BBC Sport and ITV websites will also provide a live stream.

Welcome to our live preparation before the World Cup final. It’s Argentina vs France, Lionel Messi vs Kylian Mbappe, Lionel Scaloni vs Didier Deschamps. We’ll have all the latest right here before kickoff at 3pm GMT.