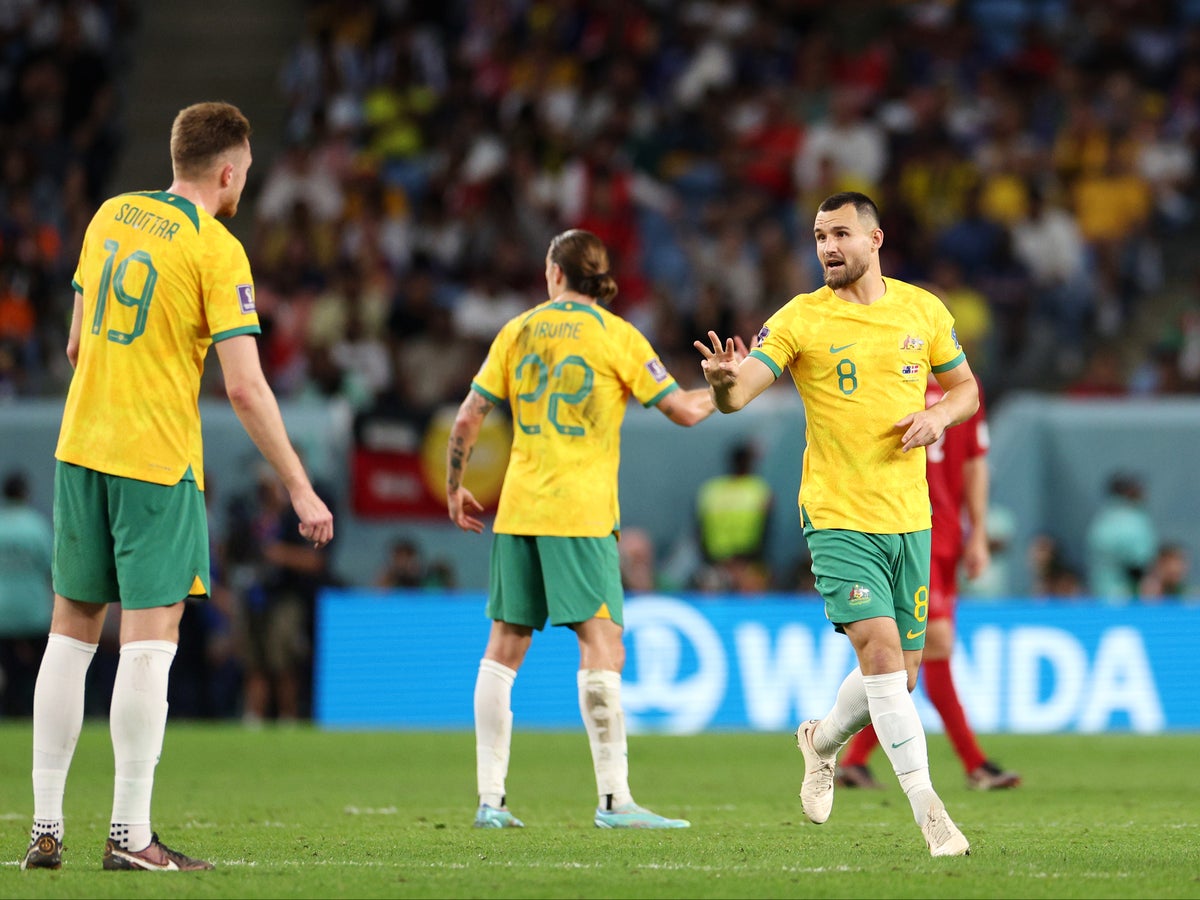 Australia defender Bailey Wright was in mourning on Thursday after learning after the Socceroos’ 1-0 World Cup win over Denmark that his mother-in-law had died.

Wright, who plays for Sunderland in the second tier of English soccer, had told Australian reporters that he feared deeply for his mother-in-law’s health after receiving a message from his wife after Wednesday’s game.

Football Australia confirmed on Thursday morning that Wright’s mother-in-law had died and that the defender would not appear before the media.

Wright had paid a moving tribute to his mother-in-law and wife at the stadium on Wednesday night.

“I just got a message from my wife. I just want to dedicate this to my wife, bless her and her mother,” Wright said at the stadium Wednesday night.

“It was, for them, a really difficult time at home, but it finally made it possible for me to be here and live one of my dreams, so I dedicate it to Tammy.”

Wright said he hadn’t told his teammates about his concerns at home.

“Nobody knows. That’s something I’ve kept to myself; we all have a lot to do. Work to do, right? You have to be professional all the time,” he added.

Graham Arnold’s Australia take on Argentina in the round of 16 in Qatar, only the second time the Socceroos have reached the knockout stage. Australia were knocked out of the round of 16 at the 2006 World Cup by eventual champions Italy.

Few gave Australia much of a chance to advance from a group that also featured 2018 champions France and Tunisia.

However, the Socceroos had already shown through an arduous qualifying journey that they liked to do things “the hard way”, Wright said.

“When we set out on this journey four years ago, Arnie (Arnold) told us what he wanted us to be about, our camaraderie and togetherness is what will make history,” he said.

“There are 11 brothers, whoever comes, and it’s very special to be a part of that.

“When you’re a part of something like that, it’s hard to really put it into words, what it feels like. It’s a real feeling.

“Some of us have now said that sentiment won the game today.”