BBC vs ITV: Who won the battle for our World Cup screens?
Advertisement 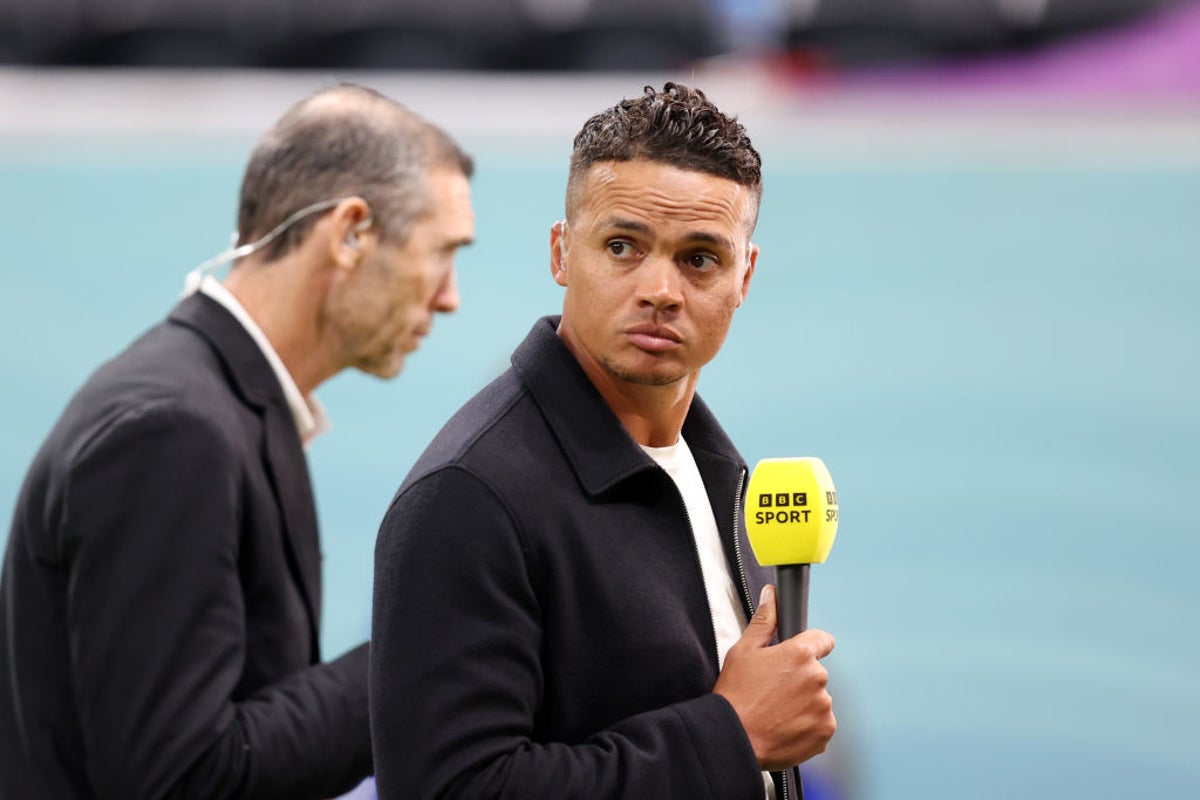 The battle has been raging in Qatar and on our screens, intensifying since the opening game between the host country and Ecuador four long weeks ago. It will end on Sunday with the World Cup final, when either Lionel Messi or Kylian Mbappe deliver a career-defining victory to either Argentina or France. However, it has all been a fake war, as the real competition has also taken place across our screens, but away from the pitch, until the moment when the nation must finally answer this crucial question: BBC or ITV? ?

Like Argentina and France, the BBC and ITV are the opponents who have stayed apart until the final, and whose performances so far will inform our decision on which side to choose. Certainly this has been a unique World Cup to present and both the BBC and ITV struck the right tone from their opening coverage, tackling human rights abuses in Qatar and examining the issues that have made this World Cup so controversial. . The final on Sunday will be another opportunity to highlight what is really important.

Until then, we can reflect on a tournament where the BBC and ITV reported and raged in equal measure. This, after all, is what’s at stake when you’re a broadcaster. The right or wrong mix of commentators and pundits can make all the difference when the early World Cup excitement starts to feel like a grind during the second of consecutive goalless draws. In the knockout stages, a smooth, steady presence combined with a powerful, forceful contributor can elevate the drama immensely.

ITV have probably been bolder in their attempts to figure out that combination, though they’ve also repeatedly assembled their cohort of angry football dads – Roy Keane, Graeme Souness and Gary Neville – while trying to create controversy when there was none. Perhaps we should have known what was coming when Keane and Souness had already started the third day of the tournament, with Souness advising Keane that he would “learn a lot more if he listened instead of talking all the time” amid the same exhaustion. tension of two guys arguing at a family barbecue.

It wasn’t a great start and there were also times when the ITV coverage seemed to slip down a rabbit hole leading to wild conspiracy theories. “Show us the photos!” Souness pleaded after VAR determined that Japan’s second goal against Spain remained in play. “You would think something bad was going on. It has to be this way,” Souness added, coming alarmingly close to showing a black-and-white image of the Apollo 11 mission and asking how the American flag can fly when there is no air on the moon.

It was all quite bizarre, such as when Keane, Neville and Ian Wright sided with Peter Walton for pointing out that the decision to award Argentina a penalty against Croatia was obviously the right one. Bring on Peter Walton: “It was a foul,” Walton said. “It wasn’t a foul,” Wright responded. Now let’s ignore Peter Walton. At one point, ITV pundits appeared to be about to break into his VAR closet and snatch his computer.

Away from the opinionated, but often too strong, world of ITV, in the booth, Sam Matterface has remained the channel’s lead commentator and continues to push on, indifferent to public opinion and largely to the show’s Harry Maguire. But in the hearts of the people, ITV’s B-Team is their A-Team, and the Jon Champion-Ally McCoist lynchpin has worked magic on him at a major tournament once again.

After his release to Russia, which led to Ivan the Terrible’s recounting of the siege of Kazan in 1552, McCoist has been rather more contained in Doha. He did, however, give us the immortal words “desalination plant” as well as some moments where McCoist really was in all the pomp on him, particularly when he purred with delight during Brazil’s magnificent destruction of South Korea.

His position has even led to a mid-tournament reshuffle on ITV, with McCoist joining Matterface and Lee Dixon for the Argentina-Croatia semi-final. This was ITV releasing the handbrake and giving people what they wanted, like Gareth Southgate adding Jude Bellingham to a midfield pair of Declan Rice and Kalvin Phillips.

The BBC’s problem has been that they can only dream of being so flexible. While they may have had an advantage over ITV in the studio, the BBC struggles with over-familiarity in their commentary. Not only is there an absence of flavor in his bid of Danny Murphy, Jermaine Jenas, Martin Keown and Dion Dublin, but there’s also very little to separate the commentary from what is the biggest sporting event of the year to a fifth round of the FA Cup. tie between Millwall and Sunderland, or a One Show segment on the merits of rebuilding your back garden. In a tired mind, everything blends into one. Alan Shearer’s commentary appearance was a breath of fresh air and showed what could be achieved.

Until that day, Guy Mowbray and Steve Wilson are like the reliable, tidy central midfielders you never notice, even though they’ve been around forever, it still feels like you have to really focus to make out their voices. Jonathan Pearce requires no such introduction and landed the match of the tournament in Argentina vs. The Netherlands, a combination that became more and more perfect as the quarterfinals began to spin out of control and his voice grew taut. Unfortunately, Pearce said the fight between the teams “ruined the occasion,” which was very, very wrong and not where my license fee should go.

In the BBC study, the case remained that fresh faces stood out from familiar experts. Pablo Zabaleta had an excellent tournament as he guided viewers through the emotions of Argentina and Messi’s latest World Cup. Vincent Kompany was still a welcome presence despite his move to management, leading to an amusing line about his Burnley team not signing Cristiano Ronaldo. Mauricio Pochettino was the most exciting addition but perhaps didn’t live up to expectations, although he managed not to offend an entire country, which is more than can be said for Jurgen Klinsmann and his comments on Iran.

The gender balance is improving, but only in moments. ITV fielded an all-female broadcast team for the first time at the World Cup with presenter Seema Jaswal hosting along with former England internationals Karen Carney and Eni Aluko for the match between Saudi Arabia and Poland. More importantly though, the balance is thrown off when it comes to England or the other ‘big games’, and where the female experts find themselves back on the pitch.

See also  ‘I understand what I need to do’: Kyle Walker on World Cup battle with Kylian Mbappe

Other notable ITV moments included perhaps the most moving moment of its World Cup coverage, in which former Denmark international Nadia Nadim returned to the studio just days after the sudden and tragic death of her mother. It was handled with sensitivity and genuine compassion by host Laura Woods and former Netherlands international Nigel de Jong, who despite his last act on the pitch at the World Cup being his kung-fu kick to Xabi Alonso’s chest, Seems to be one of the nicer people go.

Elsewhere, Hal Robson-Kanu brought some soft touches, John Hartson’s giddy emotion in Denmark’s goalless draw against Tunisia is my only memory of the quagmire of the first 0-0 group stage, while Andros Townsend and Seb Hutchinson were the breakout pairing of the tournament and we were unlucky enough to get home before the round of 16. As was Clive Tyldesley, who made sure to point out that he was coming home from the World Cup against England for the first time.

Which brings us to the end. ITV kicks off its coverage of the big day at 1:30pm, while the BBC kicks off at 1:50pm. Make of it what you will. ITV’s opening credits are better, though that’s mostly due to the aberration that is the BBC and its ‘here we go, here we go, here we go!’ ITV has probably shaded this battle in general too. That being said, the BBC will continue to win the war of viewing figures. They always do, even without McCoist.