Best World Cup ever? Qatar 2022 might not even be in the top 10
Advertisement 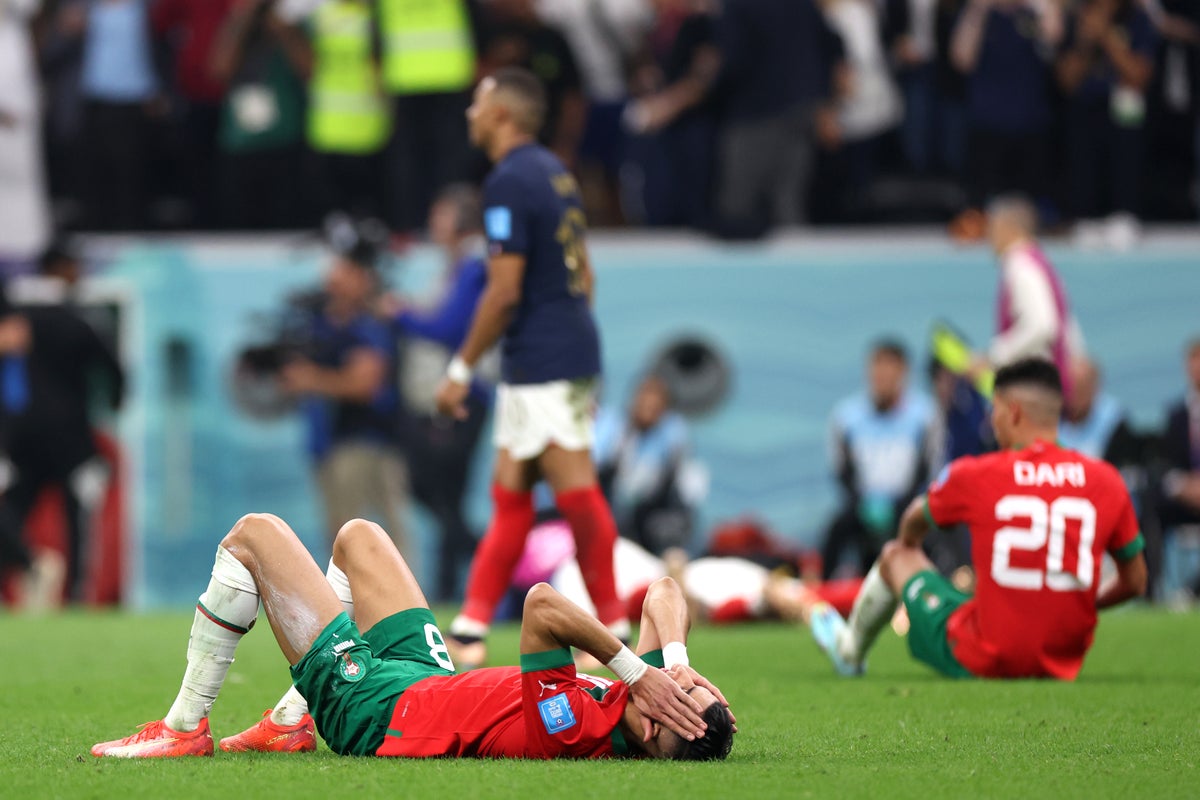 Gianni Infantino said what Gianni Infantino had to say. “The best World Cup ever,” claimed one self-important propagandist. For some, the verdict of the FIFA president is automatically invalid: the choice of Qatar as the venue, the corruption in voting, the shift of the World Cup to winter, the death of thousands of migrant workers, the attempts to threaten anyone who protests the lack of rights for the LGBTQ+ community, false attendance figures and rampant dishonesty have reason to disqualify 2022.

But if, as Infantino prefers, we focus on soccer, does it justify such lofty boasting? After all, Russia’s tarnished and tainted tournament actually contained a lot of very good football. There are reasons to call it one of the best; perhaps, then, Qatar is not even the best World Cup of the Infantino presidency.

Part of his argument seemed to hinge on record revenue and television viewing figures, which can hardly contribute to an assessment of events on the field. But 2022’s claim to greatness rests on several factors.

Perhaps most pertinent now is the presence in the final of two very different standout players, each operating at the peak of their powers. If Lionel Messi prevails, a sense of narrative would surround this tournament that would cast it in a more favorable light. If it’s Kylian Mbappé, he has the potential to excel for decades, as Pelé’s World Cups did. Either way, one dominant individual can shape memories more than the team’s wins of 2006, 2010 and 2014.

Morocco’s emergence into unfamiliar territory for the African team, and the fact that they did so with a lot of Arab support in an Arab country, added another dimension to the tournament; Whether it demonstrates the start of a larger African charge towards the semi-finals, reshaping the global game, or an endearing one-off, it gives it meaning.

It is to the credit of 2022 that there have been few World Cups with more surprises. Tunisia beating France and Cameroon beating Brazil may have changed little, and they faced weakened teams, but Japan’s twin comebacks against Germany and Spain were seismic and significant. Australia’s admirable victory over Denmark was overshadowed by the scale of other results. Saudi Arabia’s inaugural victory against Argentina probably belongs in the top five most amazing World Cup victories in history. Morocco’s trilogy of wins over the top 10 teams, in Belgium, Spain and Portugal, is just as remarkable. Croatia’s victory over Brazil, albeit on penalties, showed the power of smaller nations, which has been a theme of this World Cup.

From a perspective of high drama in quick succession, it probably peaked with the brilliant final round of the group stage. The successive acts on the tightrope of Belgium’s elimination, complete with Romelu Lukaku’s series of missed chances against Croatia, followed by Germany’s, because Japan suddenly defeated Spain, and Uruguay’s, with a comeback from Korea Sur against Portugal that left Luis Suárez in tears, was an announcement. for the 32-team competition, not the inflated 48-sided version due in 2026.

The double of Cameroon 3-3 Serbia and Ghana 3-2 South Korea offered two consecutive World Cup classics. The 2-2 draw between Argentina and the Netherlands, and the ensuing penalty shootout, will probably rank as the match of the tournament, the kind that is still destined to be featured in montages when some of the protagonists are retired.

And yet the reality is that every World Cup is good, to varying degrees, with FIFA always bailed out by real football. Every World Cup has great games; 2022 may have had less participation than some previous tournaments. It can be argued that it was not even the best game between Argentina and the Netherlands that the competition has seen. There hasn’t been a scoreline as resounding as Brazil’s 7-1 humiliation of Germany in 2014, while neither semi-final was a classic in the mold of West Germany vs. France in 1982 or the Germans vs. Italy in 1970.

There have been some fantastic goals, and Richarlison’s scissor kick against Serbia is certainly his best yet, but probably none make the top 10 of all time. Get past the obvious duo of Messi and Mbappe, plus superb makeshift midfielder Antoine Griezmann, and it’s harder to identify a host of top-class attack-minded players in top form; as opposed to, say, 1994 or 1998, let alone 1982 and 1970. In 1994, for example, there was Romario, Roberto Baggio, Dennis Bergkamp, ​​Gheorghe Hagi, Hristo Stoichkov, and Jurgen Klinsmann; 2022 only has three such players who have reached that level.

France, as the defending champions who have reached a second successive final, have good reason to be called a great team; Argentina can make that claim if they win, especially given a record of one lone loss in 42 games. However, neither can be the most celebrated World Cup winner for their style of play, a distinction that has long resided in the 1970 Brazil team. Nor will there be a loser remembered as fondly as the Brazilians of 1982.

In general, the overall standard of the quarter-finalists felt higher in 1998 and 2006. The broader theme is that the international game has now fallen behind its club counterpart; the last eight of most Champions Leagues is better than the last eight of a World Cup now.

All of which may be the kind of inconvenient detail that Infantino avoids as he tries to expand the Club World Cup into a UEFA takeover. The future of the actual World Cup, with 48 teams, will be bigger, which could meet Infantino’s definition of better. However, and while all judgments are subjective, a broader view is that 1970 and 1982 represent the gold standard of World Cups. Others, 1994, 1998, maybe 2006 and 2018, were very good. Infantino may have bought Qatar’s slogan of “Now is everything” to ignore the evidence of history and argue that 2022 is the best. For some of us, even when we focus on soccer fields, it won’t rank in the top five, and maybe not in the top 10 either.