Should the Rays, Jays and Mariners race to the bottom?

HomeMoviesClayton’s Bachelor Season: Where Are They Now?
Movies
2 weeks agoSeptember 15, 2022no commentNo tags 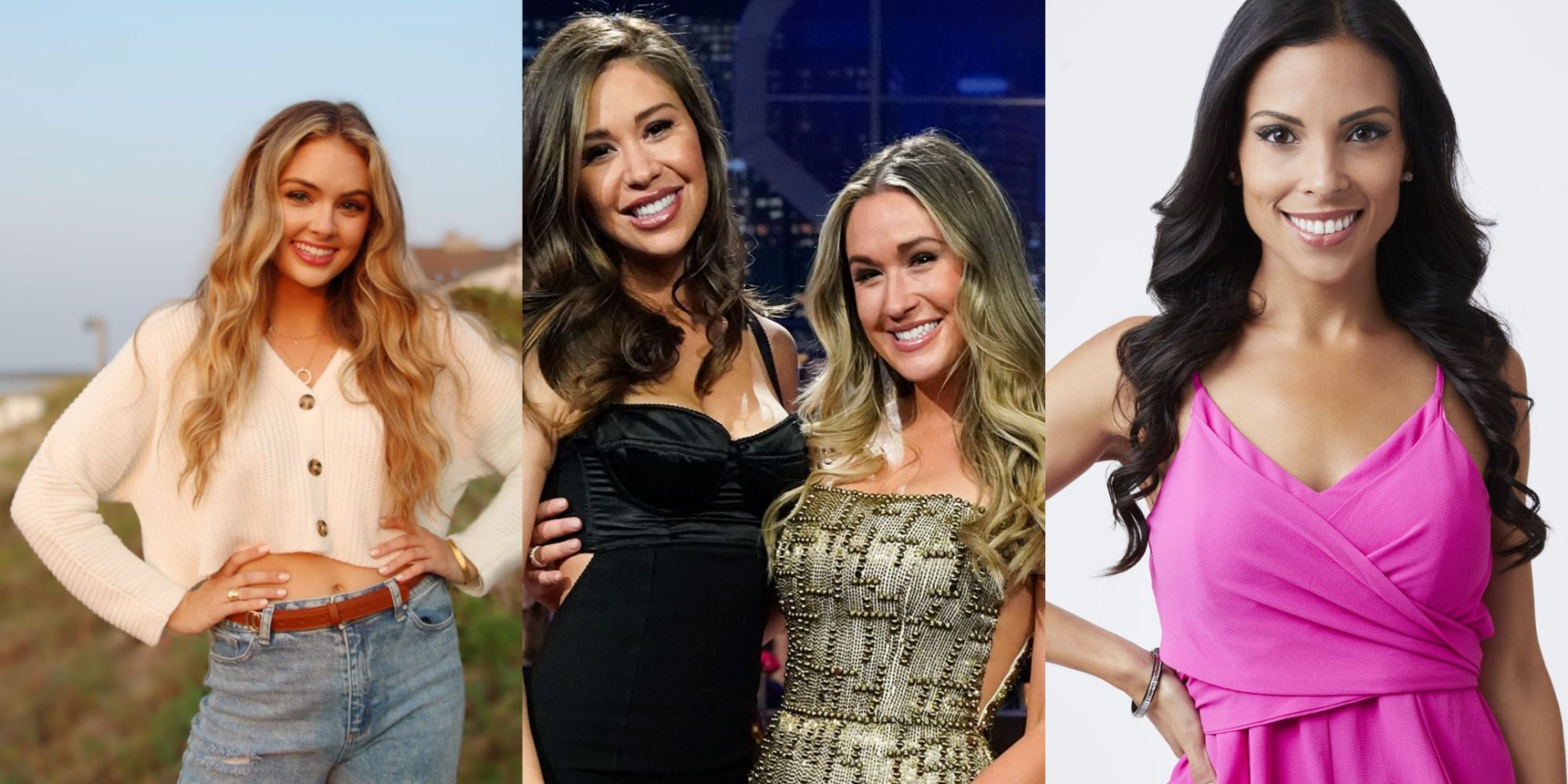 clayton season The Bachelor It was one of the most dramatic of the show’s 26 seasons, from the drama between the contestants to the wild season finale that Bachelor Nation won’t soon forget. Despite the heartbreaks and tears, the women of Season 26 have moved on with their lives and are thriving in their respective fields.

While the show didn’t end up making everyone fall in love, many hopeful romantics remained friends and are often seen together, which can be more rewarding than receiving the last rose. With Gabby and Rachel back at the mansion, fans are wondering what the other women of season 26 have done.

From his time in The Bachelor, Marlena Wesh has been chronicling her hair on her Instagram (@marlenawesh) and training to stay in Olympic shape. Wesh appears to be single and in no hurry to find love right now; her focus is exploring different countries on her own and growing her business as a real estate agent.

Wesh has remained open about fighting anxiety, reminding her followers that it’s okay to have bad days and do what makes you happy when you can. Wesh has moved on from the days of her in The Bachelor.

Mara Agrait has been busy ever since her time on the dating reality show, according to her Instagram (@agreat_mara). Agrait has embraced the van lifestyle that became popular during the pandemic and she has enjoyed taking scenic routes to her next destination, but traveling is not her only focus.

She is also the director of two companies with very different purposes, one is an event planning agency and the other focuses on technology literacy for seniors. Agrait doesn’t post much about her time on The Bachelor but she does focus on living in the now.

At first glance, it appears that Eliza Isichei was never on The Bachelor; however, a quick scroll will reveal that she was on the show but that she is not focused on talking about her season. Given that Bachelor Nation hated a lot about Clayton’s season from the beginning, it makes sense that most contestants don’t post about their time on the show.

Isichei has dedicated her social media, especially her Instagram (@elizaisichei), to chronicling her travel experiences and her budding modeling career that was given a boost by appearing on the show.

Genevieve Parisi was involved in some drama during season 26, but her experience has led her to remain friends with many of the women in the house with her. Parisi works as an influencer with clothing brands like Revolve and appears at Bachelor related events. Her Instagram (@genparisi) shows that Parisi appreciated her time on the show and her experience gave her lifelong friends.

Parisi appears to be single and has no plans for rushed love as she is busy enjoying the single life while pursuing her new career.

Like many of her other co-stars, Sarah Hamrick (@sarahahamrick) has been traveling the world and loving every minute of it. When she’s not enjoying all that New York City life has to offer, she models for surf wear companies and the Revolve clothing brand. According to her social media, Hamrick no longer works in wealth management but in fintech and modeling.

Hamrick still enjoys sports like snowboarding and surfing and participates in them when he can. As one of the youngest members of the cast, Sarah Hamrick enjoys being young in the city before settling down.

See also  10 Best Side Characters In Glee, According To Reddit

Teddi Wright (@teddiwright) still works as a registered nurse and keeps in touch with many of the other women from her season of The Bachelor. Wright is grateful for her time on the show, but she has moved on to bigger and better things, like spending time with friends and traveling when she’s not working as a nurse.

Wright and the currently single Rachel had remained close and spent time together before Rachel had to leave for her season to find a love partner. Although Wright is still looking for love, she is happy with where she is now.

Serene Russell (@serenebrookrussell) a lot has happened since she left. The Bachelor Mansion. Since her stint on the show, Russell has left the educational field and started working as a model, which is more in line with what she studied in college. Although she hasn’t traveled as much as her co-stars, Russell enjoys the single life and is focused on her career.

His social networks don’t reveal much about anything else in his life and function more like a professional portfolio than a personal page.

Bachelorette fans were excited for the new season when it was revealed that Gabby Windey would not only be looking for love, but for the first time, there would be two singles, the other being Rachel Recchia. Before her season, Recchia was traveling the world with her castmates from season 26.

Recchia loves her time on the show as it has helped her travel to places she has always wanted to visit, according to her Instagram (@pilot.rachel), and spending time with her best friend, Gabby. Even if she doesn’t find love this season, it seems like Rachel will always appreciate her season.

Fans are learning more and more about Gabby Windey as she searches for love with fellow bachelorette Rachel in Season 19. The former NFL cheerleader and ICU nurse has spent most of the past year focusing on promoting her season and looking for love in the long term. executing the ABC program.

Windey spent his time between seasons with his beloved dog, who will have to approve of whoever Windey chooses as his mate, or they’ll be sent packing. Like her best friend and fellow bachelorette Rachel, Gabby will always fondly remember her experience on the show.

Although Susie and Clayton’s season finale was wild, the couple has remained close despite rumors that they’ve split. Since she got the last rose, Evans has continued to work as a photographer and videographer, according to her Instagram (@susiecevans).

Though fans think the couple is headed for a breakup, Susie doesn’t feel the same way as she frequently posts about Clayton, how in love the couple is, and how often they’re together even though they no longer live together. Only time will tell if the couple can distance themselves and finally commit.

Next: Every Netflix Original Competition Show, Ranked According To IMDb