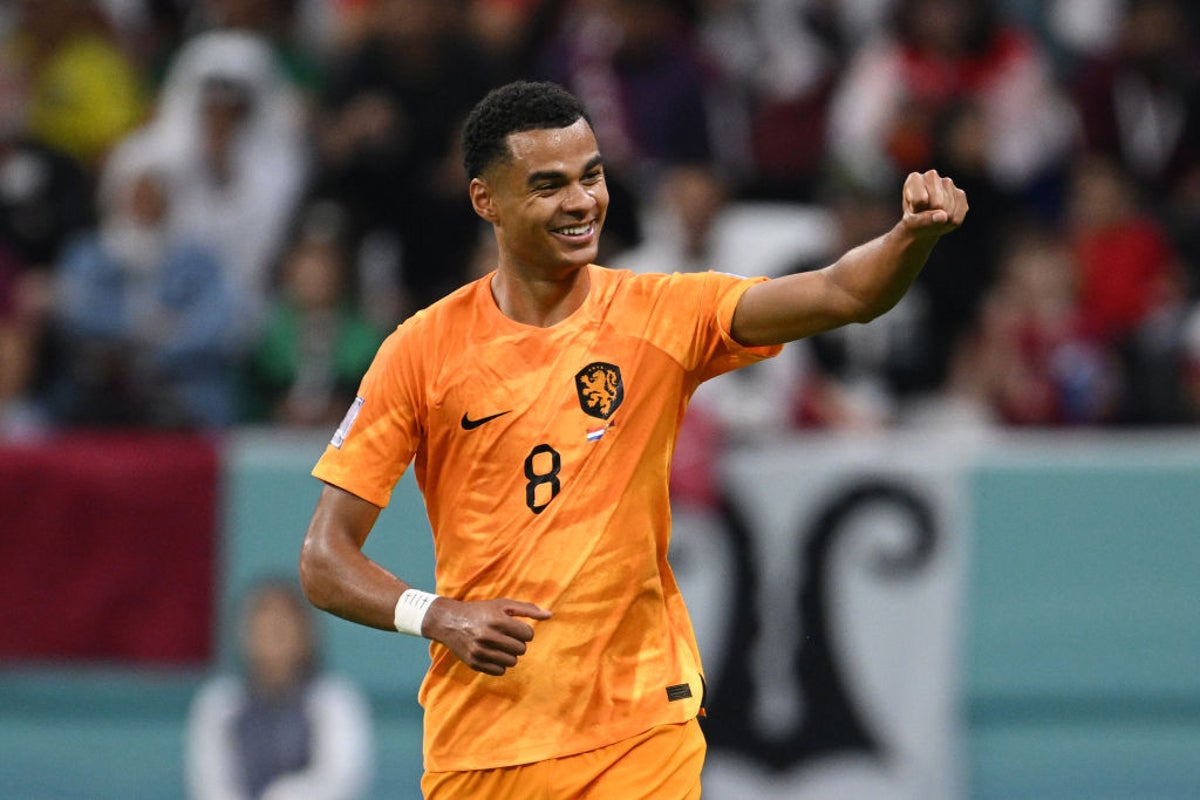 Dutch striker Cody Gakpo has revealed that he has not had any contact with Manchester United about a potential move, but would consider joining the Old Trafford club.

The PSV Eindhoven attacker has set the World Cup ablaze with his dazzling displays for the Netherlands, scoring three goals in four games, with a quarter-final against Argentine soccer to come.

That’s on the back of a brilliant run of form for PSV before the World Cup break, as they netted nine goals in 14 Eredivisie games, adding an impressive 12 assists.

They linked him with a summer move to United but that did not materialize and the 23-year-old, who has also revealed that Leeds made a move for him, admitted to panicking.

Gakpo says it’s a better place to deal with speculation now and would consider a move to United, where he could follow Eredivisie manager Erik ten Hag, Lisandro Martinez and Antony.

“That was a difficult period,” Gakpo told the Dutch newspaper NRC. “I learned from that. I’m going to do it differently. What comes, that comes.

“Suppose you want to move from RKC (Waalwijk) to PSV, but that club doesn’t come. So you can panic.

“I thought about Manchester United, but when that didn’t happen, I couldn’t remember. And I began to doubt. Leeds came. Should I go there?

“Now I expect everything. I haven’t heard from Manchester United yet. When they come, I’ll think about it. I also seek God’s help in these decisions.”

Advertisement. Scroll to continue reading.
See also  ‘I understand what I need to do’: Kyle Walker on World Cup battle with Kylian Mbappe
In this article: