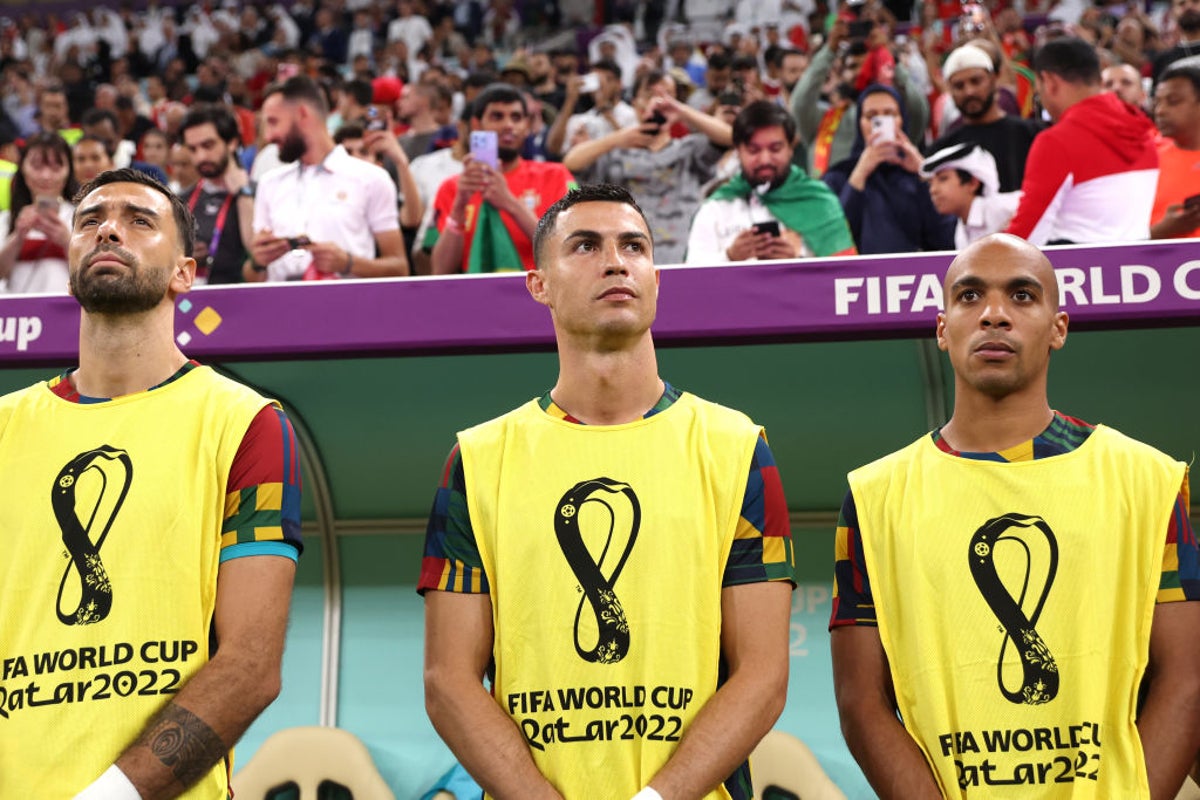 Cristiano Ronaldo started on the bench for the second consecutive World Cup game as Portugal faces Morocco in the quarterfinals.

Ronaldo remains out of Portugal’s starting line-up as manager Fernando Santos keeps faith in Goncalo Ramos, who scored a hat-trick as Ronaldo’s replacement in a 6-1 win over Switzerland in the round of 16.

The 37-year-old striker started each of Portugal’s three group stage games but was ruled out of the round of 16, reportedly due to his reaction to being substituted in the 2-1 loss to South Korea. South.

The Portuguese Football Federation (FPF) this week dismissed speculation that Ronaldo had threatened to leave his country’s World Cup camp after being dropped from the starting lineup, with Santos explaining his side of the story.

“He never told me that he wanted to leave our team,” Santos said when Portugal returned to the World Cup quarterfinals for the first time since 2006. “I think it’s about time we stopped this conversation and these controversies, because An example of what I just said is what he did during the match.”

When asked directly if Ronaldo would play against Morocco, Santos said: “Ronaldo will definitely (be involved), all the players on the bench can be used, if they are not in the starting lineup, they can play later.”

“It’s important to see the example of this player’s history, he’s one of the best players in the world playing professionally, being captain, all we have to do is think about this team collectively.”