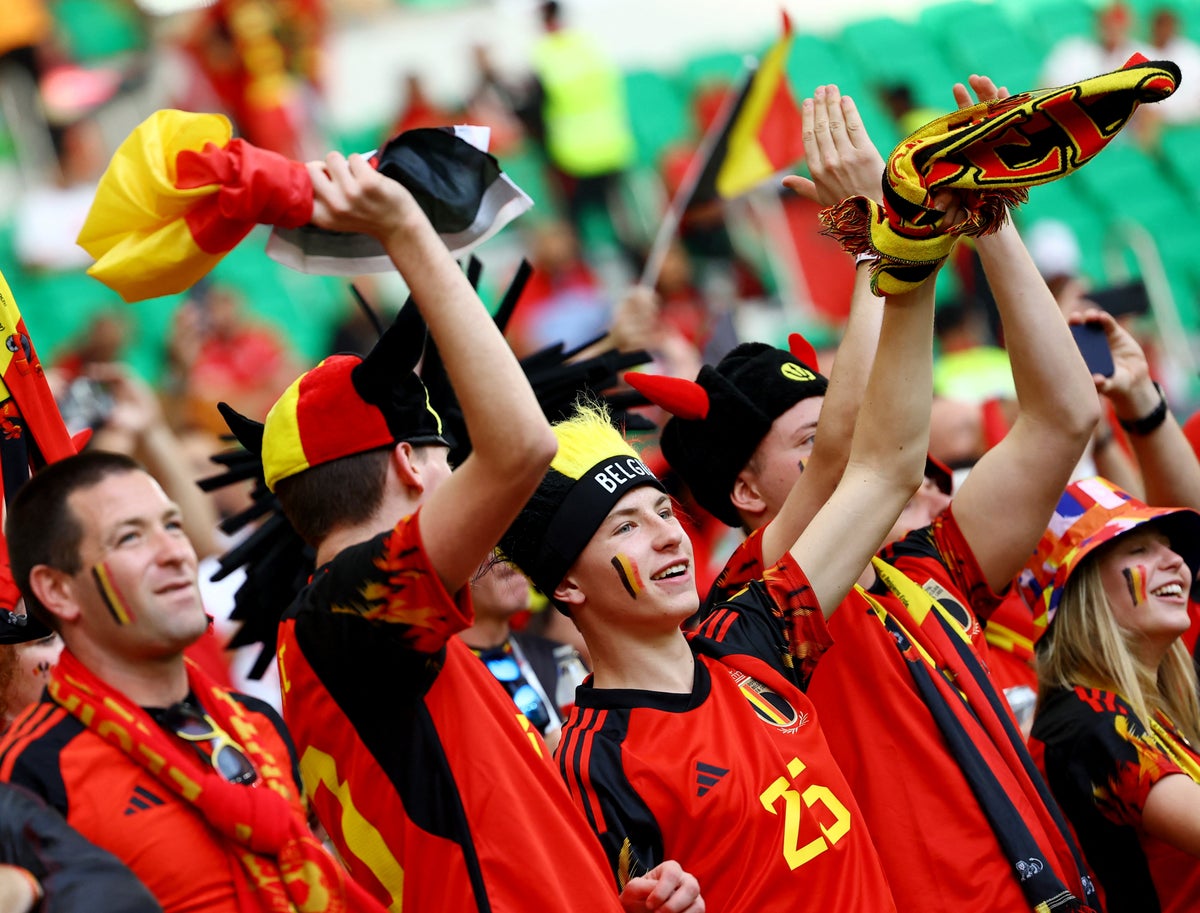 “The golden generation” Martínez defends Belgium and downplays the riots

Croatia and Belgium meet in a crucial Group F match at the 2022 World Cup.

Croatia enter the game as the group leader with four points from their first two matches after beating Canada and drawing with Morocco, and they know a draw will see them through to the round of 16. Belgium also beat Canada but then lost to Morocco to go away. third in the group and on the verge of elimination from the World Cup.

Unless Canada defeats Morocco, Belgium must win today to qualify for the round of 16, but 2018 runners-up Croatia won’t be easy to beat. They have the easier task, knowing that a draw guarantees them progression.

Today at the World Cup: crucial hour for Germany and making history

Germany are the team with the most work to do heading into their final Group E game against Costa Rica with just one point to their credit. Group leaders Spain still have work to finish against Japan, whose hopes are also still alive.

Belgium, one of the biggest disappointments of the tournament so far, have a tough task going up against 2018 runners-up Croatia. There is a good chance that only one of those sides will advance as Morocco is well placed and only needs a draw against already eliminated Canada.

Here, we look ahead to the action and review Wednesday’s games that included notable wins for Argentina and Australia.

Every World Cup seems to have a heavy hitter coming out of the group stage and barring a sudden change it looks like it will be Belgium here.

They have been outclassed by both Morocco and Canada so far, while Croatia are always up for a fight. They also have the quality to knock Belgium out of the World Cup.

Where to watch Croatia vs Belgium?

The match will kick off at 15:00 GMT on Thursday, December 1 at the Ahmad Bin Ali Stadium in Qatar. It will be broadcast live on BBC One, with coverage from 2:30pm, as well as online on BBC iPlayer.

Marko Livaja and Andrej Kramarić both scored against Canada and should keep their places in Croatia’s attack. Zlatko Dalic has no injury concerns and could name an unchanged squad.

Amadou Onana is suspended by Belgium and will likely be replaced by Youri Tielemans. Romelu Lukaku came off the bench against Morocco but does not seem ready to start, while Roberto Martínez will decide if he keeps faith with Eden Hazard.

Hello and welcome to another day of the soccer World Cup. The group stage continues to fly towards its conclusion with only six places in the round of 16 remaining to be decided.

Two of them will go to the Group F qualifiers, where Morocco, Belgium and Croatia compete to reach the next round of the competition. All three teams have four points heading into the final group stage matches, but Morocco are the favorites to advance when they face already eliminated Canada.

Croatia and Belgium meet, which means one of these aging teams will likely go home unless the Canadians pull off a shock victory.

Croatia’s goal difference is higher than Belgium’s, so they only need one point to qualify. the independent will have coverage of both games before Group E concludes tonight with Spain and Germany in action.