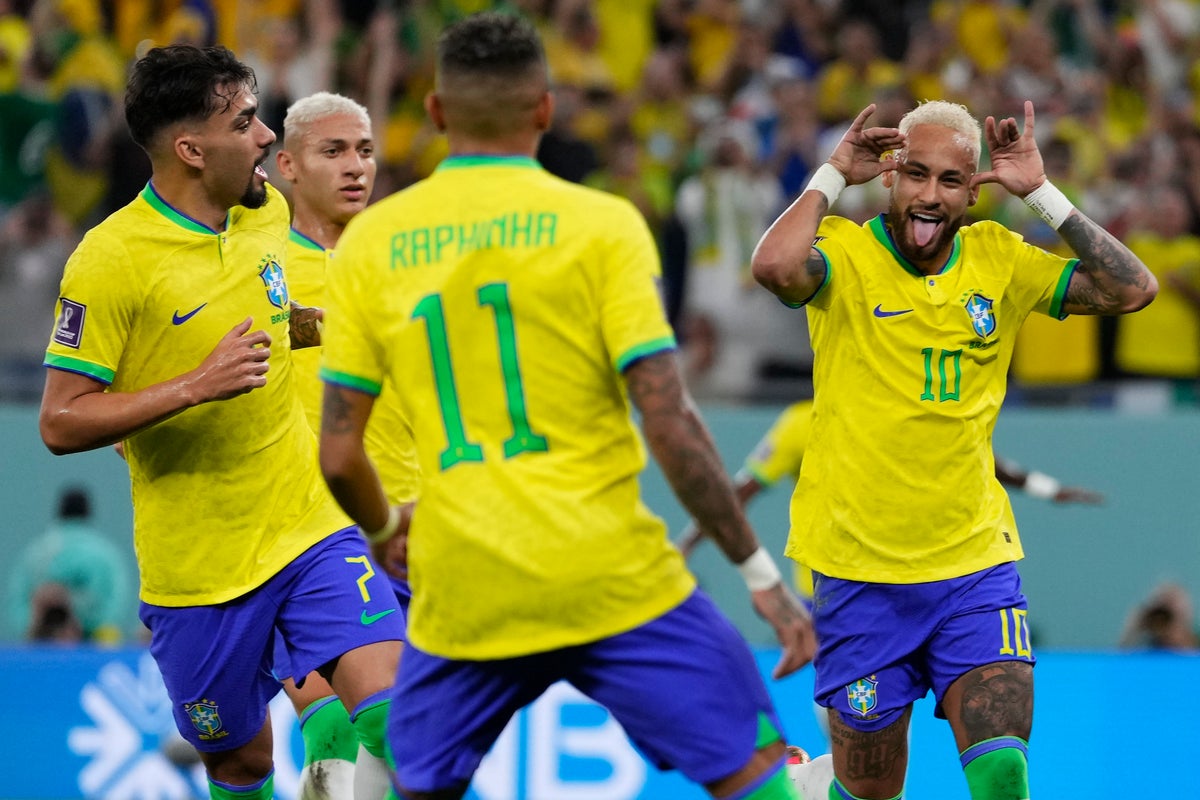 Brazil will be looking for a spot in the 2022 World Cup semifinals when they take on Croatia on Friday.

Neymar and his teammates were in top form when they defeated South Korea in the round of 16 on Monday, scoring four first-half goals, and will strive to reach the final four after being eliminated in the quarterfinals. final. stage four years ago by Belgium in Russia.

Croatia were runners-up in 2018 and will not be intimidated by the Brazilians, although it is a relatively quick turnaround after needing 120 minutes and penalties to overcome Japan in their round of 16 match on Monday.