Delhi riots: Court convicts man of vandalism case due to lack of evidence 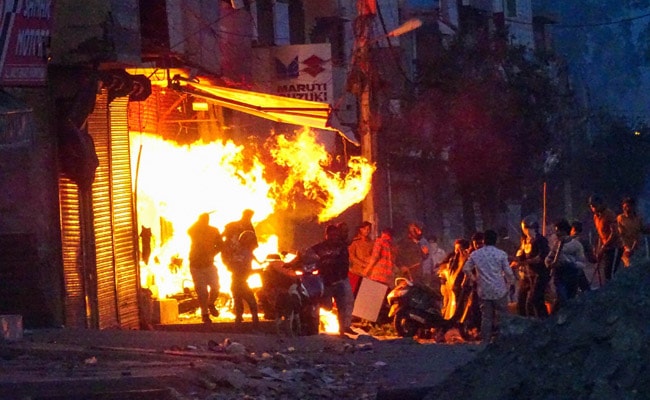 Delhi riots: A court has acquitted a man accused of vandalism during riots in Bhajanpura district in 2020.

A Delhi court, hearing riot cases in northeastern Delhi, on Monday acquitted a man accused of vandalizing and burning shops during riots in Bhajanpura district in February 2020.

The court described the statements of the eyewitness and complainant, Rahees Ahmed, as “unreliable”, which identified him as one of the rioting gang members.

The court said that the prosecution was unable to substantiate the charges against the defendants beyond reasonable doubt.

The Special Judge remarked, while acquitting the accused, Georgent Singh, “I find that the charges against the accused in this case have not been proven beyond reasonable doubts.”

Hence, the court acquitted the accused of all charges in this case.”

The allegations in this case were that mobs vandalized and burned shops in Bhanpura district on February 24, 2020.

The accused was identified by one of the complainants, Rahees Ahmed. After that, the accused was arrested and charged with hooliganism and others.

The court noted that Rahees Ahmed testified that he knows the accused well because he is the son of the owner of the house.

Under the circumstances, the court said, his natural reaction would have been to mention the name of the accused in the first instance itself.

The court said: “Suddenly when the investigation officer visited the Rahees Ahmed showroom on March 8, 2020, he pointed at the accused, when the accused was passing in front of his showroom.”

The court added that “the silence of the prosecution witness regarding the name of the accused until March 8, 2020 seems abnormal.”

The court noted that an eyewitness in another case also testified that he also knew the accused, but although he saw the mob from his balcony, he did not recognize the accused as part of the mob.

The court also took note of Rahees Ahmed’s statement that he had received a videotape of the incident in which the accused was not visible.

The court said, “Therefore, the question that arises is if the accused participated in the sabotage, so how could he not appear in the video?”

The court added: “The only logical answer to this question appears to be that the accused was not present in this mob and in the events and therefore did not appear in any video clip.”

“In light of the above analysis, I find that the testimony of a witness for the prosecution is absolutely unreliable to establish the presence of the accused in the mob,” the judge said.

The judge also said that the testimony of the public prosecutor appeared “false with regard to the identification and arrest of the accused.”

Trump asks US Supreme Court to intervene in document dispute

Trump asks US Supreme Court to intervene in document dispute