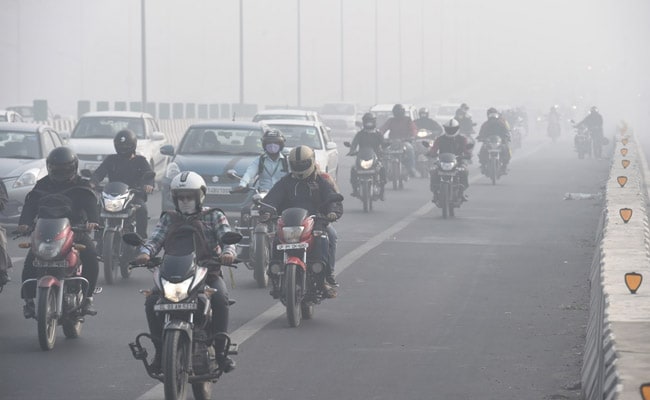 Delhi’s air quality inched toward the bad category on Monday, just three days after the city recorded its first day of good air quality this year. The capital recorded a 24-hour average air quality index of 182 as of 4 p.m. Monday. There were 119 on Sunday, 70 on Saturday and 47 on Friday. With an AQI of 405 (severe), Anand Vihar was the most polluted place in the capital.

Mahesh Palawat, vice president (climate change and meteorology) at Skymet Weather, said the confluence of easterly and westerly winds did not allow local pollutants to disperse. Calm winds allowed pollutants to accumulate in the morning.

According to the Ministry of Earth Sciences Air Quality Early Warning System for Delhi-NCR, air quality is likely to remain in the “moderate to poor” categories on Tuesday and in the poor category on Wednesday.

Calm winds are likely to prevail during the evening and morning hours, which is unfavorable for the effective dispersion of pollutants.

According to the Decision Support System of the Indian Institute of Tropical Meteorology, the transport sector accounted for 14 to 22 percent of PM2.5 pollution in Delhi on Monday. It is likely to rise to 33 percent by Wednesday.

A sustained period of light rain in the capital had produced the first “good” air quality day of the year on Friday.

See also  Xi Jinping travels outside of China to see Putin and other leaders. Here's why it matters