Demolition of the Noida Twin Towers: a no-fly zone within one nautical mile around the site 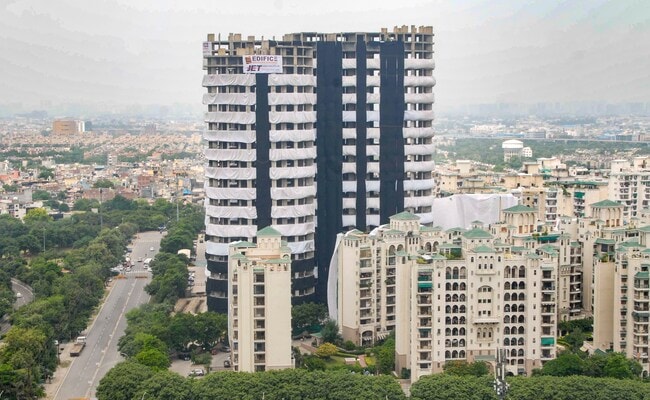 The Noida authority said one nautical mile of airspace around the demolition site of Supertech’s Noida Twin Towers will briefly remain unavailable for flights on August 28.

A nautical mile is approximately 1.8 kilometers.

The Union’s Ministry of Civil Aviation has given its approval, the Noida authority said as it oversees preparations for demolishing the nearly 100-meter-high twin towers on Sunday.

“In light of the dust generated after the demolition, and on the recommendation of the Noida authority, the Department of Aviation has given its approval that not one nautical mile of aircraft airspace shall be available for flight at the time of demolition,” she said in a statement on Friday.

Earlier, Noida Police on Thursday banned the use of drones in the city skyline from August 26 until August 31 citing security reasons in light of the demolition of the illegal Supertech towers.

Deputy Police Commissioner (Headquarters) Ram Badan Singh invoked the powers under Section 144 of the Criminal Procedure Code when he issued the prohibition order.

The police also announced that drones will be allowed to be used but only outside the “exclusion zone” of around 500 metres, also with their consent.

No human, animal or vehicle will be allowed into the exclusion zone on August 28.

The nearly 100-meter-high Apex and Ceyane Towers – taller than Delhi’s famous Qutub Minar – are scheduled to be demolished at 2:30 pm on August 28 according to a High Court order that found their construction inside the Emerald Court building in violation of standards.

More than 5,000 residents living in Emerald Court and the adjacent ATS Village community will be evacuated on August 28. They will vacate the buildings by 7 am and only be allowed after security clearance after demolition by the relevant agencies around 4 pm.