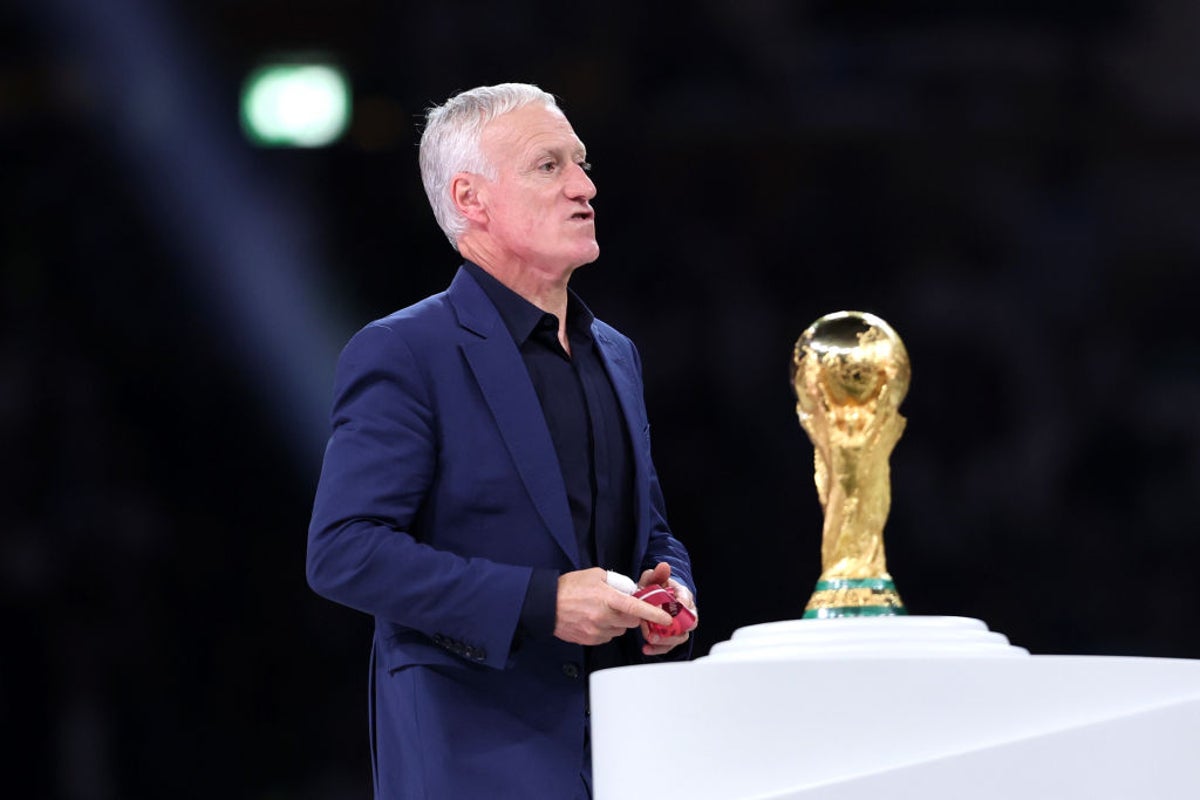 Didier Deschamps will decide in January whether to extend his tenure in charge of France.

The 2018 World Cup winner will meet French Football Federation president Noel le Great next month to determine his future and insisted that delaying a reaction was not a consequence of losing the 2022 final. against Argentina on penalties.

Le Great said earlier this month that it is up to Deschamps, who also reached the Euro 2016 final, whether he stays.

And the 54-year-old said: “Even if we had won, I wouldn’t have responded tonight. I am very sad for my players and my coaching staff. I’ll have a meeting with the president early next year and then they’ll find out.”

Deschamps admitted his team was below par at the start of the final as Argentina took a 2-0 lead before a Kylian Mbappe hat-trick took the game to penalties, which Lionel Scaloni’s side won 4-2.

He added: “If you look at the game as a whole, those first 70 minutes we played against a very aggressive and dynamic opponent and we were not at the same level. However, we managed to revive and made a magnificent comeback from a very difficult situation.

“I went through a lot of different emotions and there are some regrets because we were so close. There are a number of reasons why we weren’t as good as we could have been. Maybe we lacked a bit of energy.”

He congratulated Mbappé on becoming only the second player, after Geoff Hurst, to score a hat-trick in a World Cup final.

He said: “It was the World Cup of records tonight. Many players broke records in this World Cup and Kylian has really left his mark, but unfortunately not in the way that he would have liked and that is why he was so disappointed at the end of the match”.