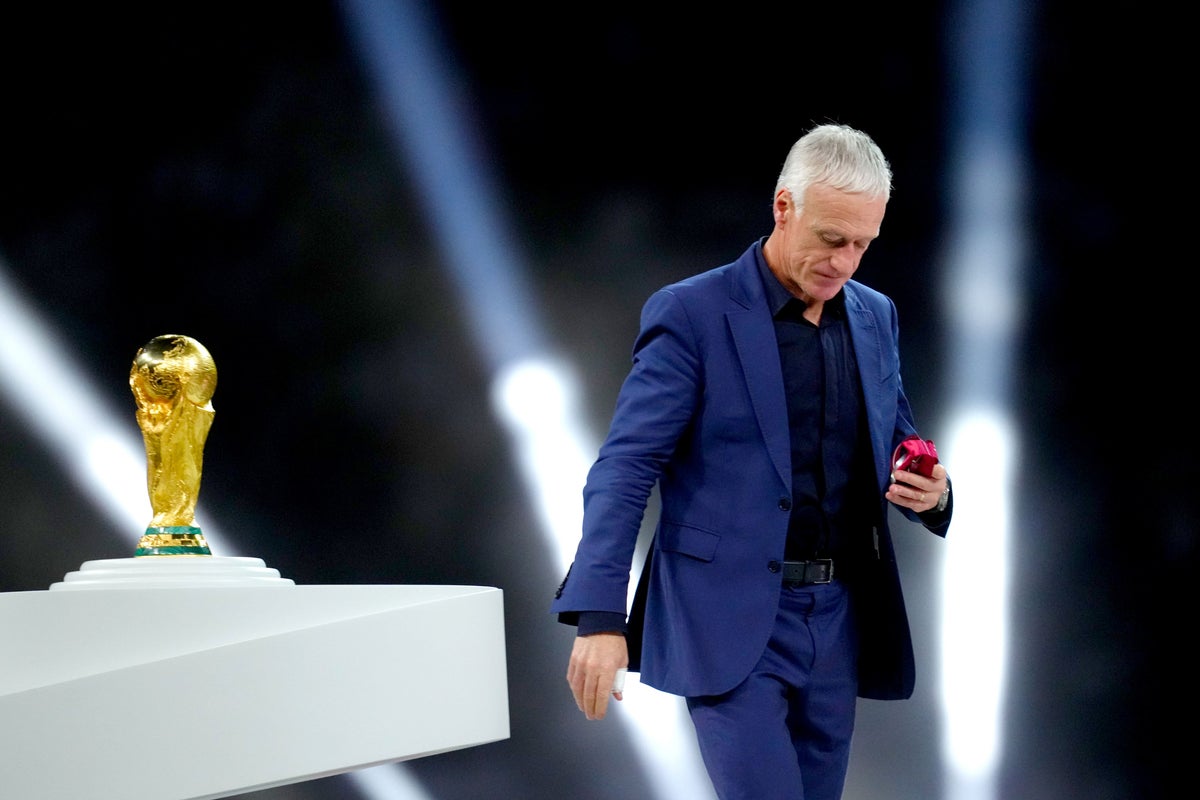 Didier Deschamps was devastated after champions France “rose from the dead” and lost on penalties in an emotional rollercoaster of a World Cup final against Argentina.

Les Bleus were attempting to become only the third team in history to win back-to-back world crowns, a dream that was surpassed at half time when Lionel Messi and Angel Di Maria put La Albiceleste into a well-deserved lead.

Reigning champions France continued to limp into the final only to come to life late in the second half, with Kylian Mbappe scoring twice in 97 seconds to take the match into extra time.

Argentina captain Messi put his team ahead again only for his Paris St Germain teammate to become only the second man in history to score a hat-trick in a World Cup final when the match ended 3-3 after 120 minutes.

The Qatari final went to penalties and France were unable to add to their 2018 triumph, with Kingsley Coman and Aurelien Tchouameni missing their penalties in a heartbreaking 4-2 shootout defeat.

“Those first 70 minutes we played against a very aggressive and dynamic opponent and we just weren’t on the same level for a number of reasons,” France coach Deschamps said.

“But nonetheless, we managed to revive and made a magnificent comeback from what was a very difficult situation.

“Obviously we regret that first part of the game and then we go to extra time, where we could have won it in the last minute. Unfortunately, he didn’t come on and then it went to penalties.

“We were down 2-0 and we could have lost 3-0 and then it would have been a very different feeling.

“But we made this great comeback, and I really have to congratulate Argentina because they showed great quality, great aggressiveness, experience and very resourceful football.

“I don’t want to take anything away from them. They did a good performance.

“Of course I went through a lot of different emotions tonight and of course there are some regrets because we came so close to winning this match, but unfortunately we didn’t.

“Maybe we were lacking a bit of energy. Some of our key players lacked that energy.

“But nonetheless, we had some young, more inexperienced players come in and bring some freshness and quality and get us back in the game and keep the dream alive.

“But unfortunately at the end of the day we couldn’t achieve that dream.”

The France team battled illness in preparation and looked dejected at the end of Sunday’s final, with Mbappe looking particularly dejected as he went to collect the Golden Boot award for scoring eight goals in Qatar.

“Kylian has really made his mark in this final,” Deschamps said. “But unfortunately he didn’t leave it as he would have liked and that’s why at the end of the game he was as disappointed as all the players.”

See also  What TV channel is Morocco vs Portugal on? Kick-off time and where to watch

Deschamps has been in charge of the French team since 2012 and led them to the 2018 World Cup title, having captained the country to its first crown in 1998.

Asked if he will stay on as manager, the 54-year-old said: “You’re not the first person to ask that question.

“In fact, even if we had won the match, I couldn’t answer that question tonight. Of course I am very sad for my players and for all my staff.

“But, as you know, I’ll have a meeting with the president early next year and then you’ll find out.”