Drishyam 2 Preview: The Return of Ajay Devgn as Vijay Salgaonkar, and a Recap
Advertisement 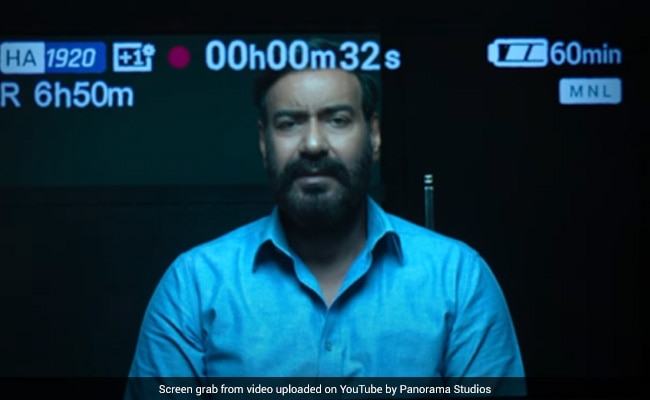 The creators of Ajay Devgn Drishyam 2 released the teaser for the film on Thursday. The minute-long video begins with a flashback to what happened in the 2015 film. Drishyam. A few frames later, the video plays Tabu’s dialogue in the background, where she can be heard saying: “Masterstroke police department ka mazak bana diya aur jab koi gawah aur saboot nahi hota toh confession hi sabse bada saboot hota hai.” (He made a fool of the entire police department, and in the absence of any evidence or witnesses, the confession becomes the most crucial piece of evidence.) Soon, the video jumps to the part where Ajay Devgn’s Vijay Salgaonkar can be seen confessing his crime to the camera. . In addition to Ajay Devgn, the teaser also features Tabu, Shriya Saran, Ishita Dutta, and Mrunal Jadhav, among others.

Check out the teaser here:

Drishyam 2 is the official Hindi remake of Mohanlal’s 2021 Malayalam film of the same name and the sequel to Ajay Devgn’s 2015 film, which was also originally made in Malayalam in 2013. The film, directed by Jeethu Joseph, was broadcast directly on Amazon Prime Video due to the pandemic

Ajay Devgn also shared the trailer for the film on his Instagram account and wrote: “Vijay aur uske parivaar ki kahaani toh yaad hogi na aapko? Ki yaad dilaye? (Should you remember the story of Vijay and his family? Or should we remember you?). Drishyam 2 in theaters on November 18, 2022.”

See also  "Fortunately, there is Tchouaméni" - French legend tips Real Madrid superstar to light up 2022 FIFA World Cup if Paul Pogba misses out due to injury