Economy Expected To Grow By 7.5% This Year: PM At Regional SCO Summit 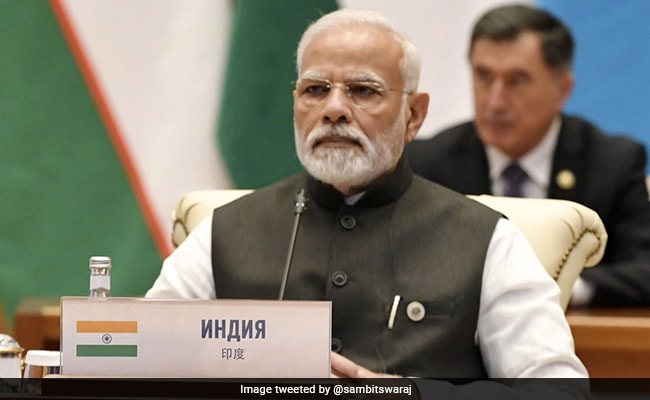 PM Modi said India is supporting innovation in every sector.

Indian economy is expected to grow by 7.5 per cent this year and it will be the highest among the world’s largest economies, Prime Minister Narendra Modi said at the annual summit of the Shanghai Cooperation Organisation (SCO) on Friday.

In his address at the summit in this historical Uzbek city, the prime minister also said India is making progress to become a manufacturing hub while highlighting various aspects of the country’s economy.

“We are making progress on making India a manufacturing hub. India’s young and talented workforce makes us naturally competitive,” he said.

“India’s economy is expected to grow by 7.5 per cent this year, which will be the highest among the world’s largest economies,” PM Modi said.

The prime minister made the remarks in presence of Russian President Vladimir Putin, Chinese President Xi Jinping, Pakistan Prime Minister Shehbaz Sharif and other leaders of the influential bloc.

“We are supporting innovation in every sector. Today, there are more than 70,000 Start-ups in India, of which more than 100 are unicorns. Our experience can also be useful for many other SCO members,” he said.

“For this purpose, we are ready to share our experience with SCO member countries by establishing a new Special Working Group on Start-ups and Innovation,” he said.

PM Modi said India is putting a lot of focus on the proper use of technology in the people-centric development model.

Recently, the Reserve Bank of India (RBI) expected the economy to grow 7.2 per cent in the current fiscal year.

The summit of the eight-nation influential grouping took place amid the growing geo-political turmoil largely triggered by the Russian invasion of Ukraine and China’s aggressive military posturing in the Taiwan Strait.

In his address, PM Modi also talked about the need for the SCO to develop reliable and resilient supply chains to offset disruptions caused by the Covid-19 pandemic and the Ukraine crisis.

The SCO was founded at a summit in Shanghai in 2001 by the presidents of Russia, China, the Kyrgyz Republic, Kazakhstan, Tajikistan and Uzbekistan.

Over the years, it has emerged as one of the largest trans-regional international organisations. India and Pakistan became its permanent members in 2017.