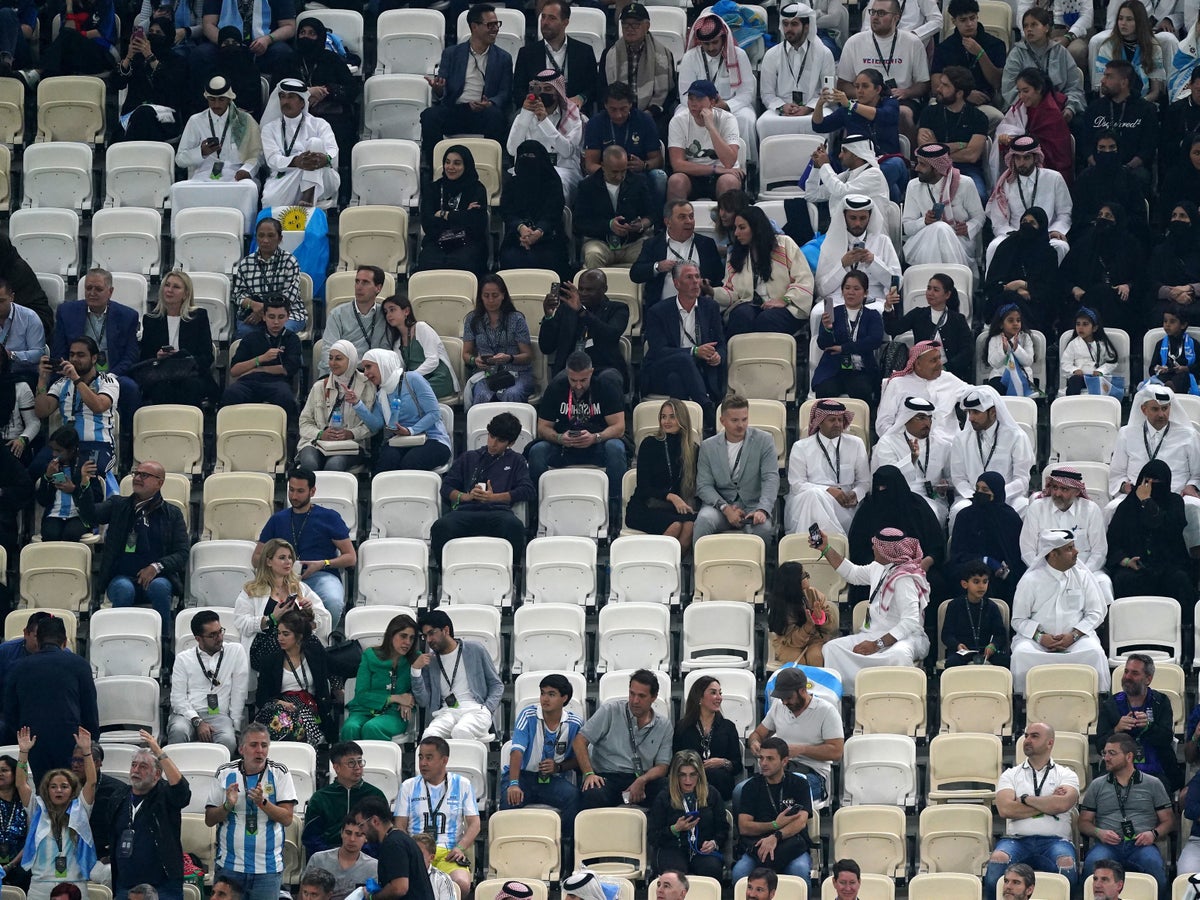 The World Cup final in Qatar was played in front of thousands of empty seats on Sunday as Argentina faced France at the Lusail Stadium.

Despite a significant number of Argentine fans showing up in hopes of seeing Lionel Messi claim the one trophy that has eluded him for a long time, the stadium did not fill up in time for kick-off.

Once the second half began, with Argentina beating defending champions France 2-0 thanks to a Messi penalty and an Ángel Di María goal, the number of empty seats had increased dramatically.

Thousands of seats in the 88,966-capacity stadium were empty and were not filled even as the game progressed.

“It’s the World Cup final! It should be a great shame for [governing body] FIFA,” wrote one Twitter user.

“People who hold the tickets for the empty seat strips at the start of the second half of the World Cup final should be given lifetime bans from all football activity,” wrote another.

Another tweet read: “Empty seats in a World Cup final kind of break the myth that this tournament has been a success.”

Another user echoed that sentiment, tweeting: “Empty seats everywhere when the second half starts? Explosion of the myth that Qatar is crazy about football. Shameful for Qatar, shameful for FIFA.”

Messi opened the scoring from the penalty spot (see here) after Di María was fouled by French winger Ousmane Dembele in the French box, before Di María found the net himself later in the first half.