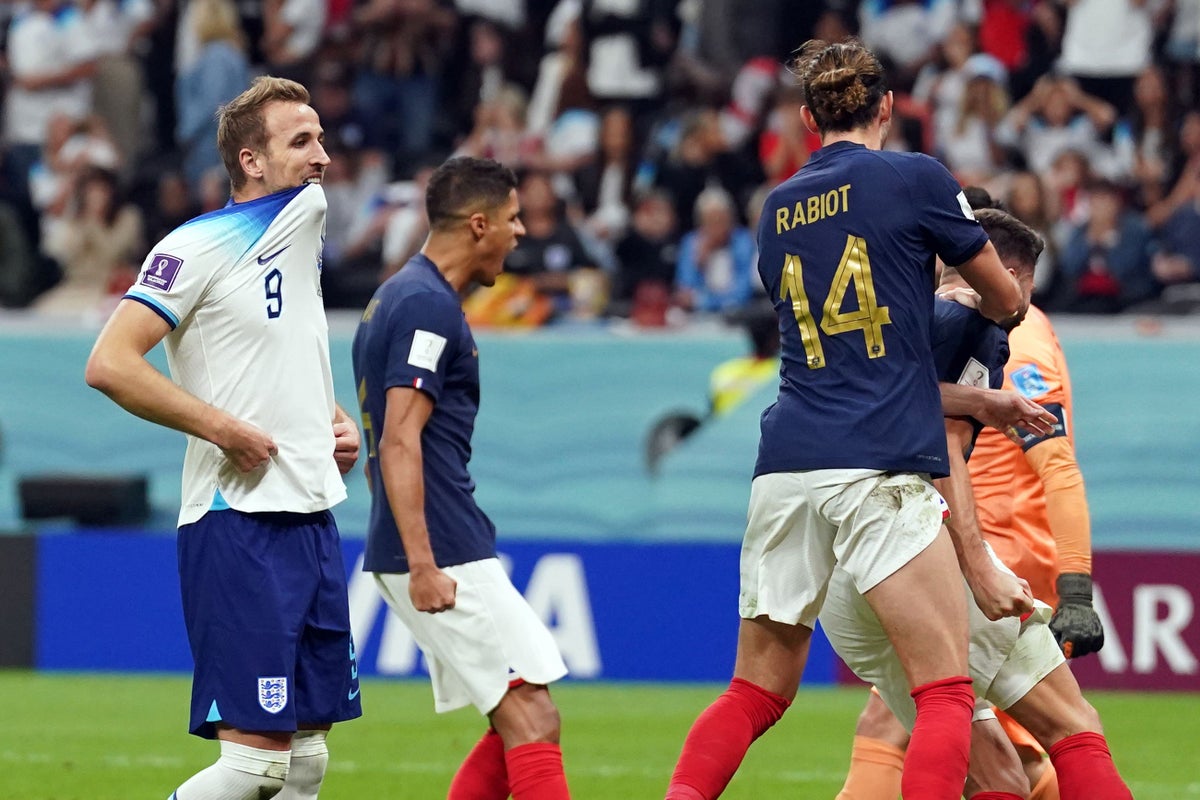 The World Cup match on ITV, in which Harry Kane missed a late penalty that ended in a 2-1 elimination in the quarter-finals, was the most watched show on all TV channels this year, the broadcaster said. station.

ITV said the game drew the highest average television audience of the tournament, surpassing England’s round of 16 match against Senegal, which was watched by an average of 18.4 million with 13.4 million watching all coverage.

An average of 20.4 million people watched the match across all viewing devices, with 15.8 million watching all coverage.

By comparison, England’s group stage match against USA was watched on ITV by an average of 15.1 million people, with 11.9 million watching all coverage.

Having reached the semi-finals in 2018 and finishing runners-up at last year’s European Championship, England had hoped to face Morocco in the semi-finals.

The game saw England fall behind for the first time in Qatar after Aurelien Tchouameni’s early lightning strike, only for Kane to equalize from the spot and equal Wayne Rooney’s all-time record of 53 goals for the national team.

France’s all-time top scorer Olivier Giroud restored the lead for the World Cup champions, who turned out to be the winner after Harry Kane missed a late penalty which ended in a 2-seed quarter-final elimination -1.

England have a long history of misses from the penalty spot that normally crop up on penalty kicks, such as their Euro 2020 final loss to Italy last summer.

Coach Gareth Southgate has a contract until the next European Championships in 2024, but has said he is deliberating his future in the wake of France’s exit from the World Cup.