Fifa accused of being ‘complicit’ in ‘human rights travesty’
Advertisement 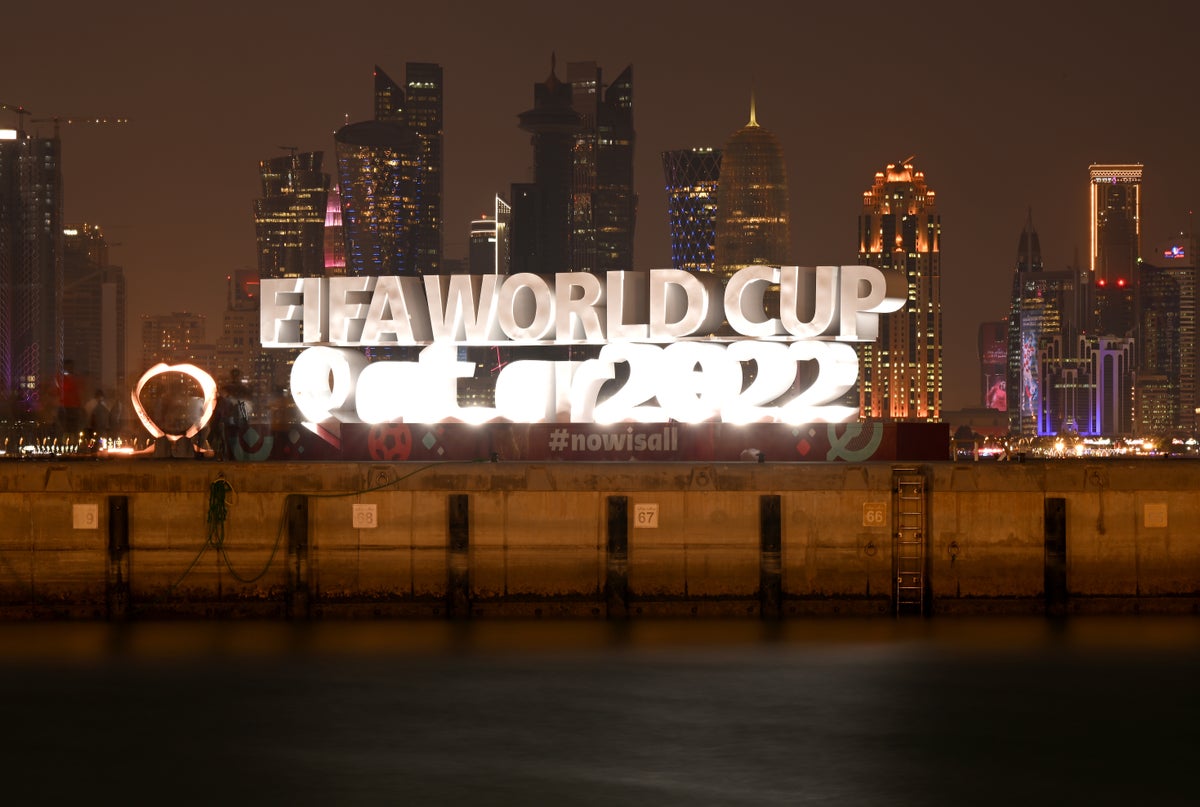 The family of jailed World Cup whistleblower Abdullah Ibhais accused FIFA and President Gianni Infantino of “callous indifference” and being “complicit” in a “travesty of human rights” that is “ripping apart” his young family.

“We refuse to back down,” a statement read. “We call on the Qatari authorities to immediately release Abdullah and call on all human rights organizations, journalists, activists, players and the World Cup public to speak out and call for Abdullah’s release.”

Ibhais’s case was referred to a team of UN human rights experts on Wednesday, and the family hopes it will result in an official statement that their case constitutes arbitrary detention.

Ibhais had recommended in August 2019 that the Qatari Supreme Committee acknowledge its role in abuses of migrant workers in connection with stadium construction.

Subsequently, the Supreme Committee presented a file containing serious accusations against Ibhais, who detained him by Qatari state security. He signed a confession under duress and in April 2021 was found guilty of “bribery”, “violation of the integrity of offers and benefits” and “intentional damage to public funds”, based entirely on his confession.

Ibhais then contacted human rights groups about her case, providing detailed information to back up her claims. Human Rights Watch and FairSquare published details of the case and fair trial violations in October 2021. Ibhais was arrested in November 2021, and Qatari authorities said they would carry out his custodial sentence.

See also  When do England play next after beating Senegal at the World Cup?

Qatar has denied the claims, insisting that Ibhais was convicted on the basis of “a large amount of strong and credible evidence”.

Ibhais will now serve his full sentence unless he receives a pardon. His imprisonment has already seen him spend four days between November 2 and 6 “in complete darkness in solitary confinement, after being physically assaulted by prison guards…with temperatures close to freezing while air conditioning prison was used as a torture device.”

Human rights groups have repeatedly called on FIFA to use its enormous influence to specifically call for a fair trial for Ibhais.

The world governing body has so far only repeated the line “everyone deserves a trial that is fair and where due process is observed and respected”, which FairSquare says is nonsense, further describing its message as “on par” with the Supreme. Committee.

This is one of the many factors that has once again got the family talking as the World Cup draws to a close. A statement noted the contrast between the opening ceremony on November 20 and the conditions Ibhais suffered a few kilometers away.

“The stark difference between the two scenes at the time of the opening of the World Cup will always haunt us like their family. On the one hand, football fans around the world celebrated the start of the long-awaited event with all the joy, talent, surprises and fun that the World Cup brings every time it happens.”

The statement then details Ibhais’s testimony to his family.

“I think the temperature reached four degrees Celsius at some points. I was already suffering from several bruises after the assault by the prison guards, and I was shivering all the time, as the cold air that was directed at me never stopped. I hardly slept during those four days.”

He then adds the prison administration’s “pretext for this torture is that he was trying to ‘smuggle’ a letter to his wife.”

“Abdullah Ibhais has exhausted all legal channels as Doha has failed him,” the statement read. “Deprived of a fair trial from the beginning, he was interrogated without a lawyer by the State Security police, in a case that admitted that he does not belong to state security.

“Abdullah was denied access to any information about his case for an entire year while he awaited trial. Abdullah was allowed to present oral defense in only one instance at the three levels of court before which he appeared; his lawyer was only allowed to speak for five minutes.

“Our beloved Abdullah has bravely defended his conscience, his family, his children and a country he thought he was helping set an example by hosting the first World Cup in an Arab state. He wasn’t afraid to challenge his superiors. Abdullah was trying to show Qatar in its best light, own up to their mistakes and do right by them and all the migrant workers who have suffered as a result. We never thought that he would become a political prisoner. Abdullah used Fifa’s own systems to speak; instead, he has been punished.”

The statement goes on to criticize FIFA and Infantino in the strongest terms.

“We, the Family of Abdullah Ibhais, call out to FIFA and its president, Gianni Infantino, who once said that the World Cup is the voice of the marginalized. Your deeds have not lived up to your words. FIFA is complicit in Abdullah’s imprisonment and FIFA’s silence is tearing our family apart. We reject the cruel indifference of FIFA. We refuse to back down – today we call on FIFA to take responsibility and finally acknowledge this human rights farce.”

The statement also alleges what they believe to be the primary factor in his imprisonment.

“However, the real cause is the broadcast of the documentary “Qatar: A State of Fear?” on ITV1 in the UK, where Abdullah’s case was one of the main cases featured. The Qatari embassy in London sent its response to ITV1’s request for comment on October 30. Abdullah was in solitary confinement two days later, one day before the broadcast.”