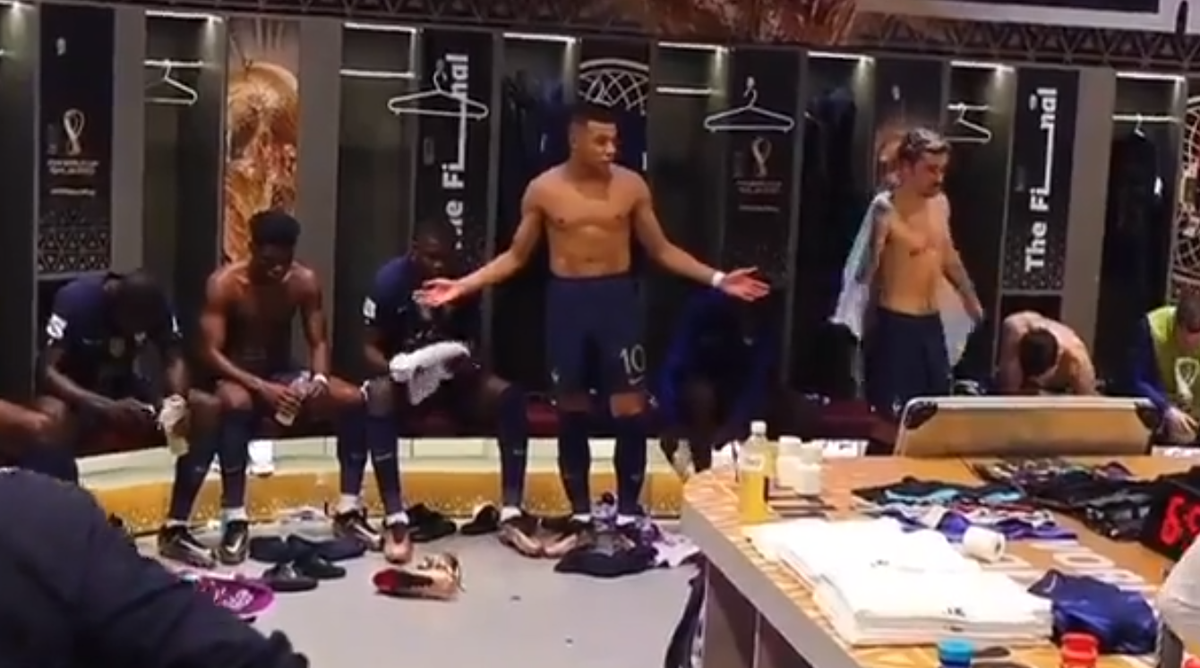 France were 2-0 down at half-time after goals from Lionel Messi and Angel Di Maria put their opponents in control of the game. But Mbappe led the French resistance in the second half with two goals in two minutes to set up a dramatic conclusion.

“It’s the World Cup final guys, it’s the game of our lives! We can’t do worse than how we played”, says Mbappe. “Now we return to the pitch, we have to get ahead. Either we let them play us like idiots or we get in there, put a little intensity into our duels and turn things around, guys.”

And he adds: “It’s a World Cup final. They scored two goals, we are behind two goals. We can go back! F**k guys, this is only every four years.”

Deschamps also spoke bluntly to his players. “You’re not with it, guys! You’re not going to get to any second ball. The difference is that they play as if it were a World Cup final and you don’t”.

The game eventually went in Argentina’s favour, but not before Mbappé completed his hat-trick and scored the opening goal of the penalty shootout.

Mbappé returned to training with Paris Saint-Germain on Wednesday ahead of the resumption of the Ligue 1 season on December 28, while PSG teammate Lionel Messi continues to celebrate at home in Argentina.