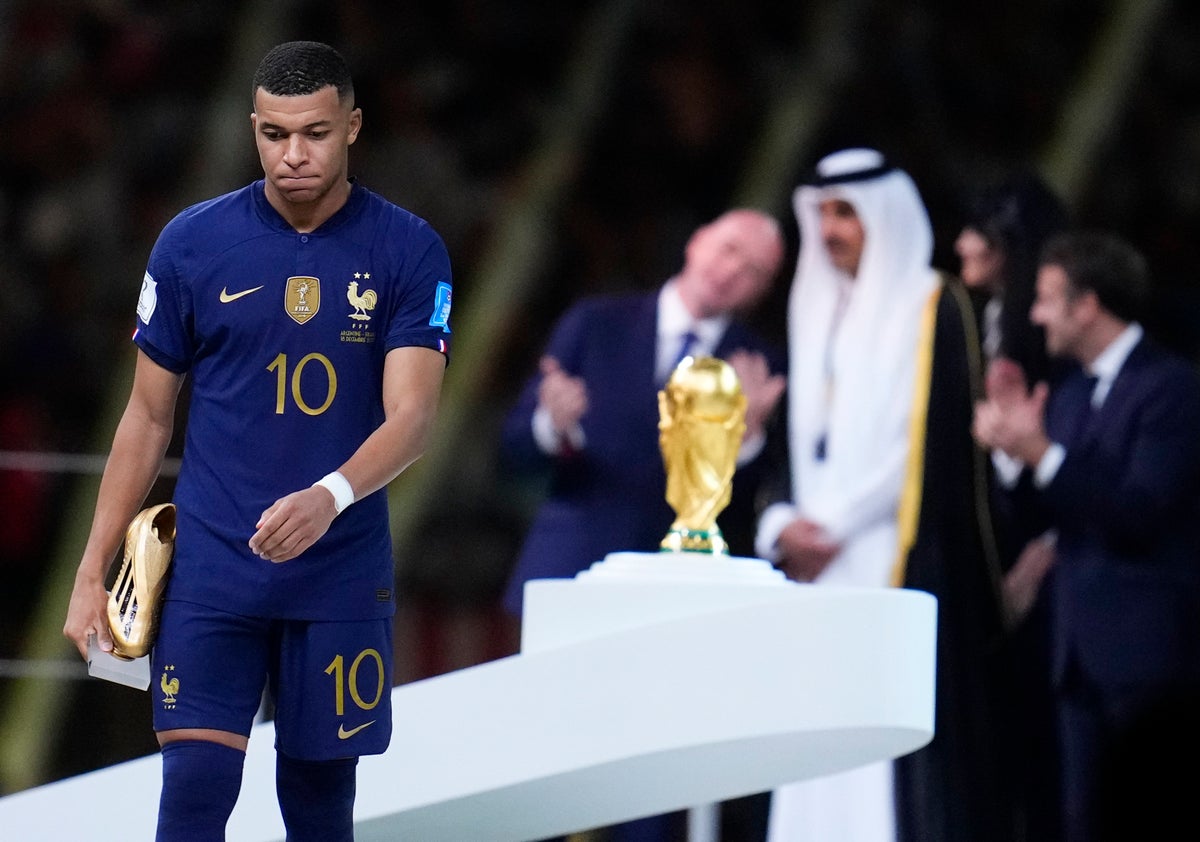 Fans will welcome the France team in central Paris on Monday night after their loss to Argentina in the best final in World Cup 2022 history.

Kylian Mbappe and his teammates, who left Qatar on Monday, are expected to go to Place de la Concorde in the evening to greet fans, according to a statement from the French Football Federation.

Unlike 2018, when France won the World Cup in Russia, the players will not have a parade on the Champs-Élysées avenue.

In his first message posted on Instagram and Twitter following Sunday’s defeat, Mbappé posted a photo of himself, head down, behind the World Cup trophy with the caption: “We’ll be back.”

More than 24 million people, eight out of 10 viewers, watched the final on French television TF1, a record.

France played their part in one of the most memorable finals in World Cup history, despite the defending champions failing to retain the title. Mbappé’s hat-trick of goals helped France draw 3-3 with Argentina after extra time, leading to a penalty shootout.

See also  Croatia World Cup 2022 squad guide, fixtures and ones to watch
Advertisement. Scroll to continue reading.
In this article: