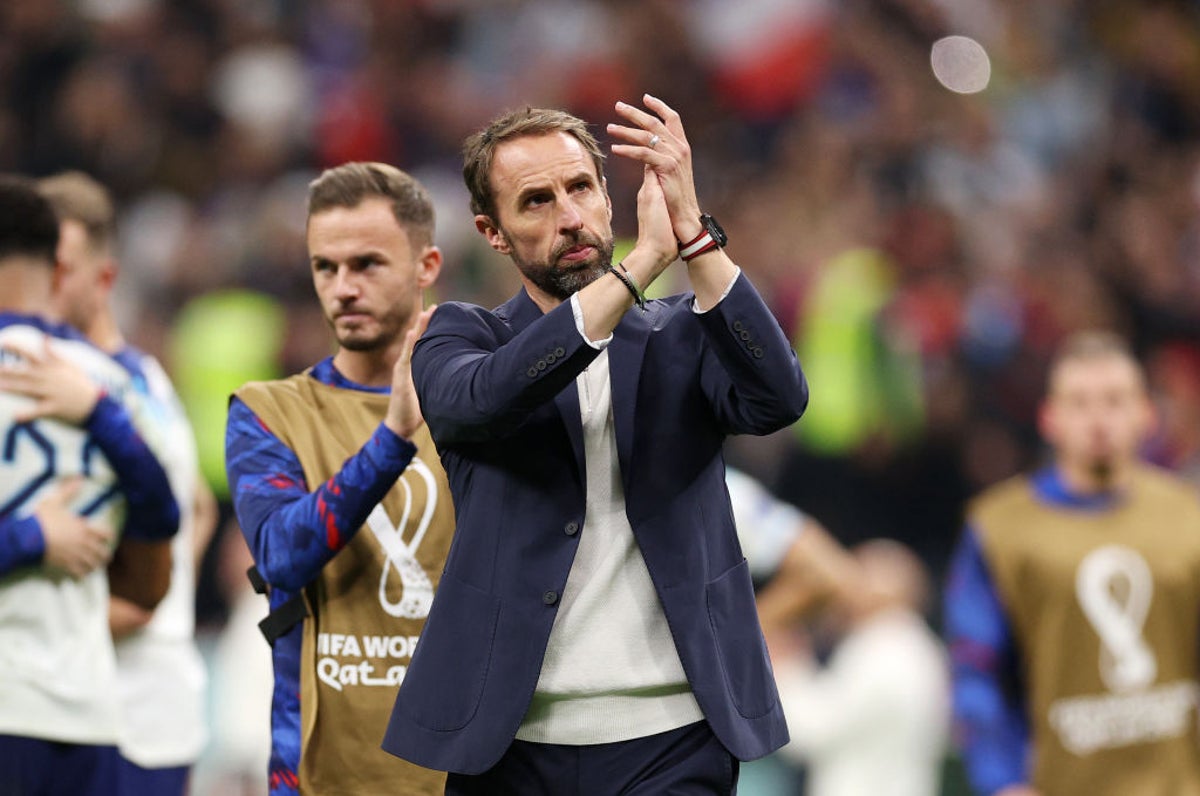 Gareth Southgate made no commitment to stay with England beyond the World Cup after their quarter-final loss to France and said he will need “time” to reflect on his future.

The England manager accepted that his team had missed a chance against the defending champions, who advanced to the semi-finals after Harry Kane missed a late penalty to equalize and send the match into extra time.

Kane had converted an earlier penalty to cancel out Aurelien Tchouameni’s excellent first goal, before Olivier Giroud scored the winner with a header at the near post.

Southgate’s contract runs until the end of Euro 2024 and the England manager has said he will take “time to reflect” on the Qatar tournament before making a decision on his future.

Southgate led England to the World Cup semi-finals in 2018 and then to the Euro 2020 final last summer, but the Three Lions were aiming to win the World Cup this month.

When asked about his future following the England defeat, Southgate was non-committal, telling ITV: “After every tournament, we sit down and review and reflect. That needs a little bit of time for everyone to make the right decisions.”

Southgate was positive about England’s display, saying the Three Lions deserved more from their performance.

“I just told the players that I don’t think they could have done anything more,” Southgate said. “I thought they played well against a superior team, but they are good margins. I think the way this group progressed through the tournament was fantastic.

“We were here to try to win the tournament, we thought we could, with this performance against the world champions, we could have.”

Southgate refused to blame the performance of Brazilian referee Wilton Sampaio, backing Kane after his captain missed a late penalty.

“We win and we lose as a team,” he said. “We have missed some opportunities. He’s so reliable in those situations that we wouldn’t be here if it wasn’t for him.”