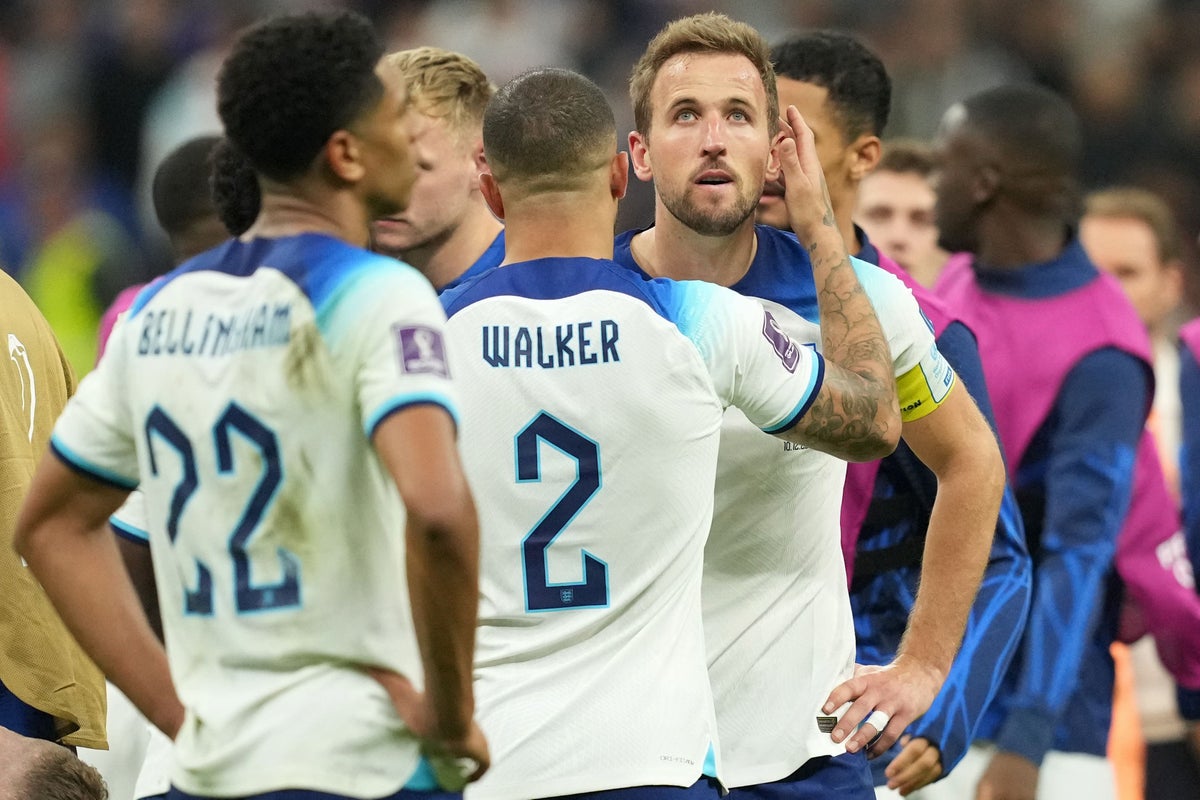 Kane missed a penalty as England’s bid to be crowned world champions for the first time since 1966 ended in a heartbreaking 2-1 loss to France in the quarter-finals on Saturday.

Captain Kane canceled out Aurelien Tchouameni’s opening goal for France with a shot from the penalty spot, but fired back on a later chance when Olivier Giroud’s header proved decisive.

Neville, who works as a pundit for ITV, said: “I am absolutely gutted for Harry Kane and gutted for the lads. They played very well in the second half. It was a 50-50 game and we just came off the wrong end.

“You wouldn’t want anyone else to take that penalty. He would have made him the greatest goalscorer in England’s history. the heartbreak They have worked very hard in all the qualifying matches and now they have to wait four years to do it again”.

The former England striker said: “You’re disappointed that Harry lost the pen. He’s the man, he’s done it brilliantly, but he’s tried to make sure he got in and it hasn’t quite worked. It’s very disappointing for him.”

Keane said: “Despite all the disappointments, you would still ask him to take the next one. He is a brilliant player, a brilliant professional. But it’s a big setback for him, you’d think he’d hit the mark, but he messed up his lines.”

See also  Is this the most unpredictable World Cup in recent history?

France go on to face surprise package Morocco for a place in the final against either Croatia or Argentina.

Neville feels England can go away with their heads held high, but will reflect on what could have been.

“We are not going to be hard on them,” he said. “They’ve played well and represented us amazingly for four years, but I think the guys in the locker room will think it was a missed opportunity.

“They narrowly missed the game in the second half, they have Morocco in the semifinals and they are in good shape.

“This is not a disgrace. England have lost quite a bit in some tournaments, but they have played well against a good team. I thought they beat him at the end, but obviously not on the scoreboard.”

Neville thought England were on the wrong end of some bad calls by Brazilian referee Wilton Sampaio.

The most prominent were a possible foul on Bukayo Saka in the build-up to France’s opening goal and England also had another strong appeal for a first-half disallowed penalty.

Neville said: “The referee had an absolute nightmare. It was a referee joke. I’m not saying it’s all down to England’s loss and people might say those are excuses, but he was just a bad referee. Bad classification”.

England manager Gareth Southgate, who is on contract until 2024, did not commit to his future after the match but Neville hopes it will continue.

He said: “I would love to see Gareth stay for another two years and I would love for him to stay beyond that, either as manager or in another FA-designed role.

See also  BBC vs ITV: Who won the battle for our World Cup screens?

“In the last 10 years we have won youth tournaments, we have won a women’s tournament, we have reached a men’s final, we are playing very well and we have good technical players.

“England is in a pretty good place. We’ve been out of tournaments for the past 25 years, but we have a great future and he’s a big part of that.”

Keane felt that the defeat was hard for England.

He said: “It’s brutal. I thought England was exceptional. They covered well and were the better team, but credit to France for finding a way to win when they weren’t at their best. That’s what it’s about, but it’s very tough for England.”