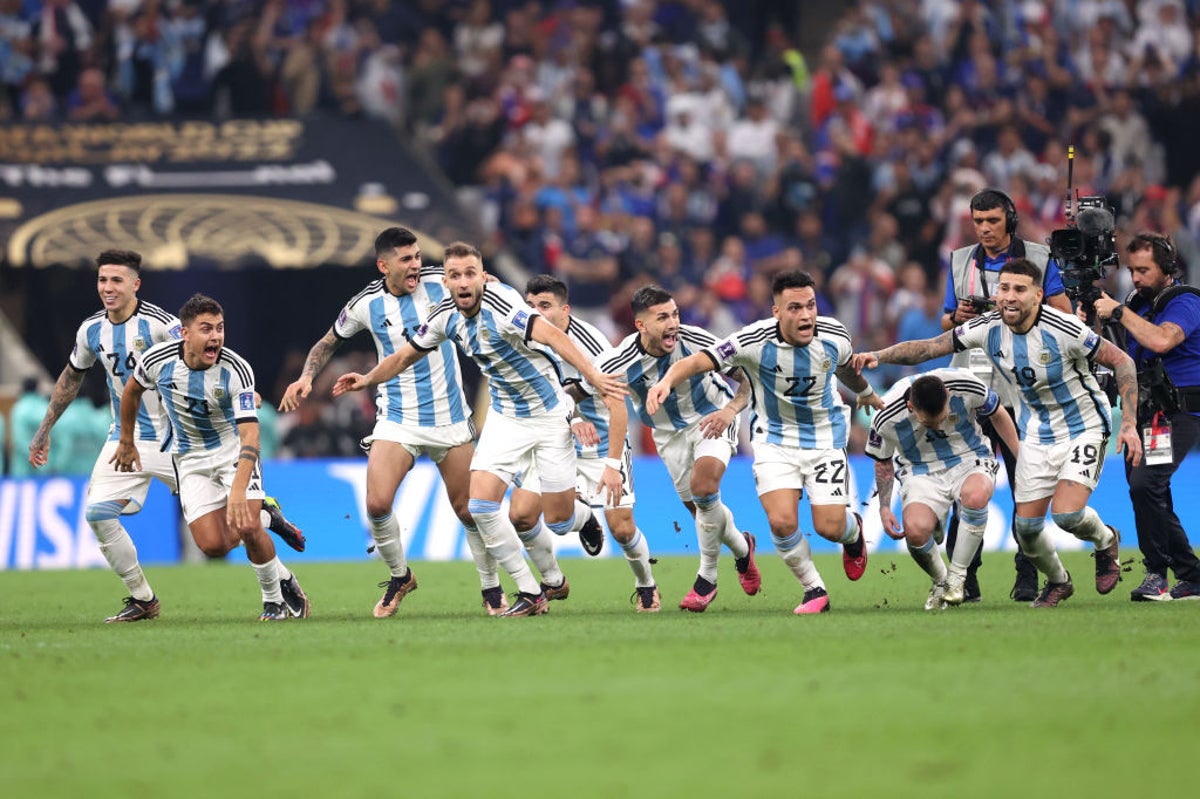 It is Lionel Messi day, it is Lionel Messi’s World Cup, but for more than a moment it seemed to have been Kylian Mbappé’s. There is no doubt that the Lusail Stadium has been the site of the greatest World Cup final ever and while its outcome was determined and decided by its biggest names, it was a game in which their drive and spirit they were shaken and influenced by much more.

The illusion is to think that there was order in the chaos. At first it was Ángel Di María and a masterful move by Lionel Scaloni. And then there were Randal Kolo Muani and Marcus Thuram, launched out of desperation by Didier Deschamps. Argentina had been inspired but France responded. Later, when France had control of the World Cup and sensed history, Argentina found Emiliano Martínez and, out of nowhere, Gonzalo Montiel.

This is the World Cup in Argentina, but this was a final that belongs to those who wrote their drama. France did not have a plan to stop Argentina and Lionel Messi. After all, the role of the defending champions is not to bend the knee, but with five minutes left in the first half of the World Cup final, France was two goals down, and Deschamps had no choice but to prove something. new.

Until then, France had offered nothing. While Argentina changed their approach for the final, with Di Maria called upon to push France out of form until they fell apart, Deschamps believed his opening hand was stronger. It was thought that Argentina would shut down Mbappé and France’s left side would be one of the defining areas of the World Cup final. Instead, Scaloni turned the question on its head and sent Deschamps scrambling for an answer.

Deschamps produced one at one point in World Cup history, becoming the first coach to make a double substitution before halftime in a final. Ousmane Dembele, tortured by Di Maria’s positioning in the early exchanges, hooked up alongside Olivier Giroud. Kolo Muani and Thuram were the substitutions that changed everything, although their impact was not immediate.

Rather, what was almost the most amazing comeback in World Cup final history came as much from Mbappe’s sudden appearance as from the gradual turnaround that Deschamps and his substitutions produced.

Argentina had begun by finding its own answers. Scaloni looked to have produced one of the great tactical adjustments in World Cup final history, as Di Maria danced into the blind spot left behind by France.

The allure of Messi finally winning the World Cup will be the story that overshadows everything else in this final, but let’s not forget how Argentina’s victory was also built on the tireless work and sacrifices of his teammates. Throughout the World Cup, Argentina has grown stronger as Messi’s disciples pushed through a system that allows Messi to produce the moments that only he can.

Di María is perhaps the second star of this Argentine team, author of the winning goal against Brazil in the Copa América final last summer. He had only played nine minutes of the round of 16 due to injury and in his absence Argentina managed to be even more disinterested in applying him. Without him, Argentina had also shown flexibility. Against the Netherlands and Croatia, Scaloni had modified his system not only to get the best out of Argentina, but also taking into account the strengths and weaknesses of their opponents.

The turnaround for Argentina was not just the inclusion of Di María, but where he positioned himself. That his last decisive contributions in a grand final were on the left and not on the right was Scaloni’s trump card. Di Maria not only started on the opposite flank to where he has made a career of cutting from the inside, he did it by taking the wide finish to its extreme. In doing so, he tipped the balance of the Argentine attack.

That it came by design was a vindication of the approach of Argentina and Scaloni, until France turned it around. Kolo Mauni and Thuram provided a shot of energy and directness down the wings, helping to mitigate the threat from Di Maria. Antoine Griezmann had been perhaps France’s best player in Qatar, but he was sacrificed for Kingsley Coman, who was inspired by putting on a sublime display as a substitute midfielder.

Eduardo Camavinga found himself on the left side and from there France found their feet in the spaces that had previously been dominated by Rodrigo De Paul. Before that, De Paul was able to tie all of Argentina’s plans together, allowing Di Maria to stand tall and wide on the left. He matched Adrien Rabiot to maintain Argentina’s numerical balance in midfield. He opened up to follow Theo Hernández’s adventurous careers abroad, which if the World Cup final had played out differently could have been the equivalent of Di María’s positioning. De Paul also got inside to follow Mbappé, on the occasions when Nahuel Molina recovered his form by opening up more.

Mbappé could not be prevented, nor could this final reach the most remarkable of conclusions. Scaloni turned to Lautaro Martínez and France stretched, for the first time since Di María could not continue. It ends, yes, with Messi and his World Cup, in a story written by many more.