‘I understand what I need to do’: Kyle Walker on World Cup battle with Kylian Mbappe
Advertisement 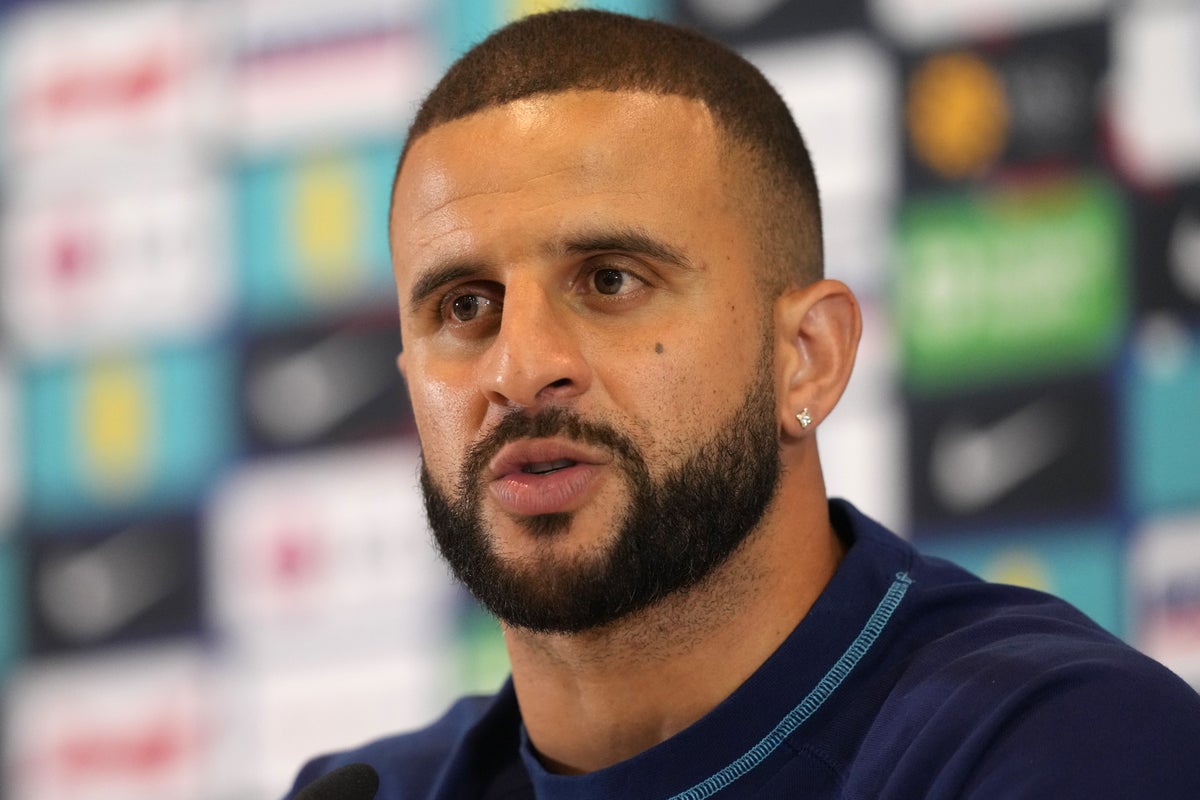 Most of the debate since the tie was confirmed has revolved around Kylian Mbappé and how England can stop a man who leads the golden boot race with his five goals in Qatar.

But Walker isn’t ready for England to become theater goers, having backed Gareth Southgate’s men to show what they can do.

“Hats off to them, they are world champions, they have the respect they deserve,” Walker said of France.

“They won the last World Cup. But I can assure you that each and every one of us will not roll out the red carpet for you to perform, thinking it is a theater for you to display your great talent.

“We also have some great talent that we need to talk about as well. The goals we have scored, the clean sheets we have kept. We just move on with it.

Walker is likely to be the man tasked with keeping Mbappe quiet at Al Bayt Stadium on Saturday night and has already faced the Paris Saint-Germain striker four times in the Champions League.

“Obviously it’s going to help because I’ve played him several times with Manchester City against PSG,” Walker said of his battle with Mbappe.

“He is a fantastic player, in great shape. It will not be an easy task. As a professional footballer, you want to play against the best and he is one of the best, if not the best, in the world right now.

“Do I understand the approach? Of course yes. I understand what I have to do and that is obviously to stop it.

“Probably easier said than done, but I don’t underestimate myself. I’ve played it before and I’ve faced great players before in my time playing for England, Man City and other clubs I’ve played for.

“I have to treat it like one more game. I have to be more careful and give him the respect he deserves, but not too much respect because he is also playing against England and we can cause problems for them too. It’s going to be a tough game, but no player makes a team.

“The game is not England vs Mbappé. The match is England vs France. We respect that he’s a good player and he’s in good shape right now, but I’m not going to roll out the red carpet for him and tell him to go score.

“I am representing my country in the quarterfinals of a World Cup. It’s do or die really. If we lose we go home. It won’t get in my way and hopefully I’ll win a World Cup for my country.”

There have been suggestions that Southgate could go for a defense of three for the quarter-finals, as they stuck to a central defensive duo in the first four games.

When asked about his changing role in the different system, Walker replied: “I don’t think there are many changes really.

“I feel like the system we play in, whether it’s for Manchester City or England, I don’t really bombard forward maybe as much as I used to when I was playing for Tottenham as a full-back, for example.

“It’s a team game, it’s not a solo game. I do what the coach asks me to do and what will benefit the team”.