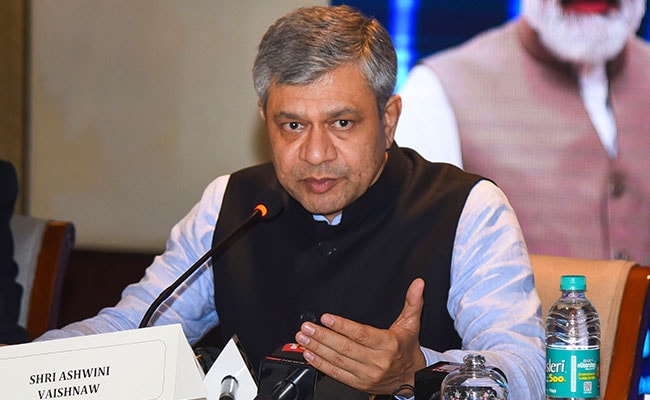 India has been able to build trains that are among the best in the world, Ashwini Vaishnaw said.

“India has been able to build trains that are among the best in the world and the next big breakthrough will be when the hydrogen-powered train is launched on August 15, 2023,” the Minister of Railways, Communications, Electronics and IT said. here in a program.

The world’s first hydrogen-powered train was launched in Germany last month. This gas is an environmentally friendly fuel.

On Thursday’s program, the minister said that a train, built at the Integral Coach Factory (ICF), Chennai, was recently found among the top five trains in the world.

It was moving at a speed of 180 kilometers per hour that astonished the world, he said.

“This train is better than all other trains in multiple parameters. A glass of water kept in the driver’s cabin remains intact even when the train is moving at maximum speed, indicating its stability,” Vaishnaw said.

Referring to the Vande Bharat Express train, he said it took only 52 seconds to go from zero speed to 100 km per hour, while Japan’s famous Bullet train took 55 seconds to do the same.

Vaishnaw said that Prime Minister Narendra Modi had asked engineers to build world-class trains that should be safe, stable and consume less energy as well as run at a good speed.

Attention was also being given to cleaning up railway stations and a satellite map had been prepared to identify 132 district headquarters cities in need of rail connectivity.

See also  What does it sound like when space rocks crash into Mars? New audio from NASA has the answer.

The Detailed Report of the project of the same was being prepared, said the Minister of Railways.

He said that the punctuality of trains in India was around 89 per cent at present, which should reach 100 per cent.