Is Japan vs Spain on TV? Start time, channel and more
Advertisement 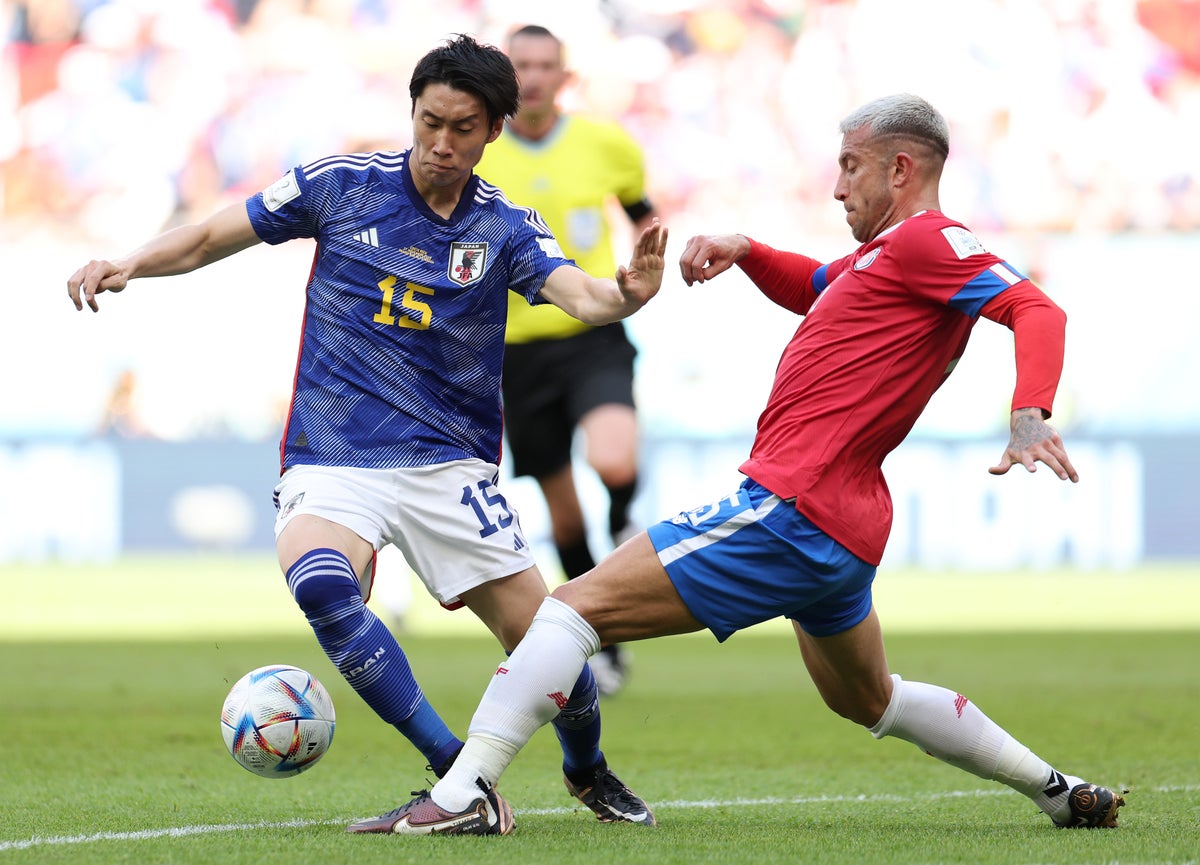 Spain are looking to clinch first place in Group E at the World Cup when they take on Japan, who are aiming for another upset in Qatar.

Hajime Moriyasu’s side were stunned by Costa Rica last time out, meaning victory here is essential to maintaining any hope of qualifying for the round of 16. While Spain, which drew 1-1 with Germany in their second match, can clinch first place and head to the final on paper with another win.

“There was a strange feeling in the dressing room because we had the chance to beat Germany and we let it slip out of our hands and it was a shame,” Luis Enrique said before the game.

“But we have to think that we are at the top of the so-called Group of Death and we have to stay positive. A draw against Japan on Thursday would probably send us into the round of 16, but we’re not going to speculate. We will use all our strength and go for the win to secure the top of the group standings.”

When is Japan vs Spain?

The match between Japan and Spain is scheduled for Thursday, December 1 at 7pm GMT at the Khalifa International Stadium in Doha, Qatar.

What TV channel is it on and how can I watch it online?

The match will be televised in the UK on ITV, with coverage from 6:15pm

A live broadcast can be found on ITVX or the ITV website, alternatively check with Independent Sport here to find minute-by-minute live updates.

Japan have doubts about Takehiro Tomiyasu and Hiroki Sakai due to hamstring injuries, while a knee injury could prevent Wataru Endo from playing, with Ao Tanaka or Gaku Shibasaki likely to step in.

Spain’s Barcelona star Gavi, 18, is a doubt after missing training with a minor knock. Although Luis Enrique could rest Sergio Busquets, since his captain is one yellow card away from a suspension.

That means the likes of Koke, Carlos Soler and Marcos Llorente are all in contention to start their first match in Qatar.

Although Manchester City’s Rodri could return to his preferred role in midfield after taking over at centre-back, freeing up Pau Torres or Eric Garcia to partner Aymeric Laporte at defense.

Álvaro Morata is in contention to start after his second goal from the bench in as many games. His inclusion would likely come at the expense of Ferran Torres or Marco Asensio, with Dani Olmo also set to start.

Japan needs this more, but Spain can take them out even with a heavy turnover. Victory remains key to clinch top spot, so I expect Luis Enrique’s side to get the job done here, perhaps by more than one goal with Hajime Moriyasu’s side punished at half-time for chasing the game late. Japan 1-3 Spain.

See also  Team news and predicted line-ups ahead of France vs Poland
Advertisement. Scroll to continue reading.
In this article: