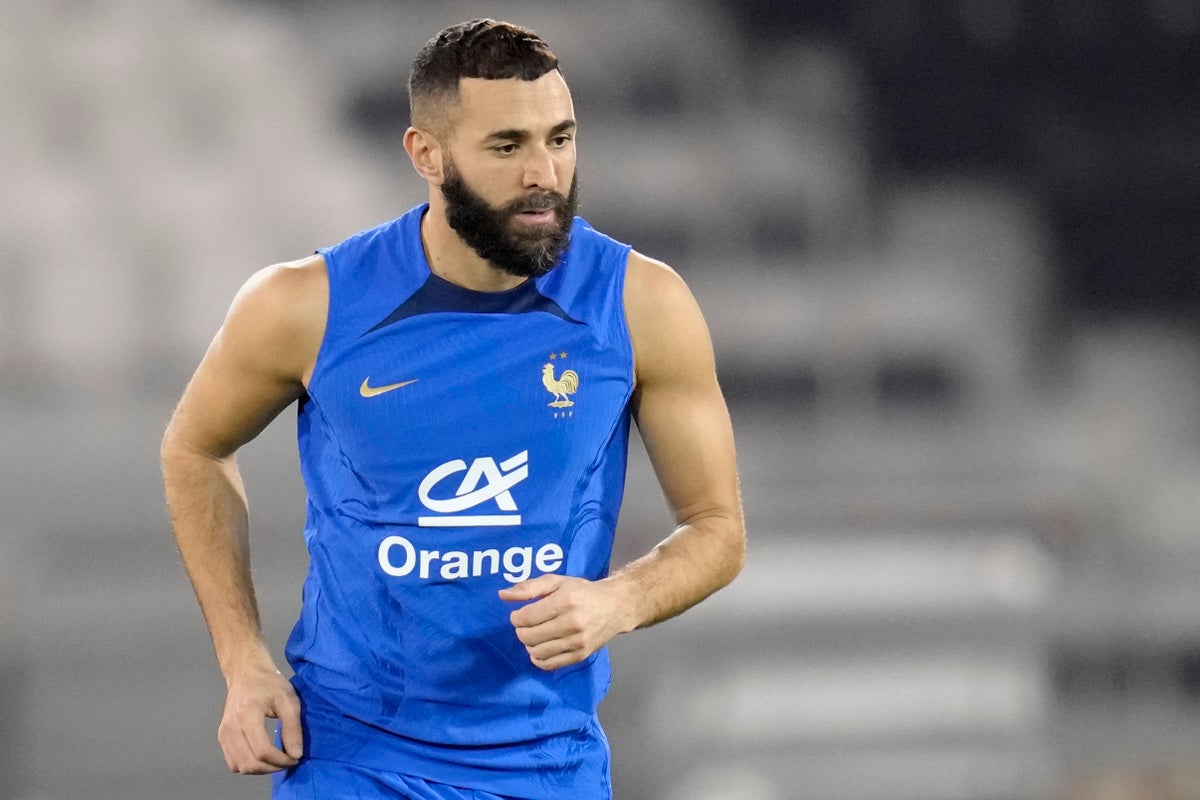 Didier Deschamps has ruled out the possibility of Karim Benzema making a dramatic return to the France team to feature in Sunday’s World Cup final against Argentina.

The Ballon d’Or winner had suffered a thigh injury in training that appeared to end his tournament before it began.

But the forward made a quick recovery and appeared in a behind-closed-doors friendly for Real Madrid against Leganes, prompting suggestions that Deschamps, who had never replaced him in his team, could bring him back to face Argentina.

But the France coach denied that could happen, saying: “Some players have been injured and Karim Benzema is one of them and Lucas Hernández was injured in the first game. From that moment on, I have 24 players in my squad and they are the ones I have at my disposal, so I don’t think it’s fair for those players to ask for players who aren’t there.

“It’s not up to me to decide who comes to watch the game, former players or injured, I focus on my squad and the players I have at my disposal. We have lost three Christopher Nkunku, Karim Benzema and Lucas Hernández and I lost them even though they were in the team to start with. So now I’m focusing on my 24-man squad and they’re the ones I’ll have at my disposal tomorrow.”

Benzema missed France’s 2018 World Cup victory when he was out of international football for five years. In his absence in Qatar, Olivier Giroud has returned to the side and has scored four goals.

Deschamps is waiting to find out if a virus will force some of his players to miss the World Cup final. Adrien Rabiot and Dayot Upamecano sat out the semi-final win over Morocco due to illness, before Raphael Varane, Ibrahima Konate and Kingsley Coman missed Friday training.

He added: “We are trying to manage this as best we can and stay calm and focused. We are doing everything we can to take precautions and adapt and live with it without going too far but doing what is necessary. We would have preferred not to face this, but we are handling it the best we can.”