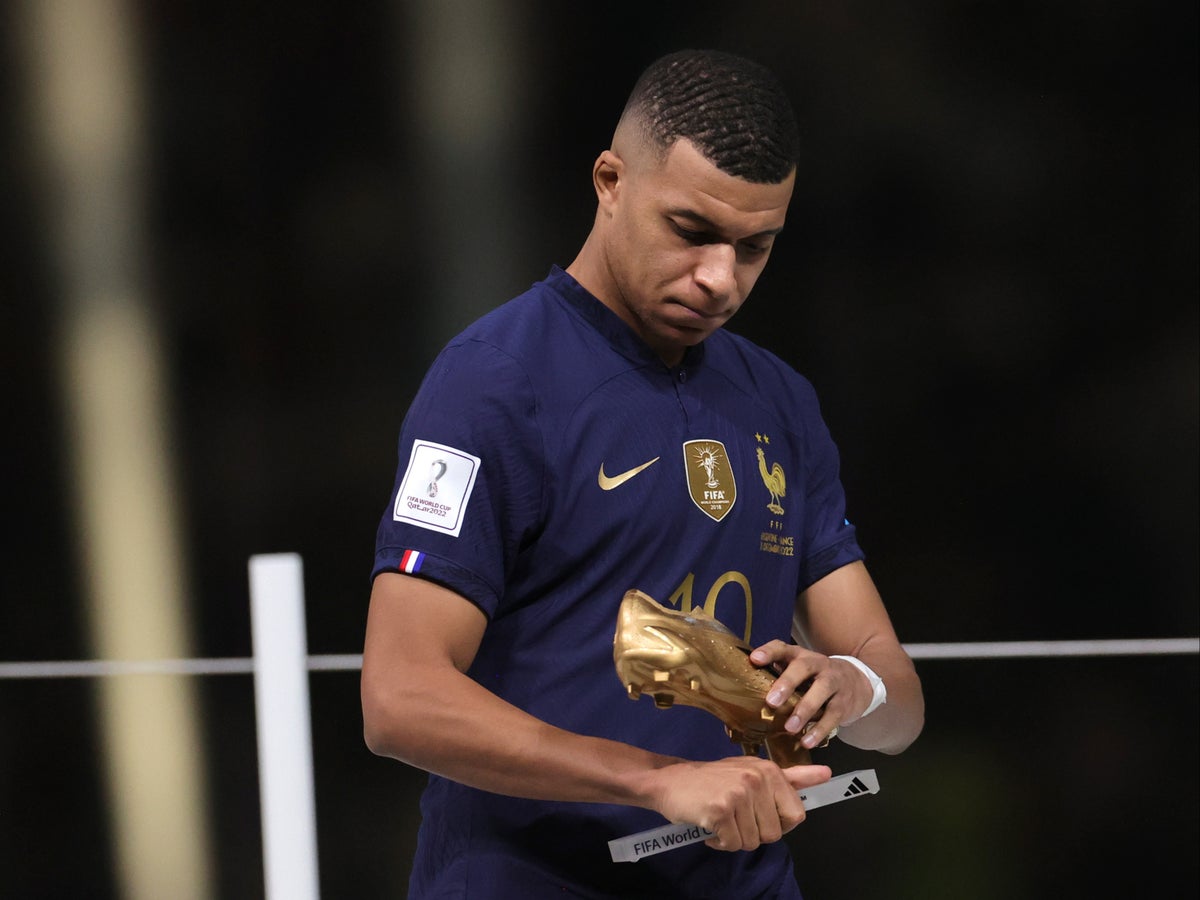 Kylian Mbappé won the Golden Boot at the World Cup in Qatar after scoring a hat-trick in France’s loss to Argentina in Sunday’s final.

The award goes to the player who has scored the most goals in the most recent edition of the tournament, an accolade Mbappe garnered on Sunday (Dec 18) by scoring for the sixth, seventh and eighth times at the World Cup in Qatar.

French striker Mbappé entered the final with five goals, level with Paris Saint-Germain teammate Lionel Messi, but with two assists to the Argentine’s three, making Messi the frontrunner for the reward.

And Messi looked to have won the Golden Boot after opening the scoring with a first-half penalty, a platform Argentina built when Ángel Di María made it 2-0 before halftime. But with 10 minutes remaining in regulation time, Mbappé scored his own penalty before completing a half-volley brace just 97 seconds later.

The Golden Boot seemed to be going home again with Messi in extra time, when the 35-year-old scored a close goal to put Argentina 3-2 up, but Mbappé netted another penalty minutes later to once again equalize and win. . Messi in the race for the award alone.

Mbappé’s goals on Sunday also made him the first man to score four goals in World Cup finals and the second to score a hat-trick in a final, the first since Geoff Hurst in England’s 1966 win over West Germany.

Behind Mbappé and Messi in the standings were Frenchman Olivier Giroud, who became his country’s all-time top scorer during this tournament, and Argentine Julián Álvarez. Both forwards had scored four times before the final without registering any assists. Giroud, however, was taken out of the running when he was substituted after Argentina made it 2-0 in the first half.

Mbappe, who turns 24 on Tuesday (December 20), scored his first goal of the tournament in France’s opening match as the defending champions recorded a 4-1 win over Australia. The PSG striker then scored both of France’s goals in a 2-1 win against Denmark, before coming on as a substitute against Tunisia and failing to score as Les Bleus lost 1-0.

In the round of 16, Mbappe scored twice again, helping Didier Deschamps’s side to a 3-1 win, before going hitless against England in the quarter-finals, though France came out on top 2-1 overall. modes.

In a 2-0 semi-final win over Morocco, France’s goals again came from elsewhere, before the French faced Argentina in the final and Mbappé scored his quick brace and penalty after extra time.

Aged 19 at the time, Mbappé became the youngest player to score in a World Cup final since Pelé for Brazil in 1958. The Frenchman scored his team’s last goal in a 4-1 win. 1 against Croatia.