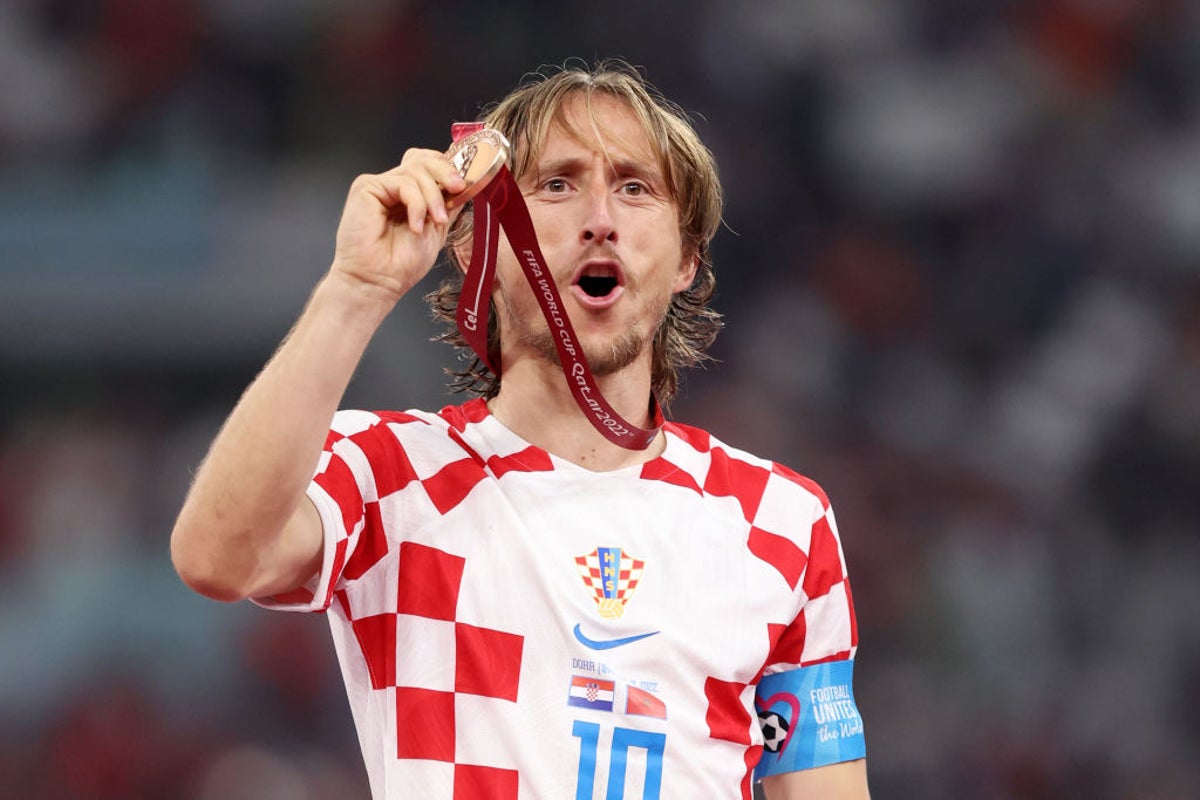 Luka Modric has confirmed that his last World Cup match will not send him into international retirement, but at this point he is unsure if he will continue with Croatia until Euro 2024.

The 37-year-old midfielder captained Croatia to a 2-1 win over Morocco, which meant his team finished third in Qatar, after a second-place finish in Russia four years ago.

Modric, who has won a national record 162 caps, is considering playing for Germany at Euro 2024 but has promised to be available for the Nations League final in June. Croatia, Spain, Italy and the Netherlands are the four semifinalists.

The Real Madrid player was proud that Croatia, which was beaten by Argentina in the semi-finals, secured a third top-three finish at the World Cups.

He told BeIn Sports: “This medal is very important for us, for me, for my country, for Croatia as a national team.

“With this medal we confirm that Croatia is playing an important role in the world of football. We leave Qatar as winners.

“About my future? I don’t know if I’ll be in Germany, I have to go step by step. I’m enjoying the national team, I feel happy.

“I still believe that I can perform at a high level and I want to continue until the League of Nations, then there will be more time to think about the Eurocup.

“Now it’s step by step and continue until at least the Nations League and then we’ll see.”

See also  Lionel Scaloni: The caretaker who became a World Cup winner
Advertisement. Scroll to continue reading.
In this article: