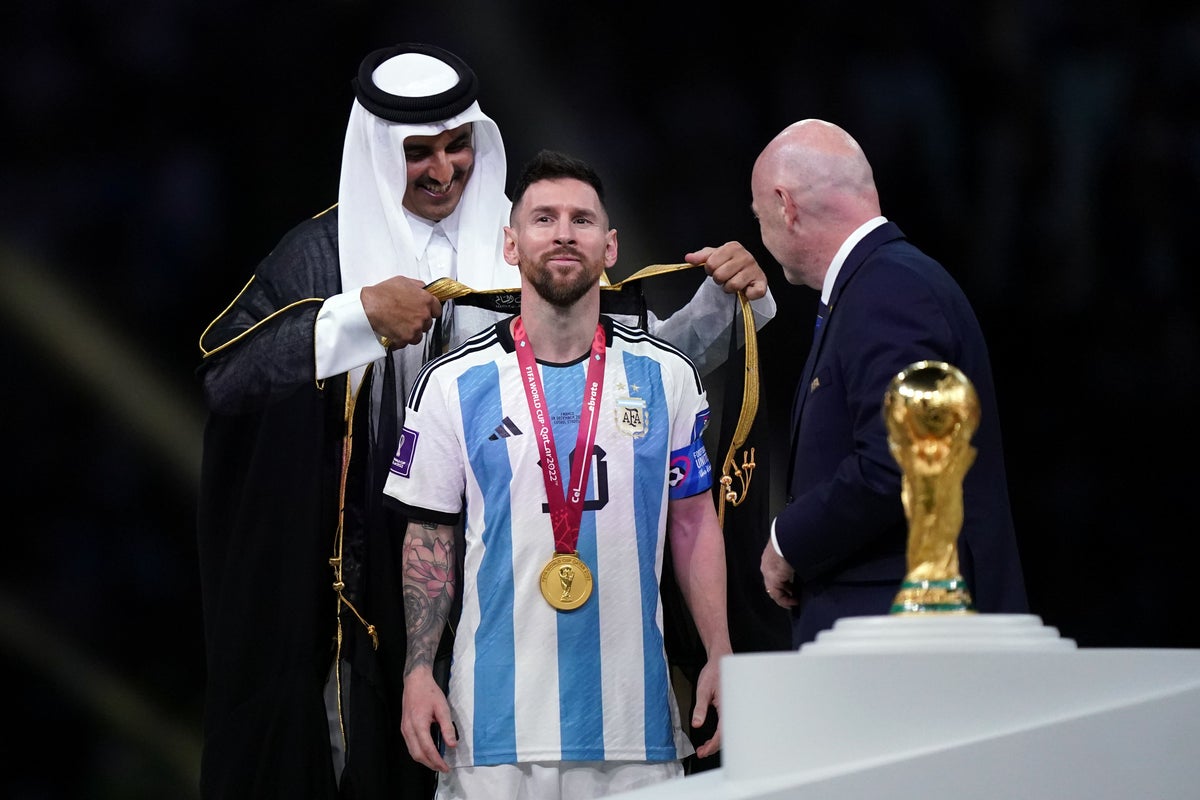 A black tunic worn by Argentina captain Lionel Messi was presented to him as a “mark of honour” when he lifted the World Cup trophy in Qatar.

The bisht, a thin transparent traditional Arab cape, was donned by the emir of Qatar on Messi before he joined his euphoric teammates as they celebrated their thrilling victory over France.

Some viewers and broadcasters, unfamiliar with the garment and its meaning, were puzzled, but one academic explained that it was Qatar’s way of honoring Messi.

Dr Mustafa Baig, a professor of Islamic studies at the University of Exeter, told the PA news agency that the bisht is a formal robe worn by royalty, dignitaries, grooms on their wedding day and graduates in graduation ceremonies.

“So only a select few people would actually use the bisht,” he said.

Speaking about Messi wearing the garment, Dr Baig said: “They basically honored him by putting it on his shoulders.

“It’s like a mark of honor, and a kind of cultural welcome and cultural acceptance.”

Dr. Baig said that it also represents the national dress of Qatar, but only on important occasions.

“And this is a great occasion. I mean, there probably isn’t a bigger occasion, so they put it on as a mark of honor,” she said.

Dr Baig said he saw it as “Messi’s embrace of local culture”, adding that it was “a very good thing” for Qatar and a “smart thought” on their behalf.

He said that the bisht is a garment more associated with the Gulf countries and not common in all Arab countries.

“They basically honored him by putting that on, just to acknowledge him as one of their own for that little moment,” he said.