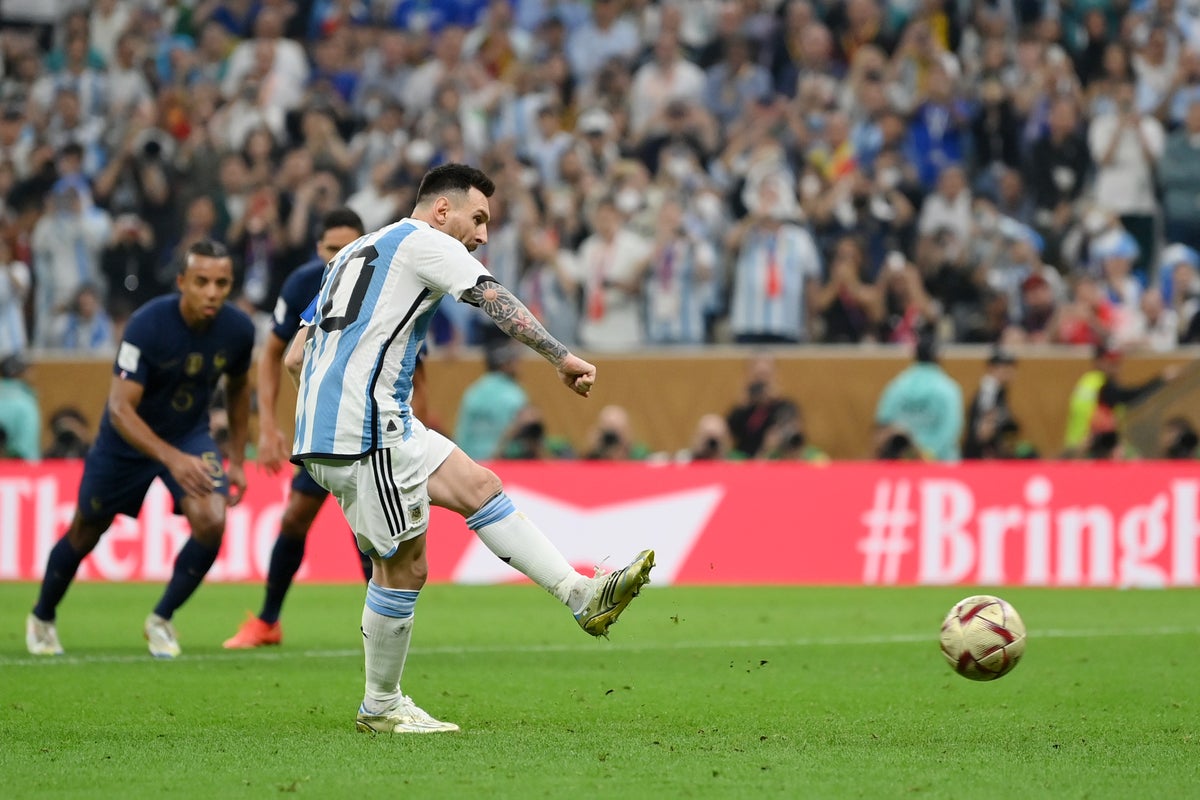 Lionel Messi scored the opening goal of the World Cup final on Sunday (December 18), giving Argentina a first-half lead over France by scoring a penalty, which you can watch below.

Di Maria hit the grass and referee Szymon Marciniak pointed to the spot where Argentina captain Messi scored his penalty.

The 35-year-old rolled the ball past Hugo Lloris’s left into the France net for his sixth World Cup goal for Qatar, his fourth from the penalty spot.

Two-time champions Argentina came up short in the 2014 final in Brazil, with Messi and Di María on the field but unable to score as Germany won 1-0 after extra time.

See also  England ‘silencing the critics’ to strike fear into others at World Cup
Advertisement. Scroll to continue reading.
In this article: