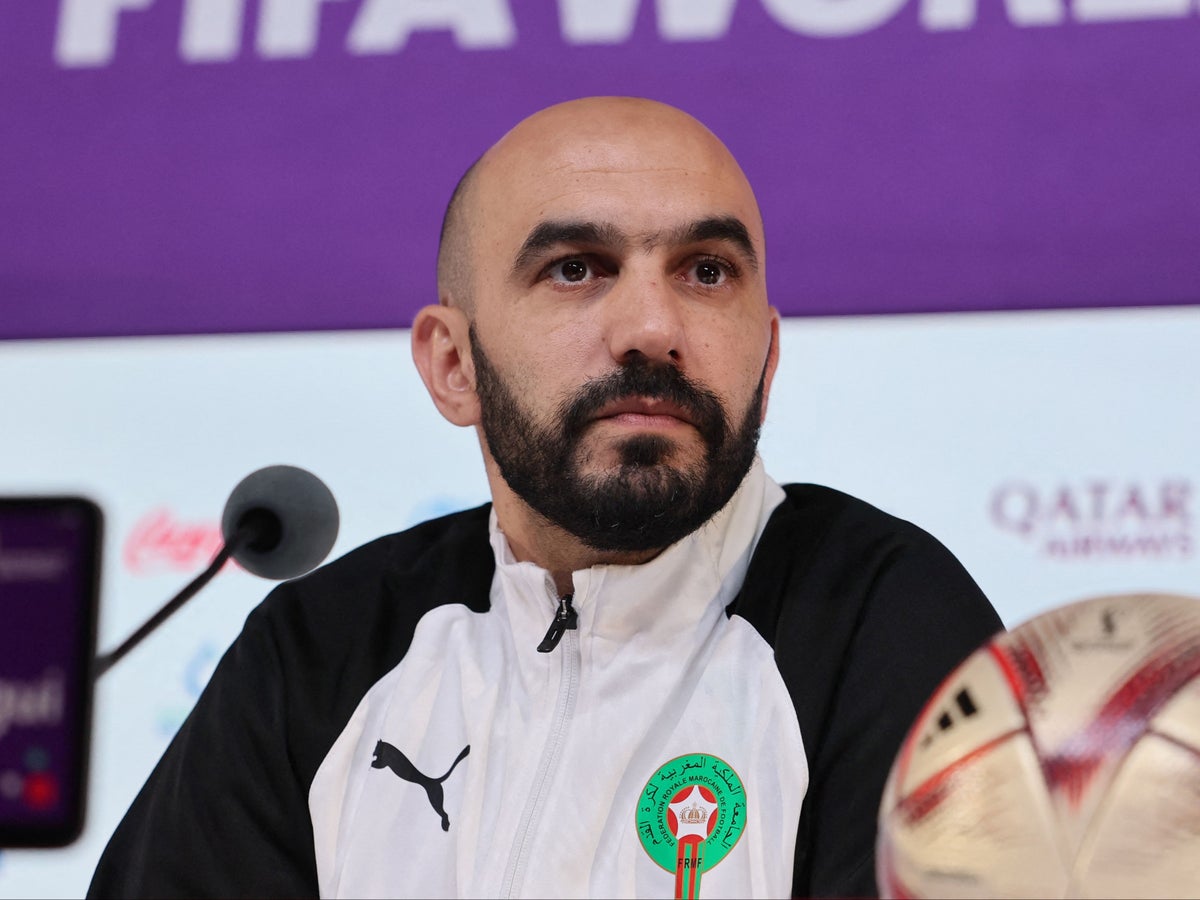 Morocco head coach Walid Regragui admits that the World Cup third-place tie is the “worst game” to play, but he still wants his team to become the first African nation to win a medal in a final.

After beating Belgium, Spain and Portugal to reach the semi-finals, Morocco lost 2-0 to defending champions France, their record-breaking run coming to an end in Qatar.

They will now face Croatia at the Khalifa International Stadium on Saturday to battle for the bronze medal, having already become the first African nation to reach a World Cup semi-final.

While Regragui said the match was “the worst game to play” and compared it to winning the “silly prize”, he is eager to succeed.

“We would like things to have gone differently and play the final but there is another game to play, we would like to be on the podium,” he said.

“We know that Croatia also wants to finish in third place, we played against them in our first game, so it will be good. Physically it will not be a walk in the park, they have had one more day of rest.

“We need to clear our heads a bit but, when you come out of a semi-final, the first time we’ve been in one, emotions were running high and it was quite difficult. However, my players still have that appetite to want to finish well and they know they still have a game to play with everything to play.

“Third third is not the same as finishing fourth and we want to take home a medal.”

Regragui also backed the Moroccan Football Association’s official complaint to FIFA after they were not awarded a penalty during the semi-final, instead seeing Sofiane Boufal booked when she appeared to have been fouled by Theo Hernandez.

“In love and in war, anything goes, our FA wanted to file a complaint, I feel they did the right thing but that doesn’t change anything for us,” he said.

“After the game we will think about what the future holds for us. We will have a completely different state after the World Cup.

“I really don’t need to motivate my team, we are at the World Cup representing Morocco. We even want to win friendlies, so the goal is to get that third place, we want to go up in the Fifa ranking. If we finish third in a World Cup, we will really move it up.

“We want to show what we are made of and also pave the way for the future of Moroccan football.”

Regragui confirmed that skipper Romain Saiss will not be fit for the final, having risked his captain only “60-70 per cent” in the semi-final, a decision that fell flat when he limped off after just 20 minutes.

“We lost our captain Romain Saiss during the match, we took a risk but it was worth taking the risk,” added Regragui.

“We wanted to go out into battle with him at the head of the battalion. We have another couple of players injured, but we’ll see how he goes.

“We really push our players to the limit, but they still want to go out tomorrow and play again, but we’re going to take risks again. Romain Saiss is out, he has been ruled out of this match for third place”.