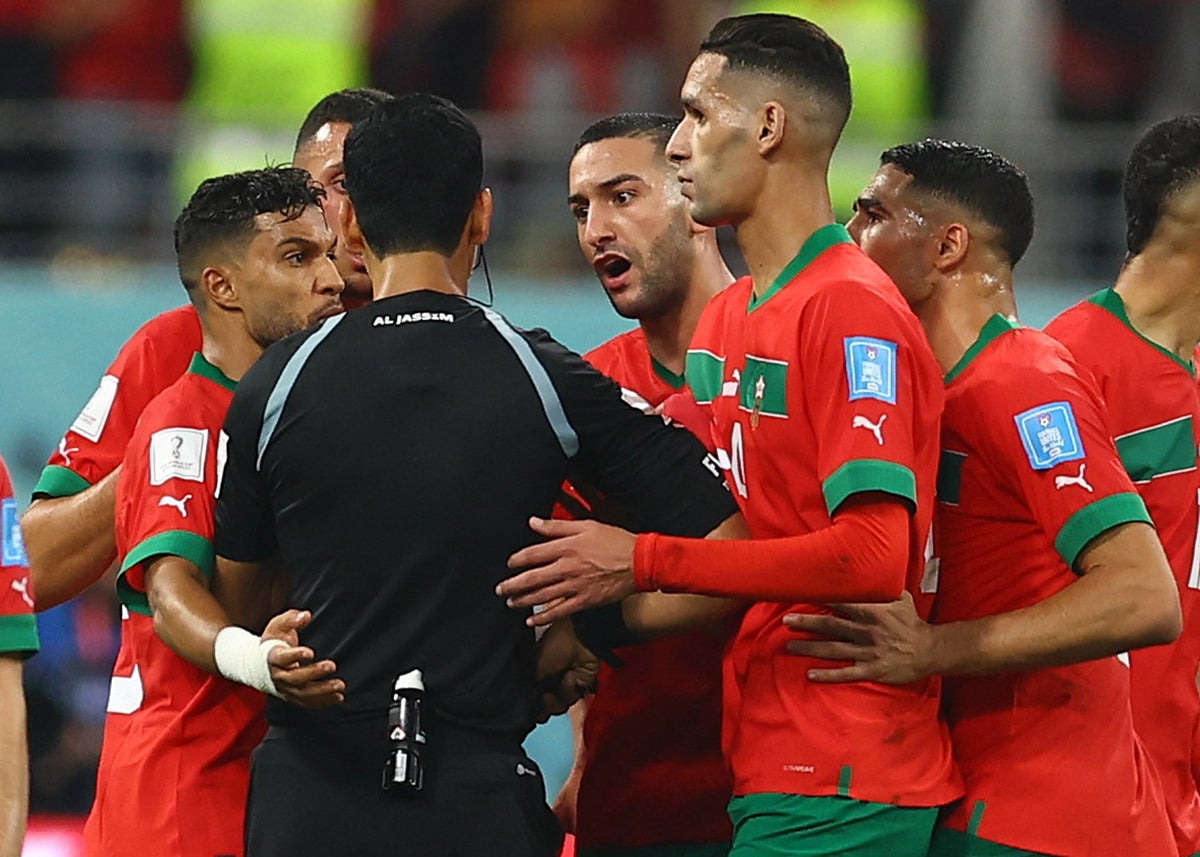 An innocuous moment for many, but when Yahia Attiyat Allah roared into the referee’s face half an hour into this World Cup third-place match, you understood how much this really meant to Morocco.

The Angers midfielder dove in from the left and exchanged passes with Bilal El Khannous to drive through the heart of Croatia. And just when Boufal was about to apply the decisive shot, Josip Sutalo stopped the play with a fantastic block.

Instinct told you it was a corner, but upon further inspection, there was a clear detour to Boufal. Morocco were outraged though, this was no time for despair, with the game finely balanced at one each.

But this Morocco plays on the edge, brimming with passion and, admittedly, sometimes guilty of letting it run wild.

And yet, first through Achraf Hakimi, who was off the blocks like Usain Bolt and quickly facing Al-Jassim, the PSG star was joined by four furious teammates. All of whom could squeeze into a phone booth.

It was an illustration of what this journey has meant to a special group of players.

Croatia also showed mental resilience and composure to play again, which was part of Morocco’s frustration.

Slightly below the intense level that has captivated fans around the world, a bruised Morocco has bounced back for the last time after France ended their hopes of immortal status. Walid Regragui reiterated that the Atlas Lions had “fought to the end” and would do so again here.

So it was refreshing to see this playoff for third place, a matchup mocked by many, act as a compelling appetizer for Sunday’s main course.

Managers often use it as a pity party for the nice tourists who tag along on the trip, helping in training and acting as a cover.

Morocco did shuffle the package, but retained the same ingredients that dragged this team to the brink of glory, after emerging as the first African semi-finalists.

“It’s going to be difficult on a mental level,” admitted Regragui. “The important thing is that we present a good image of our team and that football in Morocco is not far from the highest levels.”

You could see that mental strain as Morocco clicked into top gear for the last time, unable to navigate that glorious red and green.

As Morocco began to chase and with Luka Modric’s midfield dominance bringing them to breaking point as his magnetic control repelled the press, a tormented Azzedine Ounahi smashed the ball onto the grass in frustration after conceding the free-kick.

The passion wasn’t limited to Morocco either, with Andrej Kramarić walking off the pitch in tears after rekindling his career in Qatar.

Worried about a likely sideline period, sure, but the Hoffenheim striker also shared an intimate moment with Zlatko Dalic after dragging his heels over the chalk to exit football’s greatest stage.

While the bench stormed to the edge of the pitch following the baffling decision not to award a penalty after Sofyan Amrabat hit Gvardiol’s heel.

There was time for one more chance. Youssef En-Nesyri pulled his shirt over his face after leaping over Ivan Perisic in stoppage time, his header hitting the crossbar. Hopes for a consolation for this famous trip were extinguished, but we all understood how this really mattered.