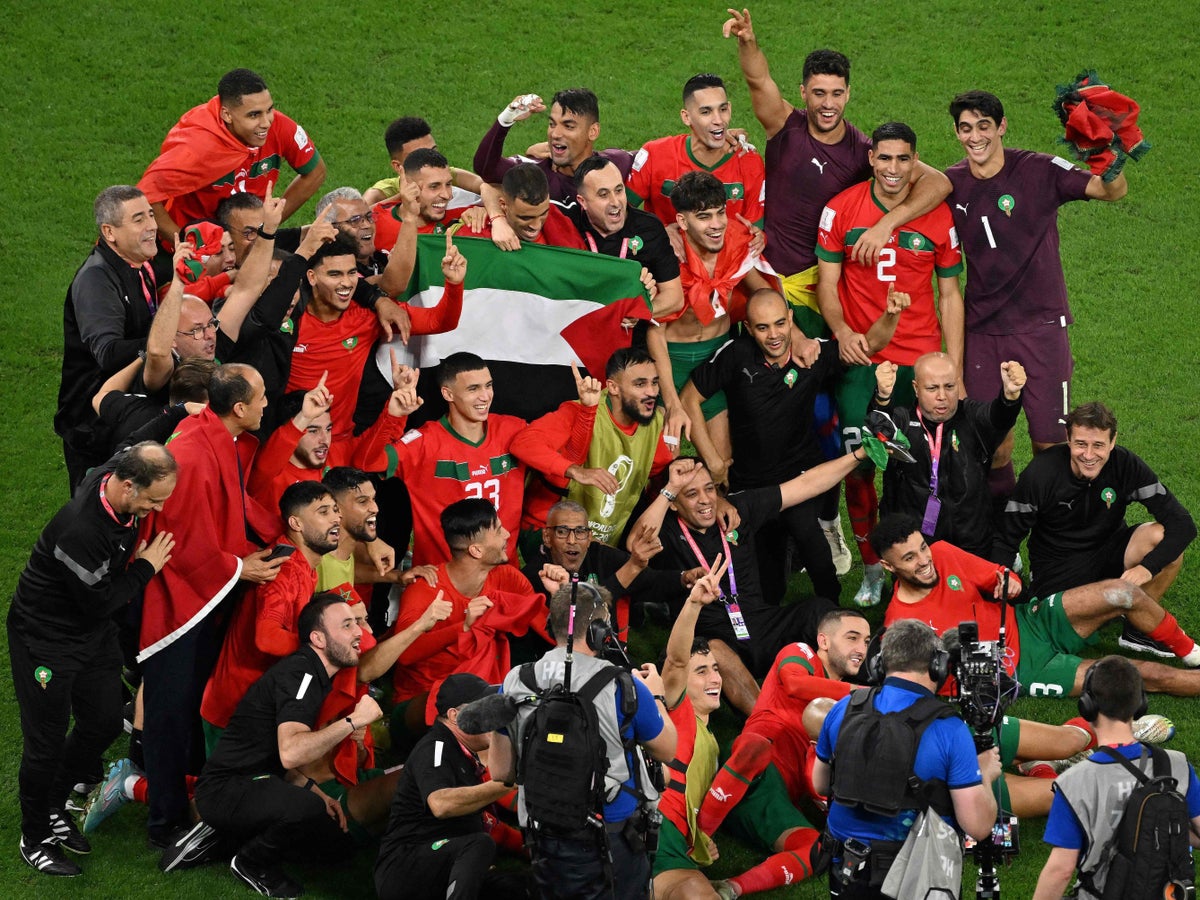 Morocco finally has its World Cup. The country that has spent so much time trying to host the competition has probably done better and become the story of it.

It was quite a beautiful thing in Education City, which witnessed a nation-building moment. That was what the victorious Moroccan players symbolized most as they bowed in front of their exuberant supporters, a moment of communion.

“When you have heart, energy and love, you win games,” head coach Walid Regragui said.

And yet, there is a complicated truth in Morocco’s sheer joy of the moment.

Hosting this World Cup in Qatar makes it probably the most problematic ever, and it should never have been here. The first hosts in this region should have been Morocco, given their football culture, given how long they wanted it.

And yet, geography is part of the story being made.

Note the names. Because it’s not just Morocco coming together. Such is the region.

That could be heard in Sofiane Boufal’s comments.

“Thanks to all the Moroccans around the world for their support, to all the Arab people, to all the Muslim people,” said the striker. “This victory belongs to you.”

It is something that they have wanted for a long time and that they fully deserve. The King of Morocco, Mohammed VI, spoke of how they “blazed a trail”.

This regional unity could also be seen, in a moment of greater importance, on the pitch after the match. There, Morocco followed all the other Arab countries in the World Cup by raising the Palestinian flag.

All the squads have made such a distinctive point of this, to make sure it is seen around the world, with that tying into the ongoing story of how much Israeli media has encountered hostility in Qatar.

There is a lot to this, especially given the tensions between some countries in the Middle East and North Africa. There is also a broader discussion about how the Palestinian flag has been so visible, in a World Cup that both FIFA and Qatar insist should be apolitical, when there have been such concerted attempts to remove the rainbow flag.

It is obvious that both must be allowed. It’s just another complicated theme that is inherent to this World Cup, and makes the staging inherent to the beauty of Morocco’s victory.

“I’m not here to be a politician,” he said. “We want to fly the flag of Africa high, just like Senegal, Ghana, Cameroon. We are here to represent Africa.”

There is an important football point there, which reflects a much larger context. Given that this World Cup, especially through Gianni Infantino, has articulated a growing divide in sport between the West and the Global South, it is fitting that the traditional powers are divided as well; that Africa and the region have that representation.

Had Spain gone through, after all, it would have meant six European and two South American teams in the quarterfinals. That’s the most common quarterfinal split and would have shown the old order reasserted itself despite the fact that it’s supposedly a new era. No more.

It is very good that Morocco has passed. One thing Infantino is right about is that more of the game’s immense wealth needs to spread beyond Western Europe, so that these rich football cultures can thrive, and that is greatly helped by success like this.

While that success is made more unlikely by these economic inequalities, it wasn’t exactly like Morocco defying the odds here. This was a 50-50 game, as the score made clear. Morocco had all the courage for the eventual victory.

Similarly, with surprise teams, there can be a feeling that they aren’t as valuable for as late a stage as the quarterfinals because they ran out of steam, or got that far partly by chance. There is nothing like that with Morocco. They have been heralded as one of the most skilled teams in this World Cup. Nobody is going to want to play them. No one is going to break them easily.

That was something very remarkable about this performance against Spain. Just in the kind of stage where the Spanish passes should have tired them, they should have seen gaps appear, none of that happened. Regragui’s defensive structure remained in shape. And, in the brief moments when a rupture appeared in the collective, the individuals did their best to prop it all up. Sofyan Amrabat and Romain Saiss, in particular, were immense.

They in turn fostered an incredible atmosphere, something truly distinctive in this World Cup. It’s a football culture that has been too easily overlooked amid the dominance of Western Europe and the Champions League. This was the best possible illustration of this, right down to how the Spanish possession was whistled before the Moroccan recoveries and attacks roared. Naturally, it got even better around the time of Achraf Hakimi’s suitably cheeky chip.

The sound was unlike anything heard at this World Cup in terms of how loud it was.

Morocco, in many ways, is unlike any other team left in this World Cup. They are from a different region and enjoy progress in a different way. Each of the other quarterfinalists has been to this stage before. This is news for Morocco, but they are not naive about it.

They have taken over a World Cup that should always have been theirs.