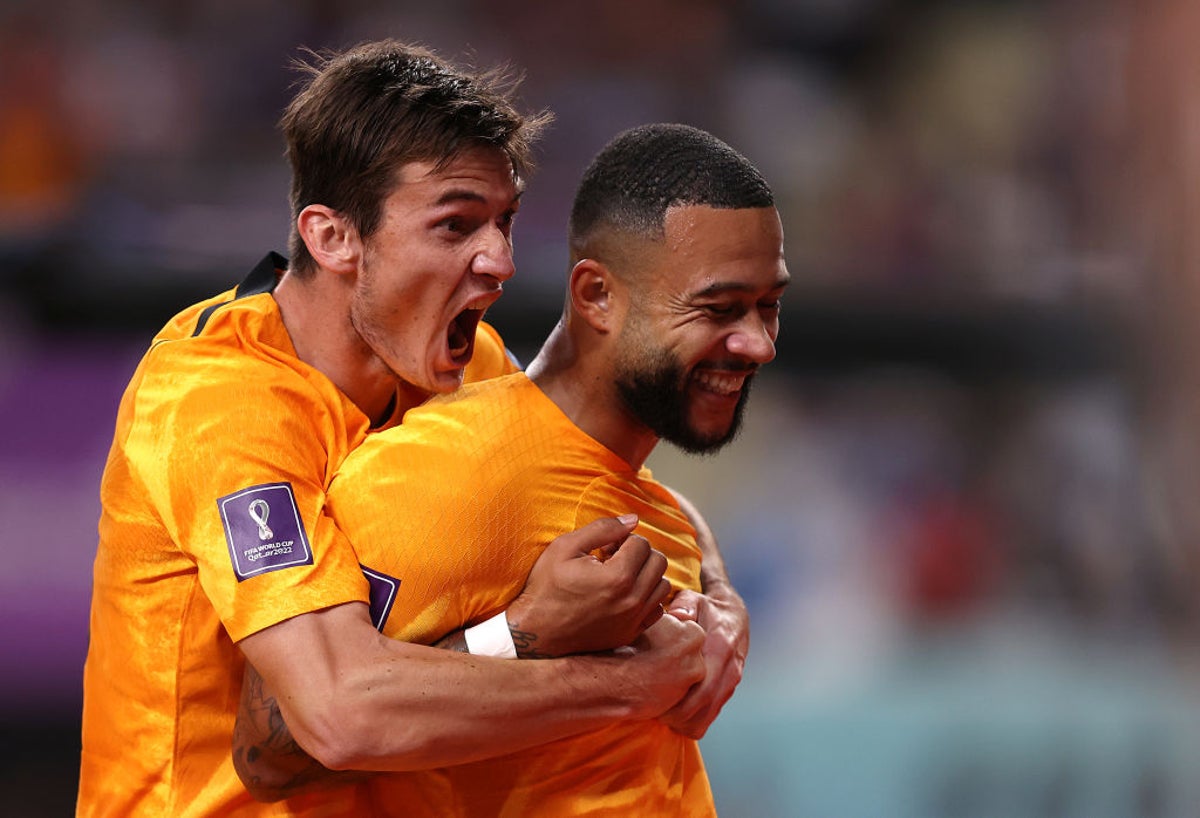 A 2022 World Cup clash between the Netherlands and Argentina conjures up memories of famous goals for decades and Memphis Depay hopes another one can take the Dutch to the semifinals in Qatar.

Dutch fans of a certain era gasp at the memory of Johan Cruyff directing their 4-0 demolition of Argentina in 1974, but then must forget their 3-1 defeat after extra time in the final four years later.

For a slightly younger generation, there was Dennis Bergkamp’s shock triumph in the 1998 World Cup quarter-finals, certainly a happier memory than losing the 2014 semi-final on penalties after 120 goalless minutes, a match that marked the end of Louis Van Gaal’s first game. spell in charge

Heading into Friday’s quarter-final in Qatar, Van Gaal did his best to dampen the romance, pointing to the more defensive nature of modern football, but that could well mean it takes a moment of magic to pull the teams apart.

“(Bergkamp’s goal) was an incredible moment for the country, and what a goal,” Depay said. “This game will be decided by moments. We think we can take a moment and move on.”

Van Gaal, 71, nodded as he listened to the Barcelona winger.

“Football is no longer played like it was in 1998 or 1974 or whatever,” he said. “Then it was an open game that it is no longer. Soccer has evolved but it is always possible, as Memphis has said, to have defining moments that you remember years later, like Bergkamp’s goal.”

The match gives Van Gaal a chance to settle the score from 2014 in what could be his last days as manager. He will step down after this World Cup with Ronald Koeman as he will start working in the new year, and although he plans to leave, he said he could not rule out accepting another role if the right opportunity arose.

“I’m just doing this for the country, it was an emergency situation and I committed to it,” he said. “But never say never. We had a wonderful example in Dick Advocaat. He is older than me and recently got a job (at ADO Den Haag).

“If I am presented with a wonderful challenge, it could well be that I still work, but I am 71 years old, although I look wonderful.”

Argentina go into the match as slight favorites as their form has steadily improved since their shock opening loss to Saudi Arabia, but there is pressure on Lionel Scaloni’s side with this World Cup surely Lionel Messi’s last chance to lift the trophy.

“We prepare for this match in the same way that we prepare for all the others,” Scaloni said. “Of course there is anxiety, we want the game to start now. After five or six days we really want to play but we are calm. I know that the team will break their backs as they have in previous games.

“Sometimes we have played well, sometimes not, but we have always faced our opponents. That is what our people value most. We know that we will give everything on the pitch.