The nature of the loss to India was a tough pill for Pakistan to swallow and leaves them alongside the Netherlands with zero points after the first round of matches. the Pakistani The seam bowlers cut India to 31/4 within 7 overs. But a superb partnership between Virat Kohli and Hardik Pandya pushed the game to the limit.

Nawaz couldn’t control his nerves in the final after defending 16 runs, and Kohli led India to a famous victory. Pakistan will be hungry for some points and the board will be tough against Zimbabwe today.

Zimbabwe had to face South Africa, in their first Super 12 match. In a rain-reduced match, despite the collapse of the top order, they recorded 79/5 in their allotted 9 overs.

In response, South African starter Quinton de Kock came out with all his guns blazing to dent Zimbabwe’s chances in the match as the Proteas raced to 51/0 from three overs. But the rain gods had other intentions, the timely rain saved them as they stole a point and currently sit fourth in the point table.

Sikandar Raza has been the star of Zimbabwe. He has been ably assisted by Wesley Madhevere, Blessing Muzarabani, and Tendai Chatara. The form of Regis Chakabva, Sean Williams and Craig Ervine is a worrying sign and they would want their captain to step up in this match against the men in green.

PAK vs ZIM Head to head

Pakistan and Zimbabwe have met 17 times, with the Men in Green winning 16 times and Zimbabwe having a win under their belt. This is the first time that these two teams have met in the T20 World Cup.

The pitch at this venue is generally good for batting, while fast bowlers will also be interested due to the pace and bounce of the surface. The Captain who wins the toss will elect to pitch first as a spray is expected in the bottom half of the second inning.

Star Sports is the official broadcaster of the ICC T20 World Cup 2022 in India. Hence, the Star Sports channels broadcast all the matches of the tournament in India. The live stream will be available on Disney+ Hoststar, where fans with subscriptions can enjoy the games.

In Sri Lanka, Siyatha RV will present the live action of the ICC T20 World Cup 2022.

In Pakistan, PTV Sports and Ten Sports will present the tournament to viewers.

In Nepal, Star Sports will broadcast the tournament.

In Australia, Kayo Sports and Foxtel will present the live broadcast and live stream of the tournament.

In New Zealand, Sky Sports will present the live broadcast of the tournament.

In South Africa, SuperSport will present live action from the tournament.

In the UK, Sky Sports Cricket will present the live broadcast of the tournament.

In the Caribbean (Antilles)

In the Caribbean region (West Indies), ESPN will present the live-action of the tournament.

In the United States, Willow TV and Willow Xtra will present live streaming and streaming of tournament matches.

Willow TV Canada will present the tournament in Canada.

In the United Arab Emirates and the Middle East

In the United Arab Emirates and the Middle East, BeIN Sports will present live action from the tournament.

In Hong Kong, Malaysia and Singapore 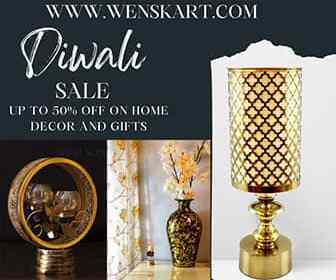