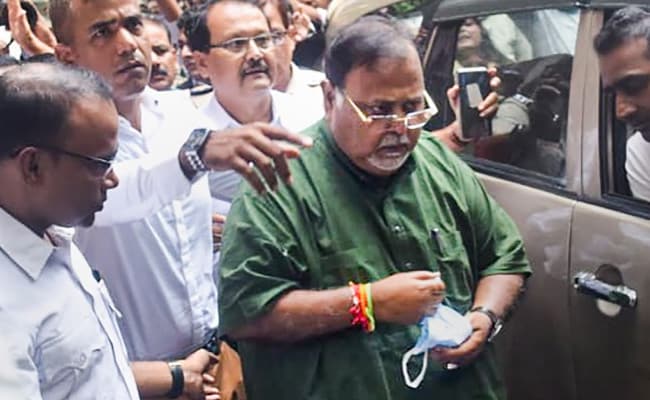 Sovindu Adhikari said that a special trial should be held for the arrested Bangladeshi leader Partha Chatterjee.

Opposition leader in West Bengal state Suvindu Adhikari said on Wednesday that Partha Chatterjee and his close partner should be punished “severely” in response to their prolonged judicial detention.

In a covered attack on Chief Minister Mamata Banerjee, Mr Adhikari told ANI that Partha Chatterjee took a bribe worth Rs 800-1000 crore under the influence of Ms Banerjee.

He said, “These people should be severely punished. A special trial should be conducted… Under the influence of Mamata Banerjee, Partha Chatterjee took a bribe of Rs 800-1000 krona and destroyed the dreams of unemployed youth.”

“It is a shame that the poor have nowhere to live and politicians are buying apartments to hide their illegal money. Corrupt people should be punished according to the law,” he added.

In response to Ms. Banerjee referring to him as a “qadar”, Mr. Adhikari stated that everyone knows who “Jar” is or not. It should check itself first.

He added, “The Nandigram election results speak for themselves, and people are aware of who (Wall) is and who isn’t. People have answered this, so I won’t say much more than that.”

The Kolkata Anti-Money Laundering Prevention Act (PMLA) court had earlier extended the period of judicial custody due till August 31.

Partha Chatterjee and Arpita Mukherjee were arrested last month by the Enforcement Directorate in connection with the recruitment scam.

The investigative agency has recovered around Rs 50 crore cash, foreign currency, jewellery and gold biscuits in connection with its scam raids.

Chatterjee served as Minister of Education from 2014 to 2021 in the Trinamool Congress Government in West Bengal.

After Ms Chatterjee’s arrest, he was removed from his position as minister and removed from the Trinamool Congress.