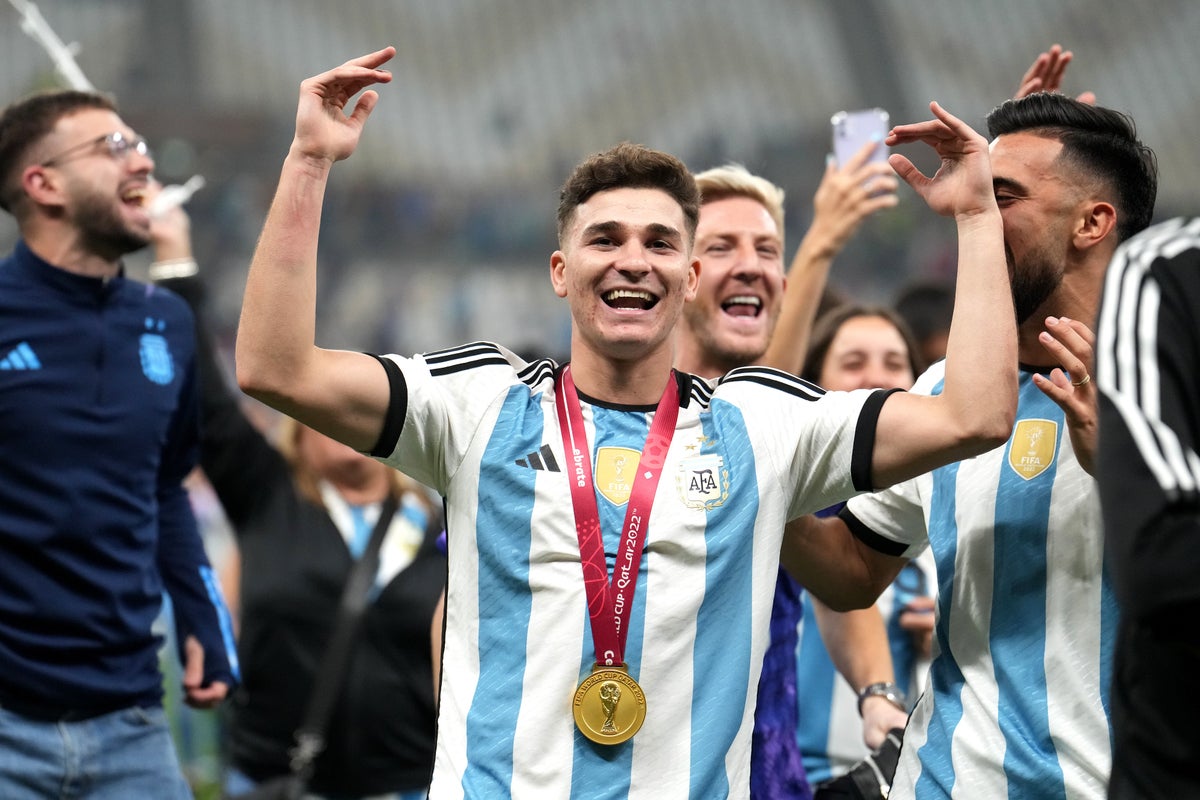 City striker Álvarez played a key role in his country’s triumph, while for Messi, who enjoyed great success under Guardiola at Barcelona, ​​it was the crowning glory of an outstanding career.

Former City defender Nicolás Otamendi also played a big part in the success, which was sealed in a penalty shootout against France in a remarkable final on Sunday.

Guardiola said: “For Julián, we are delighted. He played a lot and his contribution was incredible for the team, because of the way he played. We have a world champion on our team.

“We are incredibly happy for him. Congratulations to him, to Nico Otamendi and, of course, personally to Leo Messi, to Argentina as a country, well-deserved champions”.