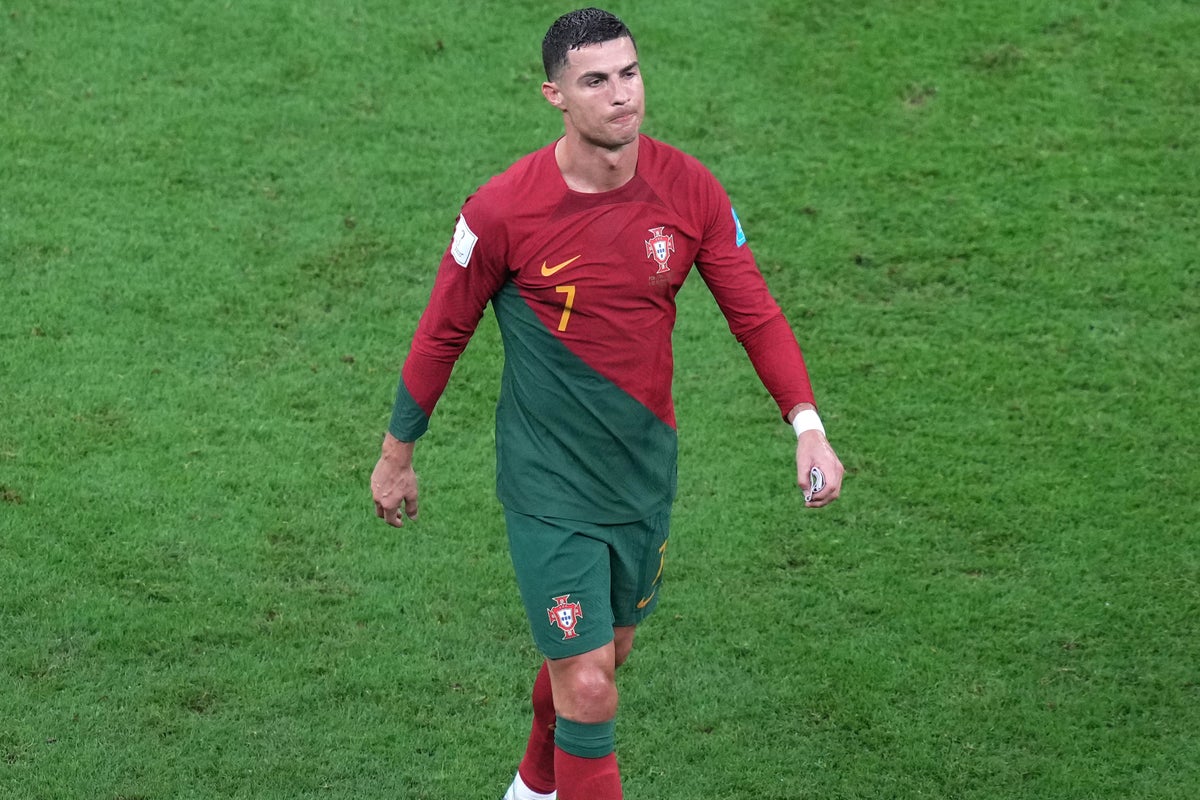 After the 37-year-old was left on the bench for the Selecao’s 6-1 win over Switzerland in the round of 16, rumors surfaced that there were arguments between the player and manager Fernando Santos.

The legendary striker reportedly threatened to leave Qatar ahead of the crucial draw against the Swiss.

The friction appears to have arisen due to Santos’ anger at the way Ronaldo responded to being substituted against South Korea, resulting in Goncalo Ramos getting the nod in the starting line-up.

He came on as a second-half substitute against Switzerland, but it was the first time since Euro 2008 that the former Manchester United, Real Madrid and Juventus striker had been left out of the starting line-up at a major tournament since Euro 2008 and he held summit talks. with Santos on Wednesday.

Reports circulated on Thursday that during those discussions Ronaldo, who also acted petulantly during his final weeks as a United player before the club terminated his contract, warned that he would turn his back on his country and leave Qatar before the quarterfinals. Saturday final with Morocco. .

But the FPF quickly shut down the speculation, insisting that Ronaldo has an “unquestionable degree of commitment to the national team.”

A statement said: “News broadcast this Thursday reported that Cristiano Ronaldo threatened to leave the team during a conversation with Fernando Santos, the national coach.

“The FPF clarifies that at no time did the captain of the team, Cristiano Ronaldo, threaten to leave the team during practices in Qatar.

“Cristiano Ronaldo builds a unique career every day at the service of the national team and the country, which must be respected and which attests to the undoubted degree of commitment to the national team.

“By the way, the degree of dedication of the player most internationalized by Portugal was demonstrated again -if necessary- in the victory against Switzerland, in the round of 16 of the 2022 World Cup.

“The national team (players, coaches and FPF structure) is, as it has been since day one, totally committed and enthusiastic in building what the country wants to be Portugal’s best participation in a World Cup”.

PA contributed to this report