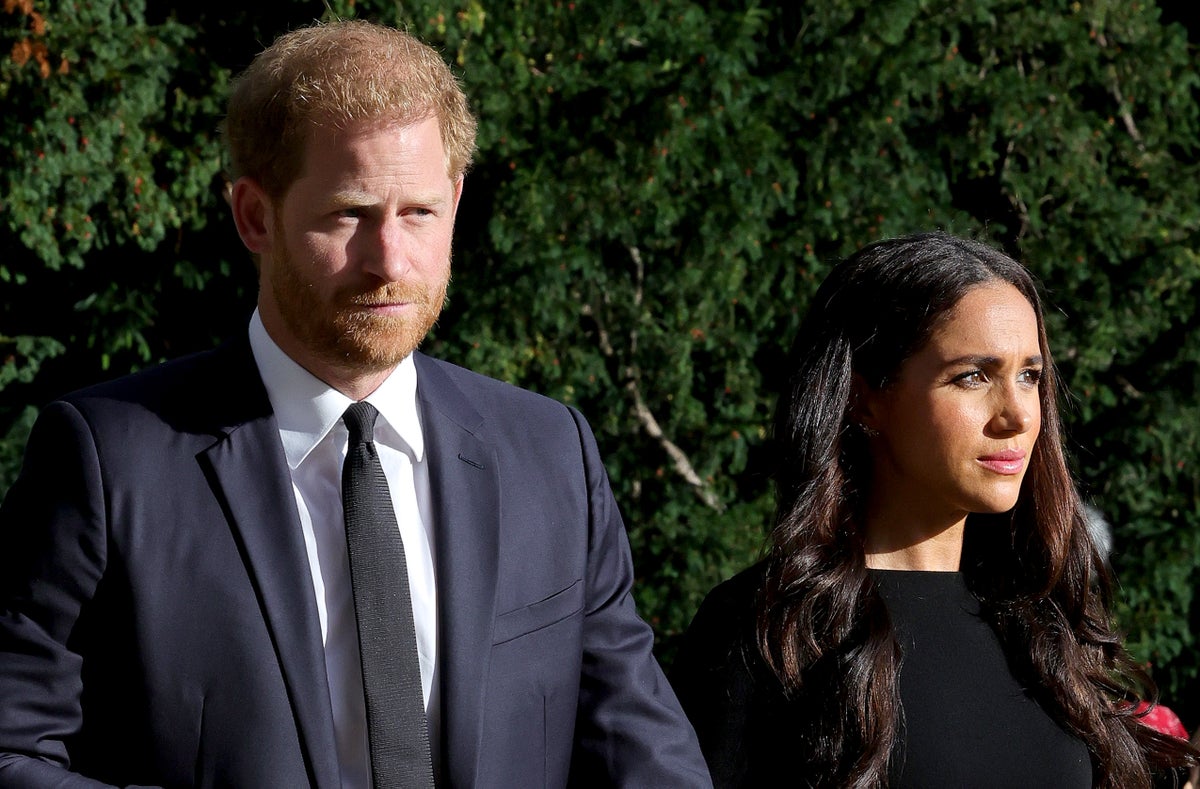 Prince Harry told mourners “it’s a lonely place up there without her” as he publicly addressed the Queen’s death for the first time yesterday afternoon outside Windsor Castle.

Harry was accompanied by the Duchess of Sussex outside the castle, and alongside Prince William and Princess Kate, they admired the floral tributes and messages left for the Queen.

The foursome stepped out to meet members of the public, thanked them for coming, and received well-wishes from people who stood for hours to see the two royal couples.

“It is a lonely place up there now without her,” Harry told members of the public.

“Every room she was in, we felt her presence throughout,” he added.

Despite years of speculated rifts between the brothers, William reportedly invited his brother and Meghan to observe the tribute to the Queen yesterday afternoon.

A royal source said: “The Prince of Wales thought it was an important show of unity at an incredibly difficult time for the family.”

This is the brothers first public appearance since the unveiling of a statue of their mother, Diana, Princess of Wales, in July 2021.

They both attended a service of thanksgiving for the Queen’s platinum jubliee in June but did not speak.

William issued a heartfelt tribute for his grandmother, calling her “our extraordinary Queen”.

“I knew this day would come, but it will be some time before the reality of life without Grannie will truly be real,” he said.

“I will honour her memory by supporting my father, the King, in every way I can.”

The Queen’s state funeral at Westminster Abbey has been confirmed to take place on Monday 19 September. The coffin bearing the Queen’s body left Balmoral Castle earlier and has arrived in Edinburgh, where it will lie at rest in St Giles’ Cathedral.